New START treaty, which limits the number of strategic nuclear warheads held by Russia and the US, comes to an end in February 2021, and the two nuclear power have agreed to start nuclear arms negotiations in June.

After their first round of talks, the US and Russia hope to meet for the second round of nuclear disarmament talks as soon as possible, perhaps as already in late July or early August.

China, which has not been party to any past agreement to limit nuclear arsenals, has been invited to join the talks but never sent its delegation to Vienna. 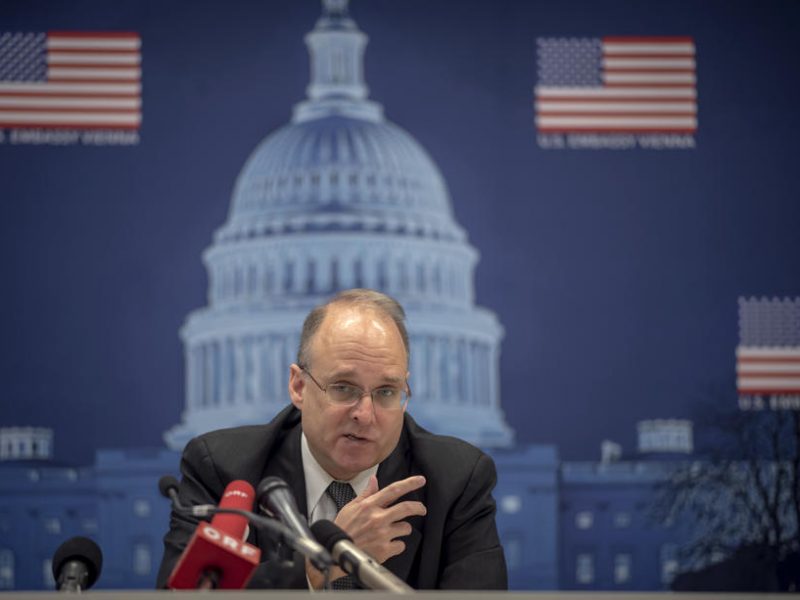 US Special Representative for Arms Control, Marshall Billingslea, condemned the Chinese absence from the talks on Wednesday (8 July) but said he sees a positive evolution in Beijing’s position and aims to continue efforts to bring it to the negotiations table.

“We… stand ready to meet bilaterally with China in Vienna as a way of settling the stage in due course for a trilateral discussion,” Billingslea said, adding that in his understanding Russia would also welcome China’s participation in the new global arms control architecture.

Despite the positive tone, however, he accused Beijing of seeking to catch up with the nuclear arms capability of Russia and the US.

“China is in fact pursuing a dangerous and destabilising nuclear weapons build-up with the intent ultimately of seeking nuclear parity – either qualitatively or quantitatively – with the US and Russia,” Billingslea told an online EU Defense Washington Forum event.

According to him, Beijing has abandoned its minimal deterrent nuclear strategy.

“The world deserves to know what China is doing,” Billingslea said, suggesting Beijing should disclose what is behind its “secretive and non-transparent” programme.

A senior Chinese diplomat quoted by Reuters said on Wednesday (8 July) China would be happy to participate in trilateral arms control negotiations with the US and Russia, but only if Washington were willing to reduce its nuclear arsenal to China’s level.

Fu Cong, head of the arms control department of Chinese foreign ministry, reiterated to reporters in Beijing that China has no interest in joining the negotiation with former Cold War-era superpowers, given that the US nuclear arsenal is about 20 times the size of China’s.

“I can assure you, if the US says that they are ready to come down to the Chinese level, China would be happy to participate the next day,” he said. “But actually, we know that’s not going to happen.”

Fu said Washington’s invitation to China was “nothing but a ploy to divert attention” and an excuse for the United States to walk away from the New START extension.

“The real purpose is to get rid of all restrictions and have a free hand in seeking military superiority over any adversary, real or imagined,” said Fu.

Fu maintained China is not “shying away from the international nuclear disarmament process” and is prepared to discuss within the framework of the United Nations Security Council’s five permanent members all issues related to the reduction of nuclear risks.

At the same time,  countries in another landmark nuclear accord, the Open Skies Treaty, met on Monday to decide whether to preserve the treaty without US participation but failed to bring closer their positions.

On 22 May, Washington notified the remaining parties that the US would withdraw from the Open Skies Treaty, allowing unarmed surveillance flights over signatory states, in a move to pull the country out of yet another major global landmark accord.

The move came after months of accusations that Russia had failed to offer full benefits to members.

Most parties to the conference regretted the US withdrawal decision, expressing hope that it would be reversed, while some countries aligned themselves with Washington and called on Russia to “return to full compliance”.

Russia does not regard the US as a partner who is able to negotiate and has lost trust in Washington as a contractor, but there is the need to start restoring it by small steps, Russian Deputy Foreign Minister Sergei Ryabkov told Izvestiya TV after the talks.

Meanwhile, Russia’s defence ministry and other relevant government agencies will take all the necessary measures over the US withdrawal from the Open Skies Treaty, Russia’s Ambassador to US, Anatoly Antonov, said on Wednesday, according to TASS news agency.

Observers have suggested that the failure of reaching an agreement on Open Skies Treaty could lead to a stalemate in the talks over a continuation of New START.