What will happen to post-Brexit defence cooperation after between the UK and the EU? [Shutterstock]

EU and NATO officials have repeated the need for coherence in Europe’s future defence cooperation. However, crucial decisions on EU military project participation and funds have been delayed – also due to the stalemate over Brexit.

With the EU’s permanent structured cooperation (PESCO) framework, launched in 2017 between member states, the EU is seeking to move a common defence union and make the bloc more independent from the United States.

The ultimate idea is for member states’ militaries to plan, spend and deploy together.

A briefing with Brussels-based reporters revealed that the third phase of military projects for the PESCO initiative is meant to be launched this week.

The European Defence Agency (EDA) confirmed those will be submitted for approval in June 2019 to the agency’s 27 participating defence ministries (Denmark has on opt-out).

According to senior EU officials, the 34 existing PESCO projects are still at an “incubation phase.” However, four projects have requested EDA support to move to a more advanced development stage.

They include a cyber response team spearheaded by Lithuania, a secure radio communication system (ESSOR) led by France, an Austrian-led project on chemical, biological, radiological and nuclear (CBRN) agents and a Belgian-led project on mine countermeasures.

Additionally, a new project on military mobility is supposed to be signed by around 20 member states during next week’s EDA board meeting.

PESCO’s state of play will be on the agenda of a joint meeting of EU foreign and defence ministers in Brussels next Tuesday (14 May), where member states are set to discuss the implementation progress of the military projects programme. 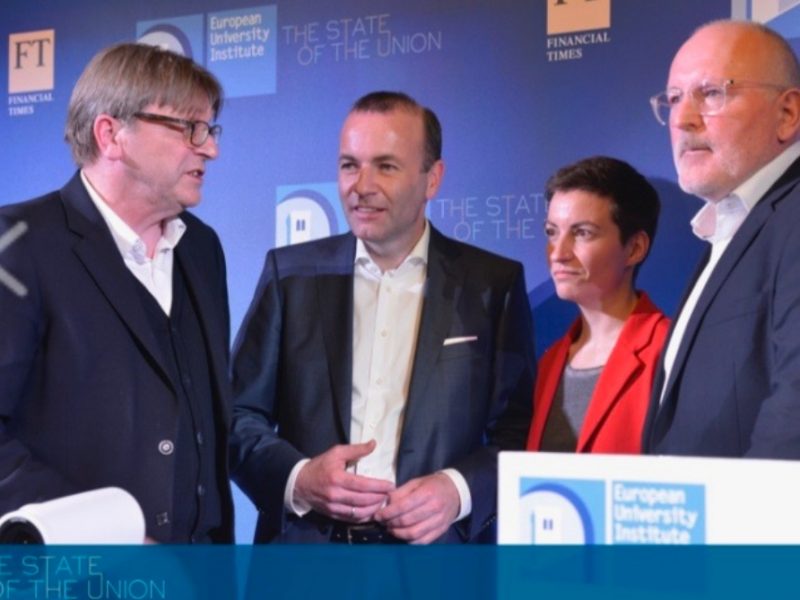 The controversial subject of the EU’s future plans for a common army provoked lively exchanges during the second Spitzenkandidaten debate on Thursday (2 May), just three weeks before the European polls.

With security and defence likely to become one of the …

“The mere fact that we can speak about mixing the EU with common defence projects – no one would have thought that possible a few decades ago,” Pierre Delsaux, deputy director general for the Internal Market and Industry at the European Commission told an event on the future of European defence in Brussels.

But Delsaux added that it would be a challenge to ensure that the newly established European Defence Fund is a project “where everybody is on board”. The fund’s budget and third country access to it still need to be finalised.

“Third country participation is an extremely sensitive question,” he told the audience.

The security partnership between mainland Europe and the UK is one of the big unknowns of the EU’s security agenda this year.

But without a post-Brexit security agreement between London and Brussels, the UK is expected to miss out on several European initiatives, such as PESCO or the EDF. The decision on the UK’s future participation as a third country has already been postponed several times.

UK officials told EURACTIV that a possibility of separate security treaties between the bloc and Britain had been examined, but at the current stage of the Brexit negotiations, the talks hinge on whether the Political Declaration, which includes provisions on foreign and security policy, is passed by the House of Commons. 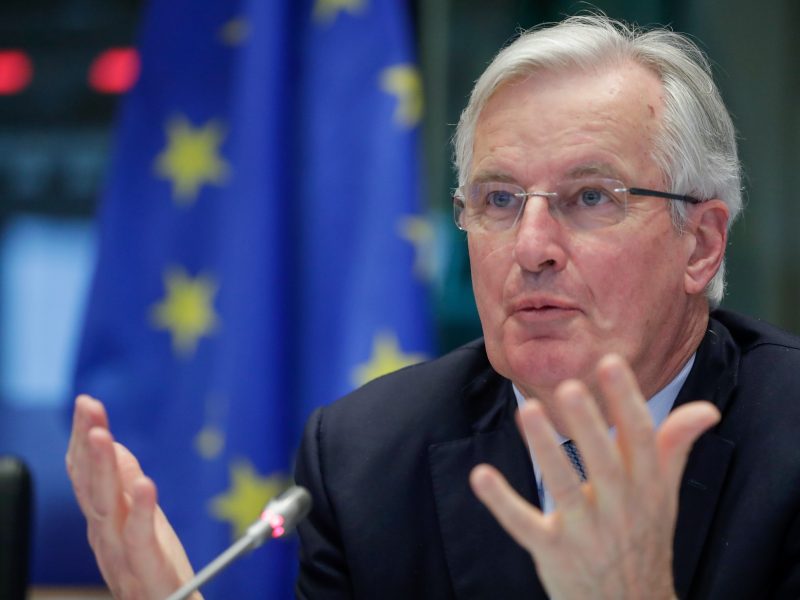 The EU should prepare for the implications of a no-deal Brexit on the future security partnership with the UK, the bloc’s chief Brexit negotiator, Michel Barnier, told the European Parliament’s foreign affairs committee on Tuesday (2 April).

Moreover, Washington is also pressing for US companies to be given the chance to join some of the new EU projects.

It is also possible for third-country companies, for example from the US, to benefit from the fund, on condition that they participate in a consortium and the money goes to their affiliated EU partners.

Another provision in the text proposed by the European Commission is that countries such as Norway, Iceland, and possibly the UK after Brexit, will be treated exactly like an EU member state.

Talks on this are frozen pending the Brexit talks, Delsaux told an audience in Brussels.

“There is a need for coherence, in terms of input and choosing projects,” Camille Grand, assistant secretary general for defence investment at NATO, told the same event.

Some NATO experts in the past had worried that EU defence programmes could encourage national governments to cut domestic defence spending.

But Grand said he does not see this as a problem as the EU programmes are designed to complement national spending.

He also called for third-country participation to be clarified.

“Countries like Norway will be fully involved as associate members and then there is a big question mark around Britain – both countries with a significant arms industry,” Grand said.

“All of them, especially NATO non-EU allies’ industries, are active on the European market and it is important to recognise that the EU defence market has a strong transatlantic dimension.”

“The EU defence market is the second largest export market for the US, so the notion that we are two islands that are splitting is not true,” Grand concluded.