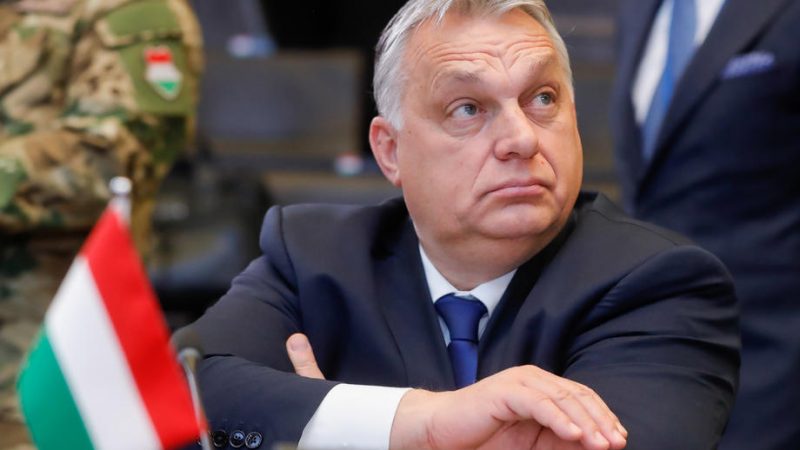 “Regardless of all difficulties, I promise that we will keep the Hungarian-Serbian friendship alive. We will keep the peace, because war destroys, while peace builds. We will realise all plans with your president in this peace,” Orban said. [EPA-EFE/STEPHANIE LECOCQ]

**Updated with previous statements of Hungarian politicians and analyst comments.

Hungary will allow NATO troops to deploy in western Hungary and weapons shipments to cross its territory to other NATO member states, according to a government decree published on Monday (7 March).

The decree will allow NATO troops to transit by land and air through Hungary, and into Hungary west of the Danube. It also allows NATO forces to transit in other instances, such as participation in exercises and training missions, except in cases where their final destination is Ukraine.

In February, NATO looked at deploying four new battle groups in southeastern Europe. Some 1,000 troops would each be sent to Bulgaria and Romania, and potentially Slovakia and Hungary, to respond to Russia’s military build-up in Ukraine, diplomats said.

However, the question was whether Hungary, whose Prime Minister Viktor Orbán is wary of infuriating Russia, would agree to host such a unit. 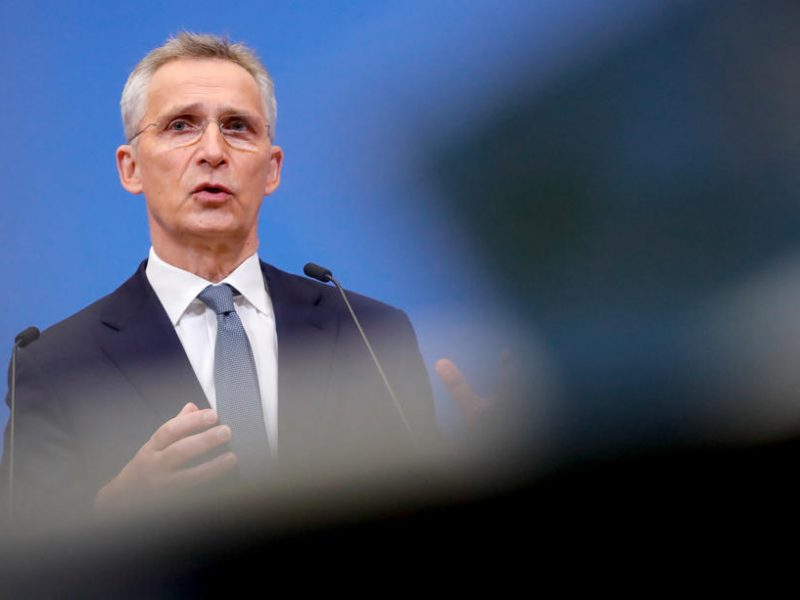 As NATO defence ministers meet in Brussels this week amid US warnings of an imminent Russian invasion of Ukraine, they are set to come up with a detailed plan for four new battle groups in southeastern Europe.
The plan could establish …

Monday’s decision seems to backtrack on multiple previous statements by Hungarian politicians that no additional NATO troops are needed in the country.

“The Hungarian defence forces can protect Hungary, and no additional forces are needed,” the foreign minister added, according to state news agency MTI.

Early on into Russia’s invasion of Ukraine, Hungary had said it would not send weapons to Ukraine and would not allow lethal weapons to transit its territory to keep the country safe.

The new decree states that Budapest is sticking to its decision not to allow lethal weapons shipment to pass through its territory to Ukraine, but only to other “allied member states”.

This is “to apply a stricter national policy in order to protect its essential security interests”, the decree stated.

Nevertheless, it allows for the transfer of military equipment ultimately intended for the Ukrainian army to other allied countries and wholly allows the passage of non-lethal aid.

However, some do not see the new decree as a clear U-turn for Hungary’s policy towards its eastern war-torn neighbour.

“First, there is no information available about the invitation of NATO troops, or ongoing negotiation about the deployment of any military contingent, any allied NATO country, to Hungary”, Hungarian analyst Dániel Hegedüs from the German Marshall Fund told EURACTIV.

The analyst also did not see the overall approach to Ukraine to have changed.

According to Hegedüs, despite the “compromises and gestures towards NATO, and especially towards our Polish friends, with whom we are moving towards the joint line of the NATO countries, there is still a balancing act and dance on the part of Prime Minister Viktor Orbán”.

Speaking at a campaign event last Friday, parliament speaker László Kövér, a close Orbán ally, said that in his view, Hungary will not benefit from this conflict, “no matter what the outcome, we are already the losers,” hvg.hu reported.

“It is not right to invade another country, it is not right for them [Russia] to decide whether Ukraine can be a member of the EU or NATO, but is it peace or conflict to push the NATO front line into what was once Russia’s sphere of interest?”, Kövér reportedly said.