Borissov: “I’m a suspicious man. At this time, who would say this is a certainty?" [Shutterstock]

Bulgaria’s Premier Minister Boyko Borissov said on Thursday he was not sure that Russia was behind the Salisbury poisoning case, which has soured relations between the UK and Moscow, and insisted that it is more important to identify the “sponsors” of the attack.

Speaking to Bulgarian journalists ahead of the 22-23 March summit, Borissov said: “I’m a suspicious man. At this time, who could say this is a certainty?”

The Bulgarian premier also stressed that this is the message he would deliver to his EU counterparts.

“I’m going to say to the summit what I am saying now. I have been involved many years in numerous criminal investigations […] actually it’s never what it looks at first sight.”

Borissov, whose country holds the EU Presidency, was also asked by EURACTIV if he would advise the UK to cooperate with Russia in the investigation.

“For me to give advice to the UK and Russia, who have FSB or the former KGB, and Mi5 and MI6, would be immodest. What is important for me is that the sponsors of this crime be identified because they can sponsor everything and everywhere,” he replied. 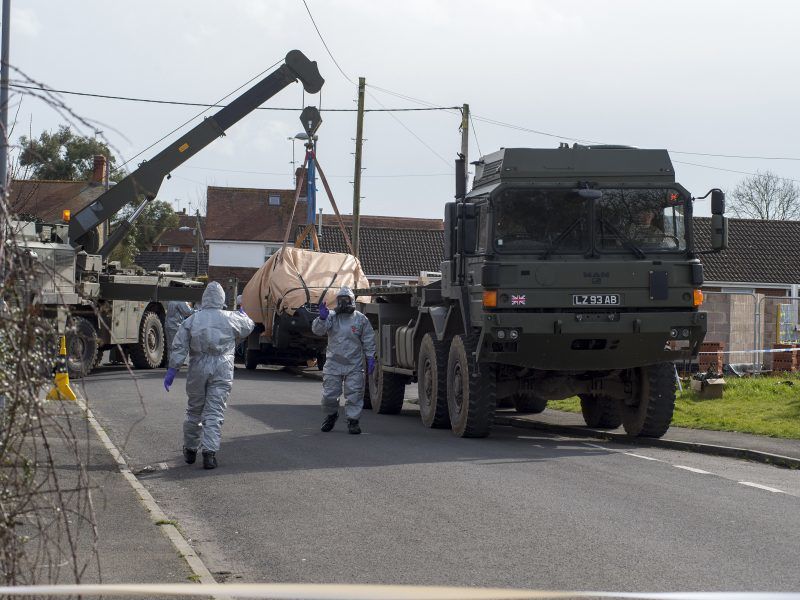 “But the indisputable fact is that it is necessary to expose the perpetrators and above all the sponsors […]  because if it is possible that military grade poisonous gas is used in a restaurant, affecting 150 people or more, the same can happen here in Brussels,” Borissov warned.

The poisoning of Sergei Skripal, a former Russian spy, and his daughter Yulia in the English city of Salisbury on 4 March has caused a fresh spat between Russia and the West.

The UK and Russia have expelled diplomats in tit-for-tat measures, while London and its NATO allies have put the blame on Moscow.

On the other hand, Kremlin has denied any involvement. “It’s complete drivel, rubbish, nonsense that somebody in Russia would allow themselves to do such a thing ahead of elections and the World Cup,” the newly re-elected President Vladimir Putin said, adding that his country was ready to participate in the investigation.

Britain’s Prime Minister Theresa May will seek a united condemnation of Russia by EU leaders on Thursday over what London says was a nerve agent attack in England directed by Moscow.