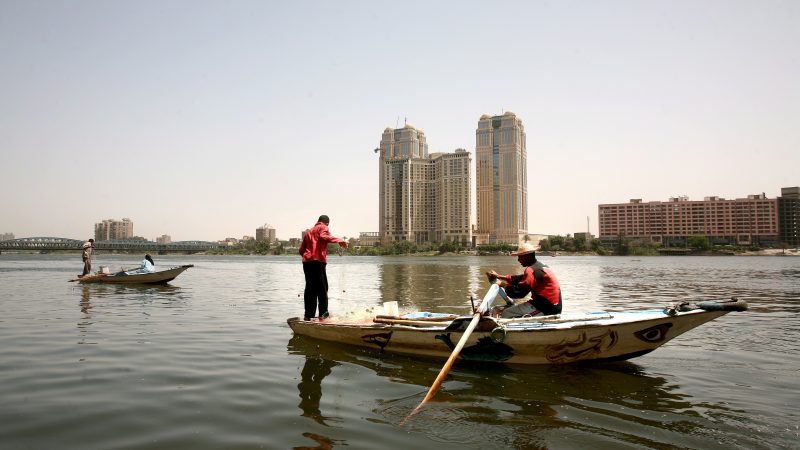 Fishermen pull in their empty as nets as they pass the delux Sawiris Towers owned by one of the wealthiest men in the Middle East and where apartments sell for millions of dollars in Cairo, Egypt, 21 April 2008. [EPA/MIKE NELSON]

Although the average level of global peace improved very slightly in comparison to previous years, there is little time or cause to rejoice, the 2019 Global Peace Index (GPI) suggested on Wednesday (12 June).

Launched in 2007, the annual GPI report produced by the Australia-based Institute for Economics and Peace (IEP) ranks 163 independent states and territories according to their level of peacefulness.

The index assigns each country a score between one and five, where one is the most peaceful and five is the least, based on 23 indicators ranging from homicide levels to weapons imports.

The report for the first time factored in the risk posed by climate change, which is seen as a considerable threat to global peace in the next decade.

“Research is clear that changes in the natural environment impose stress on human societies,” researchers stated.

While admitting “long-term” evidence on the link between climate change and peace is “scarce”, the report states that available proof “suggests that climate has played a role in triggering or exacerbating conflict through its effects on livelihood security and resource availability”.

Nearly a billion people live in areas of high climate hazard and about 40% of them are in countries already struggling with conflict, according to the IEP.

More than 100 million people across those countries – South Sudan, Iraq, Libya, the Democratic Republic of the Congo, Sudan, North Korea, Nigeria and Mexico – are at risk.

Even more people – approximately 122 million – are considered vulnerable in sub-Saharan Africa, the region least able to cope with climate hazards, which could exacerbate climate-related violent conflicts.

“Going forward, climate change is going to be a substantial problem,” said Steve Killelea, executive chairman of the IEP.

“We can actually get a much better idea of which countries are most at risk, what are the types of risk and what would be the level of impact before it leads to a break or an implosion within the country.”

It is the first time in five years that the index notes an increase in peacefulness as the average country score improved by 0.09%, with 86 countries improving, and 76 regressing.

Iceland remains the most peaceful country in the world, a position it has held since 2008. It is joined at the top of the index by New Zealand, Austria, Portugal and Denmark.

Bhutan showed the largest improvement of any country in the top 20, rising 43 places over the last 12 years.

According to the GPI, the greatest increase in peacefulness occurred in the Eurasia region, followed by the Middle East and North Africa.

In both of these regions, the number of combat deaths in conflicts declined, owing to the de-escalation in Ukraine and Syria. The fall in conflict deaths has also been mirrored by a fall in deaths caused by terrorism.

But while conflicts and crises that emerged in the past decade have begun to abate, new tensions within and between nations have emerged, the report finds.

While most and least peaceful countries remain the margin, there is a growing gap of countries under risk of becoming unstable in between.

“When we look at those countries that are cropped in the middle of the index, the relationship between positive and negative peace is very important,” Thomas Morgan, senior IEP research fellow told EURACTIV.

Negative peace refers just to the absence of violence or war, where the society of a country sustains in mutual mistrust that could lead to new conflict, he said.

On the other hand, positive peace does not mean only the absence of violence, but a presence of justice, institutions and structures preventing it.

“If you have a mismatch between the two up to a positive peace deficit, a country will stay trapped in violence and conflicts are more likely to turn violent as the techniques are absent to keep security and stability within a country.” 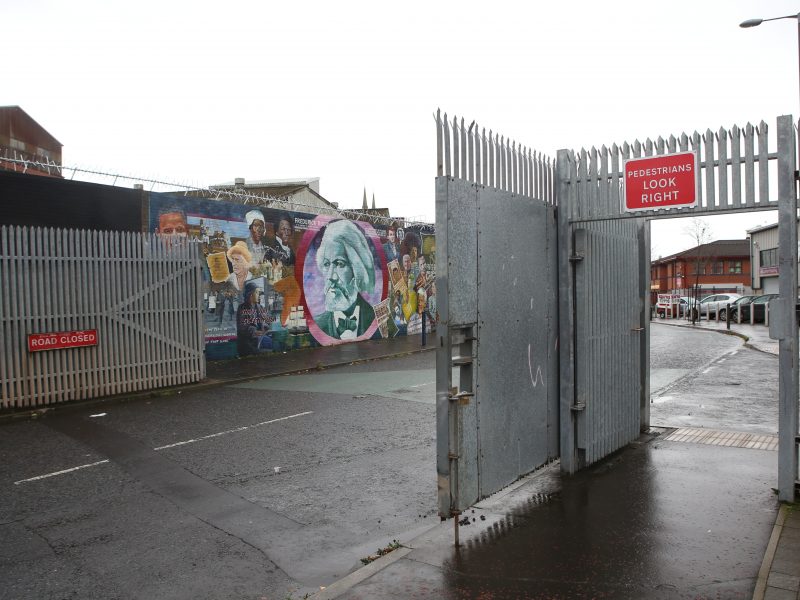