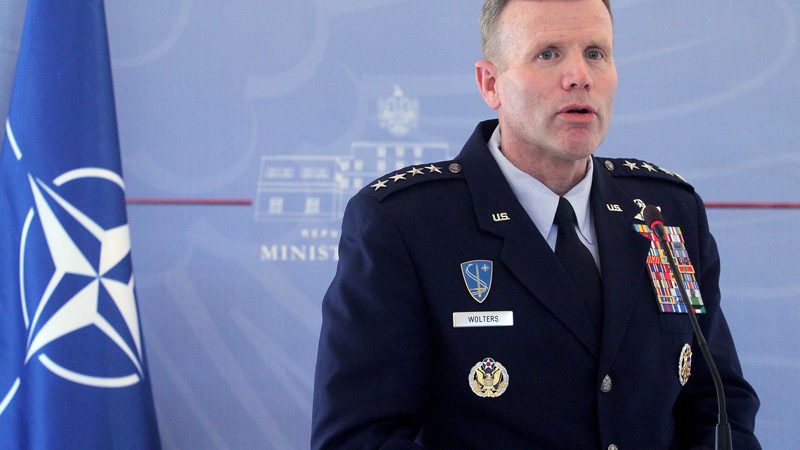 *This article has been updated with comments on potential coronavirus contingency plans of Defender2020.

As the coronavirus spreads in Europe, the US military is bracing for a possible spike in cases in Germany, which might put thousands of troops on lock-down or restricted movement across the continent, the head of the US European Command, Tod Wolters, announced.

At a hearing before the US Senate Armed Services Committee on Tuesday (25 February), Wolters spoke about what precautions European Command has taken to protect US and allied troops and their families from the outbreak.

“In Europe today, we have over 300 cases and the nation that is most concerned is Italy,” Wolters told US lawmakers, adding that so far travel by service members and their families had been restricted for two states in Italy, where roughly 7,000 US personnel is stationed in Vicenza, and “all require all mil-air arrival flights to be screened for the virus.”

On-base schools, child care centres, gyms and churches have been closed as a precautionary measure as the disease spreads across Italy, scheduled to end on 1 March, but Wolters said there is a “50-50” chance they could be extended.

The announcements come as Europe is preparing for what security officials have called “the most extensive transfer of US soldiers to Europe in the past 25 years”, with around 37,000 soldiers taking part in the military exercise “Defender 2020” for the transfer of troops to Poland and the Baltic states.

The exercise will take place in May and June, mainly in Germany, Poland and the Baltic States, with the participation of all 29 NATO allies and partner nations, Georgia and Finland.

Asked if there are plans to restrict travel in any other countries, Wolters replied, “We anticipate the need may arise in Germany, but that is still to be determined.”

While no on-base facilities in Germany have been closed, Wolters told US lawmakers that EUCOM is “anticipating an increase in the number of cases reported in Germany and we’re prepared to execute.”

So far, there have been 18 confirmed cases of the virus in Germany, the WHO reported in an update on Wednesday (27 February) and EUCOM officials have said command medical teams are closely monitoring potential threats.

It is, however, still unclear what restriction will be put on the exercises if the coronavirus reaches Central Europe, security officials said.

Asked by reporters on Wednesday (3 March) whether contingency plans are in place in case the outbreak expands, Andrew Roling, deputy US Army Europe commander, said the exercise by default already involved “robust medical support” coordinated with each individual participating nations and planners are prepared to “wargame medical health and support plans”.

The precaution announcements come after the US military announced in a statement released on Tuesday night that a 23-year-old soldier has contracted Covid-19, the disease caused by the coronavirus, while stationed at the epicentre of South Korea’s major outbreak.

On Thursday, the South Korean and US militaries have postponed their annual joint drills out of concerns over a virus outbreak after Seoul reported 21 cases in its military.