President Kersti Kaljulaid of Estonia participates in a news conference with US President Donald J. Trump and other leaders of Baltic Nations at The White House in Washington, DC, USA, 3 April 2018. [Pool/EPA/EFE]

Estonian President Kersti Kaljulaid called for US Patriot missiles and troops to be deployed to her small Baltic state yesterday (4 April), telling AFP it was necessary to make deterrence “believable” for Russia.

In an interview coinciding with her visit to the White House, the conservative leader said the deployment of American materiel and personnel would bolster existing NATO troop deployments — launched in response to Russia’s more bellicose posture.

“We want to be sure that both NATO’s territory and NATO soldiers are well protected,” she said.

“We need to make sure that there is the air defense and the air support for these forces, in case that is necessary. We need our deterrence to be believable.”

Kaljulaid said the proposed deployments had not come up on Tuesday in conversation with President Donald Trump — who is notoriously prickly about the use of US military assets abroad — but talks between the two governments were ongoing. 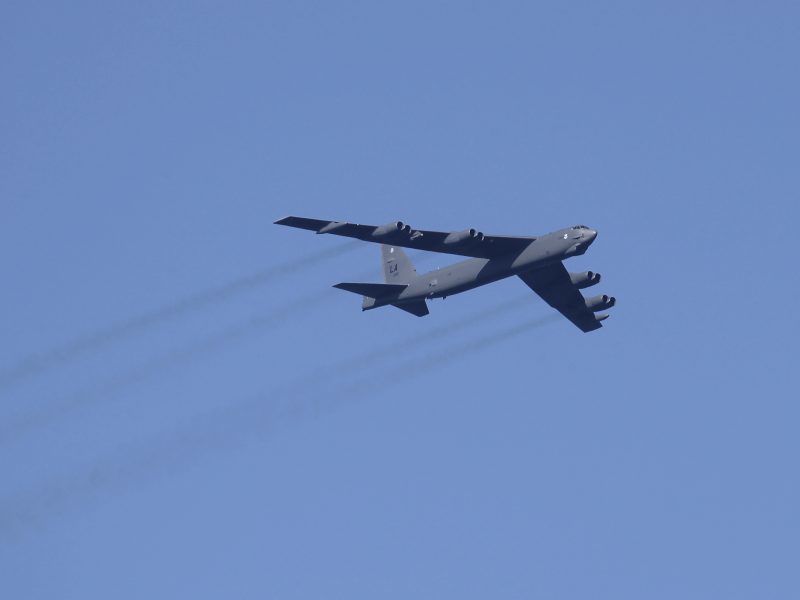 Today, it was my honor to welcome Estonia President @KerstiKaljulaid, Lithuania President @Grybauskaite_LT, and Latvia President @Vejonis to the @WhiteHouse. Congratulations on your 100th anniversaries of independence! #BalticSummit: https://t.co/XAchZ3zUSe pic.twitter.com/RRftyTGEvb

“We are past the stage in our relations that you come to Washington with an empty goody bag and then you go back with a bag filled with stuff,” she said.

“There is a permanent debate and discussion between the governments of the two countries,” she added, listing Secretary of Defense Jim Mattis and Vice President Mike Pence as key interlocutors.

Russia’s 2014 annexation of Crimea and its support for separatists in eastern Ukraine has rekindled long-standing fears about aggression in the already nervous Baltic states.

With a combined population of just six million people, the three countries were occupied and annexed by Moscow during World War II.

The trio broke free from the crumbling Soviet Union in 1991 and joined both the European Union and NATO in 2004.

Kaljulaid suggested that Western countries had paid for mistakes in their dealings with Russia.

“We carry part of the responsibility for the current state of play,” she said. “That starts with 2008 in Georgia. Our reaction to the partial occupation of Georgia was weak and it was back to business as usual quite quickly.”

“That is part of the reason Crimea happened, Russia just misread what will happen, what will be reaction. We got our act together and stopped the avalanche.”

Now, Kaljulaid said, the West needs to show “strategic patience,” including sustaining economic sanctions on Russia and perhaps expanding upon them.

NATO has sent a battle group to Estonia — namely troops from the UK, France and Denmark — but Kaljulaid said that the deployment of American soldiers would bring another dimension.

“We’d rather see that bilaterally we could agree to have some boots on the ground on a permanent rotational basis,” she said.

“This is very useful to calm the jittery nerves. Some people might think that NATO takes a long time to act, but the US could be quicker. There is some rationale in this thinking.”

US troops are already taking part in NATO’s “enhanced forward presence” but are based in nearby Poland.

#Estonian president, Kersti Kaljulaid, in an interview with @EstonianWorld: Today #Russia is attacking us primarily through its propaganda and strategic communication. But this attack is also dangerous and needs to be addressed. https://t.co/KD1s4187Oj #security #Estonia #NATO pic.twitter.com/xNcYTwDVNE

Kaljulaid’s comments came as Russia embarked on a live-fire drill in the Baltic Sea which has caused concern in Sweden and interfered with Latvian commercial aviation.

“This kind of activity indeed is quite unprecedented,” the president said.

“I think it’s part of the retaliation for the Salisbury reaction,” she added, linking the drill to the expulsion of more than 100 Russian officials from Western nations.

Russia began testing missiles with live munitions in the Baltic Sea on Wednesday, alarming Latvia, a member of NATO, which says the drills have forced it partly to shut down Baltic commercial airspace.

The Russian defence ministry said on Monday that its Baltic Fleet, based in its European exclave of Kaliningrad, was preparing for routine training in the Baltic Sea, including live fire drills to practice hitting air and sea targets.

“It is a demonstration of force,” Latvia’s Prime Minister Maris Kucinskis told Reuters. “It is hard to comprehend that it can happen so close to (our) country,” he said.

“It is a demonstration of force,” Latvia’s Prime Minister Maris Kucinskis told Reuters. “It is hard to comprehend that it can happen so close to (our) country,” he said.”https://t.co/5ouKBS2GeS

The tests are being carried out in Latvia’s exclusive economic zone, officials said, an area of the sea just beyond Latvia’s territorial waters where Latvia has special economic rights, as well as further west in the Baltic Sea.

Riga has closed some of its airspace for the three days of tests, and Sweden also issued a warning to civilian sea traffic and said there could be delays and disruption to civilian air traffic.

The missile tests and military drills follow Russia’s massive war games last September, which stretched from the Baltics to the Black Sea. The exercises unnerved the West because of their scale, scope and what NATO said was a lack of transparency.

At a time of high East-West tensions, NATO officials worry that any accident involving military weapons and a civilian ship or plane could spark a wider conflict.

In Ottawa, NATO Secretary-General Jens Stoltenberg said the alliance would follow the tests closely, while noting that every nation had the right to carry out military exercises.

“We are staying vigilant and we are also increasing the readiness of our forces, especially in the Baltic region,” he told reporters after meeting Prime Minister Justin Trudeau. 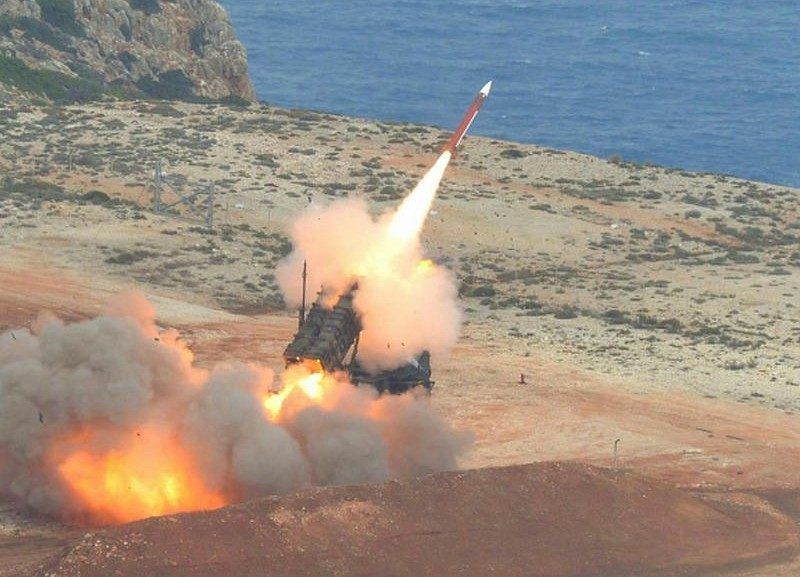 2 responses to “Estonia calls for deployment of US troops, Patriot missiles”