To make progress, "we need to continue discussions with Russia, but we must remain firm," the Estonian president suggested.

Estonian President Kersti Kaljulaid was in Paris for the French military parade on Bastille day (14 July). She participated in a working lunch organised at the Elysée on European defence issues. As a champion in cyber defence and digital services, Estonia is an important ally for France. EURACTIV’s partner Ouest-France reports.

“It was moving to attend the military parade on 14 July in Paris. When I saw the planes of our allies flying over the Champs-Élysées, I thought we were well protected in Europe,” Kaljulaid said.

Kaljulaid, as president of Estonia, was among the heads of state and government, who attended the ceremonies on Bastille Day, as well as a working lunch at the Elysée. Those attending were members of the European Intervention Initiative (ICI).

France, Finland, Portugal, Germany, the Netherlands, Belgium, the United Kingdom, Spain and Denmark are also participating in this joint initiative.

Estonia has only 1.3 million inhabitants, but it is a major ally for France. Particularly advanced in cyber defence, it is the only country operating on the ground in the Sahel as part of Operation Barkhane (50 Estonian soldiers are deployed in the field).

And two French mechanised companies participate in Estonia in a multinational battalion commanded by the British.

“The common defence initiatives have developed well under our EU Presidency, with very concrete results in terms of military mobility,” the president said.

“These initiatives facilitate cooperation, complementary to cooperation under NATO. At the time of the Russian occupation of Crimea five years ago, this would have all been unimaginable,” she added.

Providing the means for a common cyber defence

To make even more progress in the field of common, European and transatlantic defence, “discussions should now be held in a more institutional framework, in the Council and the European Parliament.”

The aim would be to establish a common budget for defence and to develop international law on the matter further.

“Everyone’s rights and duties are known when it comes to conventional attacks, but not for cyberattacks,” the president said.

The British were the first to pass national laws on the issue and Estonians recently followed suit. And the threats are becoming more evident, as Ukraine has suffered “a Russian digital attack on its power grid.”

Beyond legal issues, Europe’s defences will need a digital boost. “A technological leap is needed,” warned the Estonian president.

“This would imply raising ambitions to fend off cyberattacks and increase spending to match more traditional defence systems,” she added. 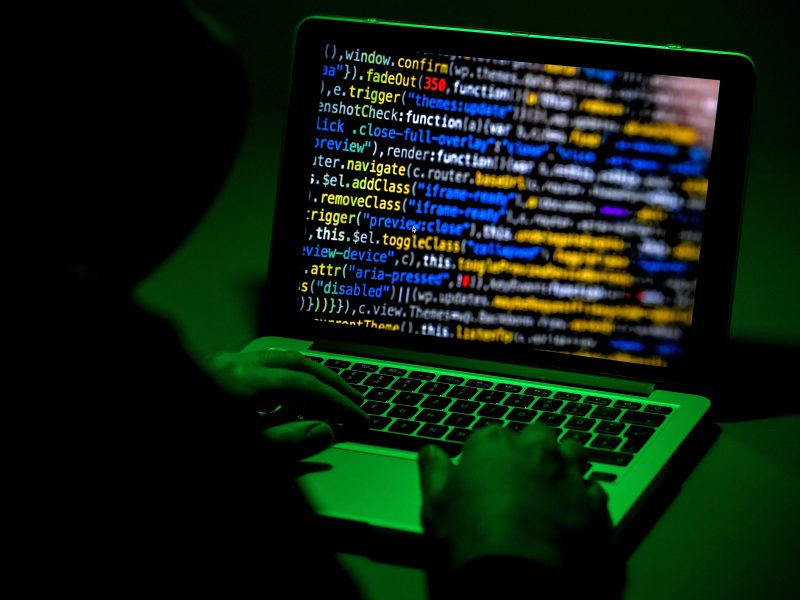 Kaljulaid insisted that sanctions be maintained against Russia until the conflict in Crimea is resolved.

“It is a huge disappointment for us. When we gained our independence, we could not have imagined that things would turn out so badly in Russia in terms of democracy,” Kaljulaid said.

“This is not only a problem for Russia’s former neighbours or us alone, but for all EU countries,” she added

To make progress, “we need to continue discussions with Russia, but we must remain firm,” the president suggested.

“We need to work with Russian civil society. We accept many Russian students, with Erasmus. It is a way to show them the benefits of democracy and freedom of expression,” the Estonian president said.

Estonian democracy is nearly 100% digital. Public services in Estonia have been “99%” online, including voting, which has been electronic since 2003. Estonia guarantees that its citizens a reliable ‘digital’ identity, with which they can carry out all their activities from a single digital platform.

“It took us about ten years for the entire population to adopt the system and fully appreciate its benefits. We called on young volunteers who were more comfortable with the platform to help out older ones, and we relied on partnerships with the private sector,” explained the Estonian President.

“Banks, for example, were among the first to use the national digital identity, guaranteed by the State. They offered discounts or even free services to their customers who agreed to adopt this new system,” she added.

An “Internet police” in schools

The efficiency and simplicity of public services online have converted Estonians, but the government continues to invest in education in this area, especially for young people. In Estonia, there is, therefore, a so-called ‘internet police’, which intervenes in schools and “explains to students how they should behave,” Kaljulaid continued.

“It is about teaching them that what is unacceptable in real life cannot be tolerated in the virtual world either. We want to make them aware of the risks they face and how they can ensure their safety. It starts with warning them about anonymity,” the president said.

If the person they are speaking with is unidentifiable, there is a potential danger. It’s one of the first rules,” she added.