Malian soldiers stand guard at a polling station during the Presidential election in Bamako, Mali, 29 July 2018. The incumbent, President Ibrahim Boubacar Keita and 24 other candidates are vying for the office. [Mohamed Messara/EPA/EFE]

The European Union on Tuesday (31 July) pressured Mali to present a “complete and detailed list” of polling stations where a key presidential election could not be held due to violence.

Not a single ballot was cast at 716 polling stations in Sunday’s first round vote in the volatile central region of Mopti and some parts of the north following threats and attacks by armed groups.

Reports have been coming in all day of burned voting materials and closed polling stations in #mali. Troubles mainly in Mopti region (youwarou and douentza cercles) and Timbuktu https://t.co/ariWw3N760

There were a total of 23,000 polling stations nationwide.

Security was a central issue during the campaign, in which 73-year-old President Ibrahim Boubacar Keita is seeking re-election, with the international community hoping the poll will strengthen a 2015 peace accord. 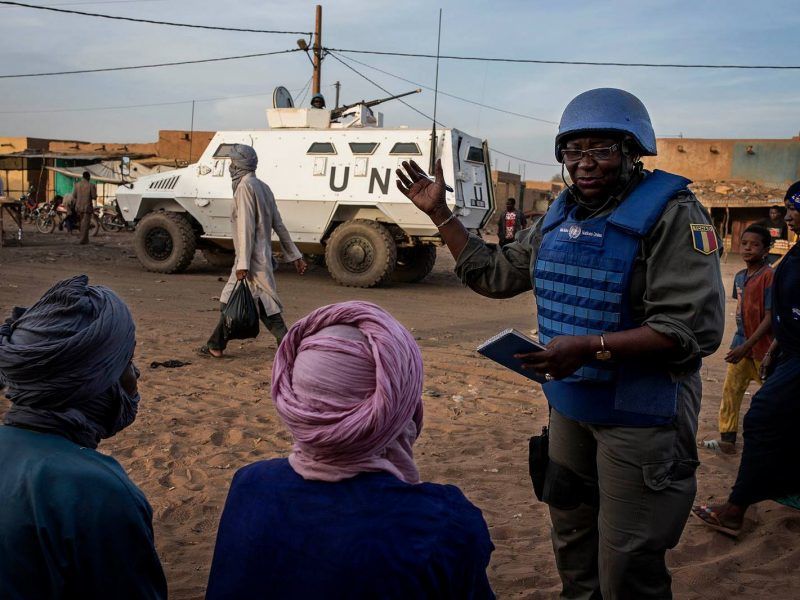 In Mali’s north, where the state is barely present, armed groups who signed the peace accord helped to ensure security.

The vote was monitored by observers from the European Union, the African Union, the regional ECOWAS grouping and the Francophonie organisation.

Ahead of the presidential election on 29 July in #Mali, @UN_MINUSMA is providing technical assistance to efforts by Malian authorities to create conditions conducive for the holding of credible & peaceful elections. pic.twitter.com/0Ouxzhm00l

The EU mission said it had asked authorities “to publish a complete and detailed list of the polling stations where voting was not held,” its head Cecile Kyenge, an Italian MEP, said.

The EU team deployed about 100 monitors nationwide — apart from in the central Mopti region where none were sent for security fears — and said the vote “passed off peacefully in the rest of the country.”

Kyenge also called for the publication of the results online “as soon as possible”. No results have been declared so far.

Keita’s camp on Monday said he appeared to be “largely ahead”.

There were 23 other candidates. Keita’s leading challenger is Soumaila Cisse, 68, a former finance and economy minister, who lost by a wide margin in the 2013 election that brought Keita to power. He is widely expected to be present in the second round run-off vote.

Over 8 million #Mali voters will go to the polls on Sunday July 29 to elect a new president amongst 24 presidential candidates who they hope will lead the country out of poverty, unemployment, political unrest & violence. https://t.co/zZzLEkqJ4k #Mali2018 pic.twitter.com/kFhNzq8Dlx

Some 30,000 security personnel were deployed throughout the country.

Violence also marred the lead-up to the election, despite the presence of 15,000 UN peacekeepers, 4,500 French troops and a much heralded five-nation anti-terror G5 Sahel force.

The jihadist violence has spread from northern Mali to the centre and south of the country and spilled over into neighbouring Burkina Faso and Niger, often inflaming communal conflicts.

Mali, considered a linchpin state in the troubled Sahel region, is one of the world’s poorest countries, with most people living on less than $2 a day.