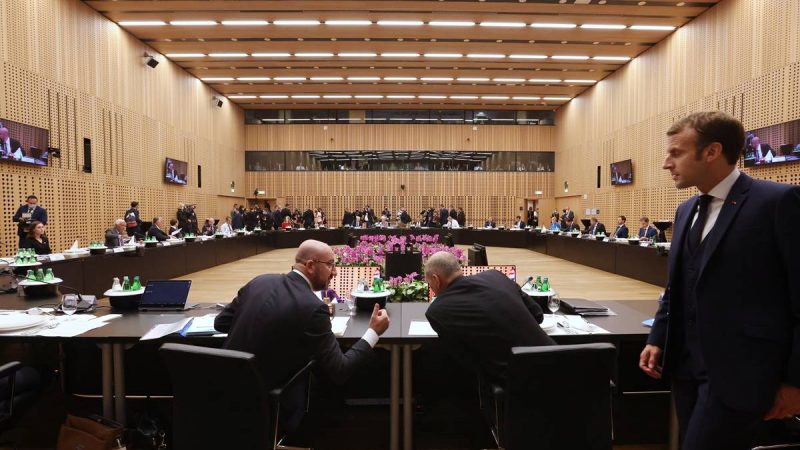 As the meeting took the form of an informal dinner on the eve of the EU-Western Balkans summit in Slovenia on Wednesday, there were no decisions to be made and no official documents adopted.

Amid disunity over the way forward on European defence, EU leaders discussed on Tuesday night (5 October) whether the bloc should enhance its capacity to act independently and/or strenghten its partnership with NATO, but with no clear result.

In the aftermath of the Taliban’s takeover of Afghanistan, a US submarine pact with Australia that enraged France, and French demands for more European strategic clout, EU leaders remain stuck. For more than a decade, they have been discussing if and how a European way forwards on the matter would be possible.

As the meeting took the form of an informal dinner on the eve of the EU-Western Balkans summit in Slovenia on Wednesday, there were no decisions to be made and no official documents adopted.

European Council President Charles Michel issued unofficial conclusions, which stated that the EU is “committed to working with our allies and like-minded partners, in particular, the US and within NATO which is the cornerstone of our security”.

It is not #EUdefence or @NATO

My oral conclusions following the informal meeting of the #EUCO members. https://t.co/p40poMYZgA

“Drawing the lessons of recent crises, we are committed to consolidating our strengths and strengthening our resilience by reducing our critical dependencies. To become more effective and assertive on the international stage, the EU needs to increase its capacity to act autonomously,” he added.

The idea is similar (but of course different) to NATO’s ‘Strategic Concept’ and meant to define future threats, goals and ambitions in defence while focusing on six new areas of joint weapons development, including tanks and fighter jets.

It will cover crisis management, resilience, capability developments, and partnerships, senior EU officials have confirmed, and is seen as an attempt to “fix the doctrine of the EU”.

The first draft is likely to land in the hands of EU leaders for the first time during their regular summit in December and expected to be endorsed in March, during the French EU Council presidency.

Furthermore, EU leaders also tasked Borrell to come up with a paper to define options what strategic autonomy might pragmatically mean.

EURACTIV understands that during the dinner, Italy has made clear that it does not want it to become another paper tiger.

French President Emmanuel Macron for years has been preaching the need for European sovereignty and ‘strategic autonomy’, a catchphrase that is yet to be defined in meaning.

“A central theme which keeps coming back is strategic autonomy. But this principle also needs to be clear/clarified among member states,” an EU official told reporters in Slovenia.

“There is strong support from all member states for a multilateral approach” and “there is also strong support for NATO taking into account everyone’s sensitivities,” the official added.

While Europe can work in “good faith with its historical partners and allies”, it must also pursue “its independence, its sovereignty,” Macron said as he arrived for the talks.

He said “we need clarification and re-engagement” from the United States, adding he would hold talks with President Joe Biden on the margins of the G20 in Italy this month.

“But we need to be clear with ourselves about what we want for ourselves, for our borders, for our security, for our energy, industrial, technological and military independence,” he added.

Macron made a pitch for his vision of European defence during the dinner, but some member states, especially the Eastern and Northern Europeans, are concerned that Macron may be going too far in his attempts to cut the US out and don’t see what the interest of the EU in the Indo-Pacific would be, diplomats said.

Several EU diplomats told EURACTIV that many worry his “Europe First”-approach will in the end effectively mean “France First”, especially with Macron looking through his country’s defence industry prism.

“What AUKUS did, isn’t just something far away from European reality – there is no doubt that the developing global security setting needs an adequate European response,” a Western EU diplomat told EURACTIV.

“But this shouldn’t result in a ‘buy French’-policy,” he added.

The term ‘Strategic Compass’ was intended to please and appease those EU countries that see an explicit “European security strategy” as too far-reaching. This includes most Eastern European and more transatlantic member states that count on NATO for their security.

In his remarks published after the summit dinner, Michel did acknowledge that before the document is operational, “we will progress on the different existing tracks in the field of defence and security.”

“We will work towards a new political declaration with NATO before the June 2022 NATO Summit,” Michel said, reiterating previous announcements.

At the same time, various proposals for new EU defence tools have been doing the rounds in recent months.

A similar approach had been chosen by European Commission President Ursula von der Leyen, who in her State of the Union speech in September made a pitch for stronger European defence.

However, she effectively ended up riding two horses, vowing to work closely with NATO Secretary-General Jens Stoltenberg on a new EU-NATO joint declaration to be presented before the end of the year.

Von der Leyen had fallen short of specifying what a cohesive EU military strategy could look like. 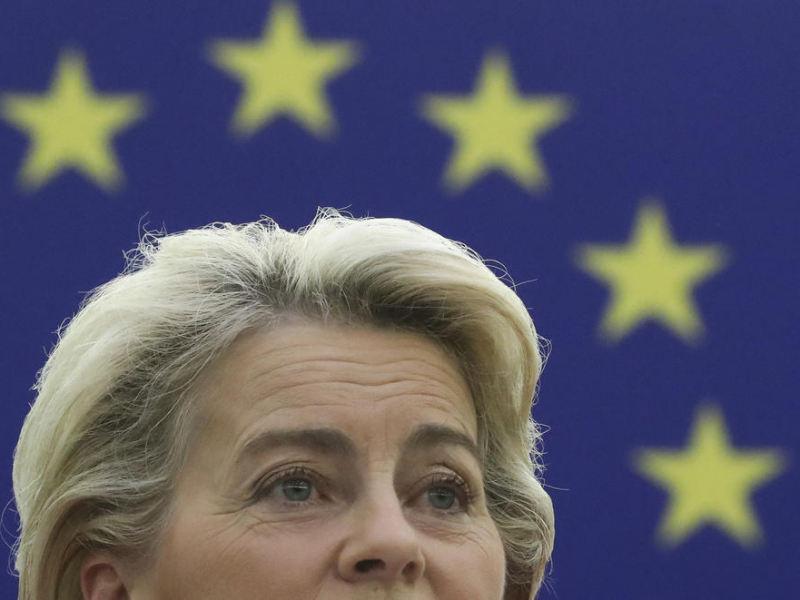 European Commission President Ursula von der Leyen made a pitch on Wednesday (15 September) for stronger European defence, saying the bloc needs to boost its own military capacity but fell short of setting out clear proposals, particularly on how this …

The EU’s recent proposals have drawn criticism, especially from Eastern European and more NATO-reliant EU member states, for duplication in manpower and money.

Latvia’s Prime Minister Krišjānis Kariņš spoke for many of them, saying “the EU-NATO alliance, the transatlantic alliance is a very important aspect which should not in any way be compromised.”