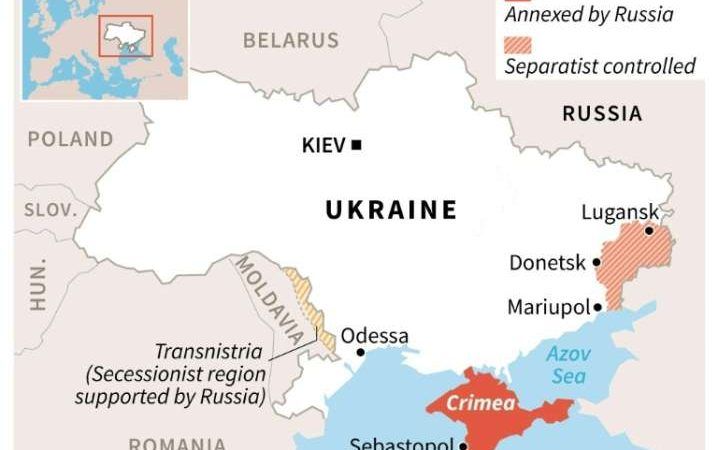 A map of the Azov Sea area. [AFP graphic]

EU foreign ministers will discuss a range of issues in Brussels on Monday (19 November), including for the first time the militarisation of the Azov Sea, which diplomats say has been effectively blockaded by Russia.

According to a diplomat, the Ukraine issue was put on the agenda at the insistence of Poland, but he added that in fact Warsaw was “pushing an open door”. The first issue to be discussed would be the follow up after the elections in the separatist-held areas of Donetsk and Lugansk on 11 November, which were condemned by the EU and the US. 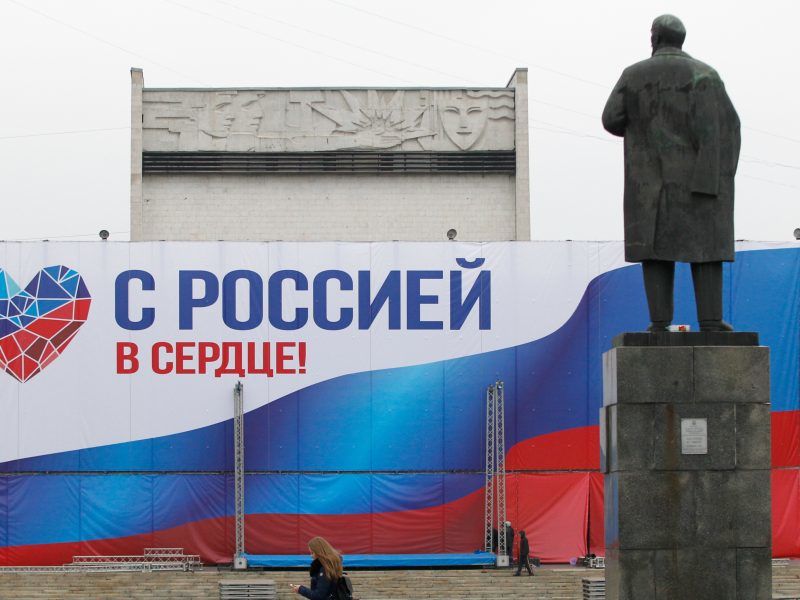 The United States on Monday (12 November) dismissed leadership elections in separatist-controlled areas of eastern Ukraine as a “sham” one day after voters cast their ballots.

In this respect, adding new individuals to the existing travel ban sanctions list is expected.

The second issue is the blockade of the Azov Sea, which is having an economic impact on Ukraine, the diplomat said, adding that he had heard of 200 Ukrainian ships being blocked, mentioning the ports of Mariupol and Berdyansk.

According to information obtained by EURACTIV from the Ukrainian side, the militarisation of the Azov Sea followed the construction of a new bridge in the Kerch Strait linking mainland Russia and Moscow-annexed Crimea. Kyiv considers the construction of this bridge unlawful and the EU criticised what it called another assault on Ukraine’s territorial integrity. 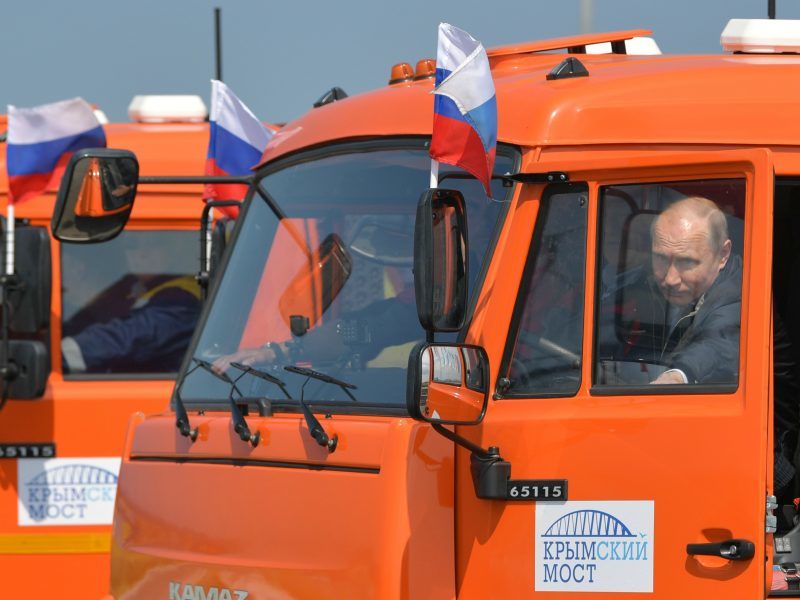 Reportedly, Russia has started to block the passage of trade vessels through the Kerch Strait and in the Azov Sea, thus, violating the freedom of navigation, guaranteed by the Law of the Sea.

According to Ukraine, apart from the bridge, Russia has laid down submarine power cables and a gas pipeline across the strait. Such actions, according to Kyiv, are a violation of Russia’s obligations to protect the marine environment and to allow transit passage through the Kerch Strait, including to Ukraine’s ports at Mariupol and Berdyansk.

Moreover, Kyiv sees the technical parameters of the Kerch bridge as a hindrance to international navigation. The bridge is only 35 meters high, and Panamax class vessels have been prevented from transiting the Kerch Strait. Such large-scale ships were reportedly used to export Ukrainian metallurgy products and grains from this region.

Also, Kyiv points out that Russia is efforting to prevent foreign vessel operators from going to Ukrainian ports in the Sea of Azov by warning them about intentions to have “very thorough” checks by the Russian authorities at the Kerch Strait and the Azov Sea. At the same time, vessels bound for Russian ports in the Azov Sea have not been subjected to such treatment.

As of the end of September, Russia checked more than 200 vessels, resulting in delays of up to six days. Among them, Ukraine says, are vessels from Austria, Bulgaria, Canada, Croatia, Estonia, Germany, Greece, the Netherlands, Romania, Switzerland and Turkey.

The Ukrainian side estimates that the workload of the Ukrainian ports is expected to decrease by 43%. So far, $54 million of losses have reportedly resulted from Russia’s blockade, and the freight of crude iron to the US (about 100,000 tons per month) is almost blocked, as well as to the UAE, Saudi Arabia, Thailand, Taiwan.

The Ukrainian government warns that apart from the ongoing large-scale militarization of illegally occupied Crimea, Russia has started to strengthen its military stance in the Sea of Azov, which used to be demilitarized. In particular, Kyiv alerts that Russia is finalizing the completion of the Azov Fleet, including by redeploying about 50 military and patrol ships from the landlocked Caspian Sea.

According to Kyiv, at the start of 2019, the Black Sea Fleet and the Caspian Fleet are expected to receive two modernised large missile boats equipped with jamming-resistant Pantsir-M weapon systems.

In parallel, Russia is reportedly boosting its military presence on the annexed territory of Crimea and in the Black Sea, by creating two Armies, introducing new and modernised weapons and military equipment, and by adding 17 new warships to the Black Sea Fleet, including 12 warships with nuclear-capable cruise missiles “Kalibr”.

This step will allow Russia to target 196 sites on the territory of NATO member states, Kyiv has warned. In addition, Kyiv says Russia is restoring former Soviet depots for nuclear warheads near Feodosia, in Crimea.

One of Russia’s goals, according to Ukraine, is getting a land corridor to the occupied Crimea.

Ukraine calls on the EU to condemn Russia’s escalation and introduce sanctions against the Russian ports in the Sea of Azov. It also wants the OSCE monitoring mission mandate to be extended to cover the Sea of Azov and the Kerch Strait.

Finally, Ukraine calls on NATO to extend the presence of the alliance military vessels in the Black Sea and increase allied reconnaissance in the area.