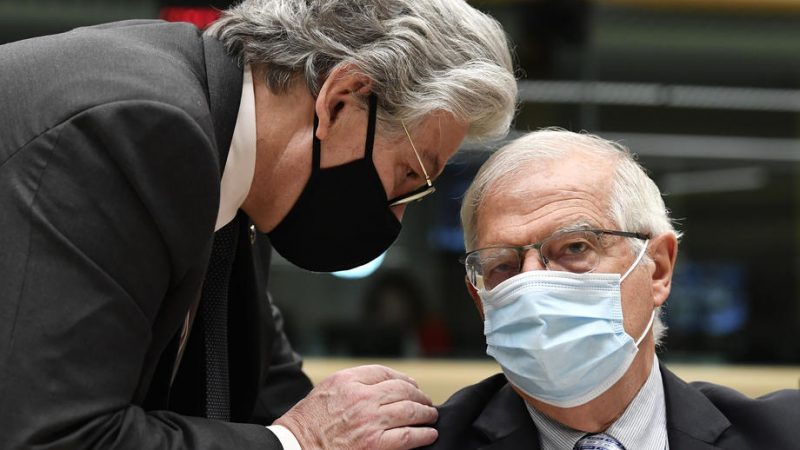 According to Breton, with the new funding instrument, European cooperation in defence “will become the norm”.

The fund is “an absolutely essential contribution to greater European sovereignty,” the Commissioner added, and said the EU must aim to “gradually become a security actor at world level.”

First proposed under former European Commission president Jean-Claude Juncker, the fund’s budget was initially slated at €13 billion, but was subsequently slashed by €5 billion in last year’s EU budget negotiations as a casualty of the pandemic.

In what was seen as a difficult birth, EU lawmakers had approved the €7.9 billion fund, clearing the way for the bloc’s first-ever dedicated programme for military research. However, a number of ethical questions, including parliamentary control and semi-autonomous weapons systems, remain.

One point not yet settled is whether the fund could also be used to finance projects in which non-European companies participate – a point of contention for which especially the United States was putting pressure on Brussels.

However, Breton said this would only happen “under very strict conditions, designed to ensure that the security and interests of Europe are well-preserved.”

The programme will also cover the development of weapon prototypes, provided the member states involved commit to acquiring the final product.

The idea is to finance defence cooperation projects leading to technological innovations and ‘home-grown’ European systems, both with large companies, small businesses and start-ups.

The first call for 23 projects amounting to €1.2 billion was launched earlier this year, of which €700 million is to be devoted to large-scale projects such as the development of future combat aircraft, a ground vehicles fleet, digital and modular ships, and ballistic missile defence.

The rest will be used to fund quantum technologies and additive manufacturing – 3D printing – as well as specific open calls for SMEs and startups.

Of this, €100 million is set to be put aside for projects involving “critical technologies” such as artificial intelligence and cloud for military operations, semiconductors in the field of infrared and radio frequency components.

Under the EDF’s predecessor, the European Defence Industry Development Programme (EDIDP), the European Commission had previously selected 26 projects and allocated funding of more than €158 million.

Fifteen of the 26 funded projects are also military projects that fall under the EU’s Permanent Structured Cooperation (PESCO) framework.

Formally established in December 2017, the PESCO framework is intended to deepen defence cooperation among the 25 participating EU member states, help fund, develop and deploy armed forces together and make the EU’s defence sector more flexible and independent of the US.

Since then, PESCO has been at the centre of the EU’s push for “strategic autonomy” in the aftermath of Brexit and amid an escalating geopolitical stand-off between the US and China.

Two major capability development projects have received an additional directly awarded grant of €137 million, with €100 going to the future Eurodrone project, developed by Germany, France, Italy and Spain, and €37 million to the development of a secure communications program.