A European soldier stands guard behind a 12.70mm machine gun during a drill in Saragossa, northeastern Spain, 10 May 2017. [EPA/JAVIER CEBOLLADA]

Despite a nine hour negotiation session last week, EU lawmakers failed to remove doubts and seal an inter-institutional agreement on the future of the European Defence Fund (EDF).

The trilogue negotiations also revealed a deepening rift between MEPs and ministers over the fund’s objectives and the question what the outcome of the support for the European defence industry should be for European defence in general.

“The negotiations between the three institutions on the future European Defence Fund show that there is no interest in solving the severe structural problems of the European defence markets which are duplication, fragmentation, industrial overcapacities and highly inefficient procedures,” shadow rapporteur Reinhard Bütikofer, a German Green MEP, told EURACTIV after the night session.

“As it stands the new fund will not provide any mechanism to prevent further duplication and reduce industrial over-capacities which drive the current expansive European arms exports to highly doubtful destinations across the world.”

The fund was first proposed by the European Commission in November 2016, in an effort to move towards an integrated European security and defence policy. The draft regulation of the EU executive specified that the EDF is meant to fund research and development projects and support the European defence industry. 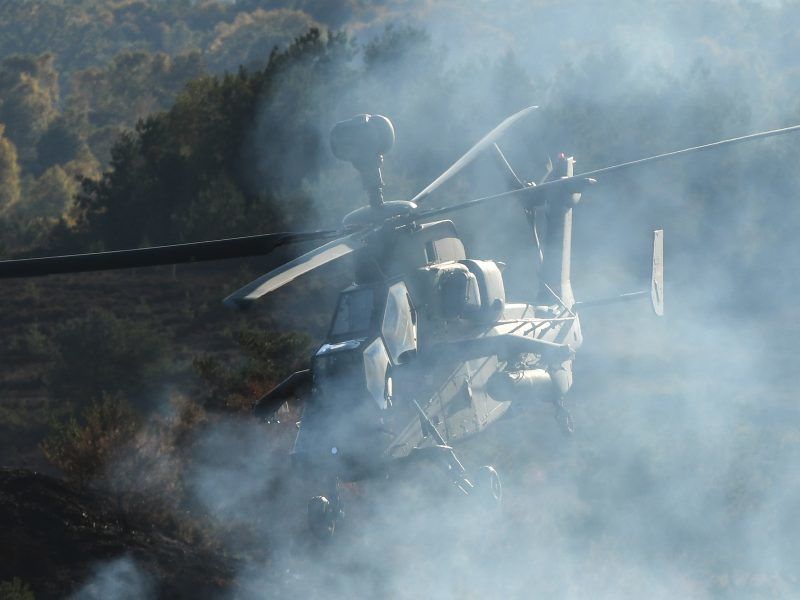 According to the plans, the EDF would receive €13 billion in the EU’s next long-term budget (MFF). That budget would be divided into €4.1 billion for collaborative defence research and €8.9 billion to complement member states’ investment by co-financing the costs for prototype development and the ensuing certification and testing requirements.

This could also include the development of new weapon systems, including the Euro drone, a next-generation fighter jet or a German-French main battle tank. In November, EU member states had broadly agreed to the project “in its general direction.”

After EU lawmakers had backed the EDF proposal on 12 December 2018 by 337 votes to 178 against, and 109 abstentions, several MEPs close to the file told EURACTIV that it would be difficult to reach consensus quickly.

But while the Parliament stays united on most issues, the first negotiation round revealed major divergences between MEPs and member states, as ITRE rapporteur Zdzisław Krasnodebski (ECR), told EU lawmakers of the Subcommittee on Security and Defence (SEDE) in January.

Last week’s trilogue revealed that the main points of friction – objectives of the fund, ethical control of the actions and the eligibility criteria of the entities and actions financed as well as the direct or indirect management of the fund – still remain controversial.

A contentious point between Parliament and Council is the question about eligible entities to the fund, where no agreement on criteria has been reached yet.

MEPs, mainly Greens and Socialists, are pushing for a so-called 3+3 solution, where projects will require at least three undertakings from three member states to be considered for funding. However, Council and Commission are pressing to reduce the requirements to two participating member states.

Because of Brexit, meanwhile, the question whether non-European actors will have access to the fund has become a crucial part of the discussions.

“Significant concerns still remain regarding the scope of the derogation for third-country participants, the unnecessary burdens for these entities and the indirect restrictions that will make participation practically impossible,” the American Chamber of Commerce in Brussels wrote in a statement.

Negotiators have agreed that the Commission will lead on the “selection and award procedure” of projects in all cases, but the question of whether the fund would remain under direct management by the Commission or shared management with the member states by, for example, delegating tasks to the European Defence Agency (EDA), remains open.

“For the moment it is a Parliament position that only direct management of the fund is acceptable. Frankly, we are afraid to give money to bodies that we do not control, which is why we are rather sceptical of the EDA,” a Green official told EURACTIV.

Although the fund is meant to focus on research and development, uncertainties persist after several legal experts suggested that establishing the fund could violate EU law on the grounds that the Lisbon Treaty explicitly prohibits the financing of military or defence projects from the EU’s common budget.

The fund’s objectives remain an unsolved problem, a Parliament source close to the negotiations told EURACTIV. While the draft language describes the fund as “contributing to the EU’s strategic autonomy” and strengthening “global competitiveness” of the European defence technological and industrial base, some EU lawmakers believe this goes beyond the aim of funding research and development.

“But if there is no clarity on the objectives and management issues, the fund could end up being legally contested, the ECJ might just kill the case at the end of the process,” the source said.

“The legal issue concerning EDF is clearly no longer a cause for concern because the fund is about industry and competitiveness,” Françoise Grossetête, vice-chair of the European People’s Party (EPP) told EURACTIV after the talks.

“I am quite optimistic to have an agreement, at least partial, before the end of the legislature,” Grossetête said.

Some lawmakers are also surprised by the speed of the negotiations as several major ethical issues, such as research on autonomous weapons or possible arms exports remain unresolved.

“At a moment when both the US and Russia suspend the INF Treaty which has been vital for European security, it is shameful that in the context of the negotiations between Council and Parliament on the future European Defence Fund there is agreement between both sides to not exclude weapons of mass destruction,” Bütikofer told EURACTIV.

“The EDF should not at any cost be used for financing a nuclear rearmament of Europe,” he warned.