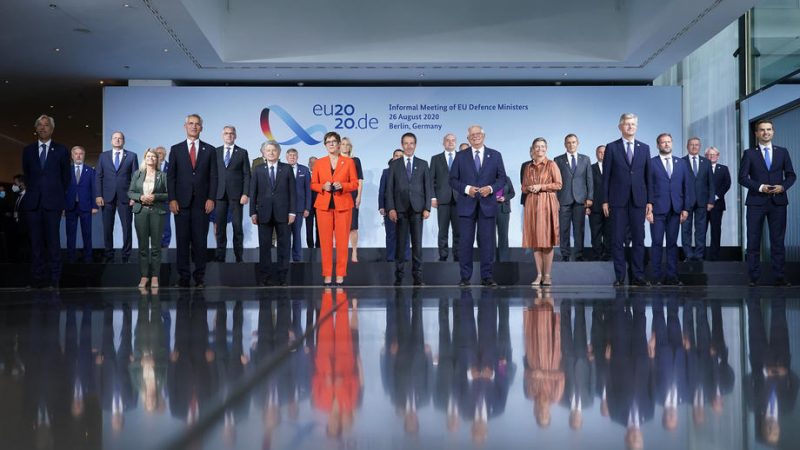 EU defence ministers and other participants during a meeting in Berlin, Germany, 26 August 2020. [EPA-EFE/SEAN GALLUP]

EU defence ministers agreed at an informal meeting in Berlin on Wednesday (26 August) to work closer together militarily and develop a common strategic culture, highlighting the growing need for Europe’s common defence policy at a time of escalating challenges in the bloc’s neighbourhood.

“We see the development in Mali, we see the demonstrations in Belarus, we see the increasing tensions in the Eastern Mediterranean,” German defence minister Annegret Kramp-Karrenbauer told reporters, stressing it would be necessary for Europe to be more capable of acting to uphold its own security.

“For this, we need a strategic compass,” she said, adding it would be necessary “that Europe becomes more capable of acting for its own security than it is today”.

The meeting was held under the auspices of the German presidency of the EU.

For long, Berlin had been criticised, mostly by France, for staying away from international military missions and not investing enough in defence.

Now, the compass project has become one of the main objectives of Germany’s EU presidency.

EU foreign ministers officially launched the work programme for the new initiative in June with the goal to align member states’ threat perceptions and still divergent strategic cultures, in an attempt to bring about more consolidation in the drive towards an EU Defence Union.

The bloc’s ‘Strategic Compass’, a tool meant to guide the implementation of the security and defence dimension of the EU’s Global Strategy and lead to a common threat analysis across the bloc, is expected to be approved in 2022, under the French EU Presidency.

The threat analysis is the first step in the process and meant to cover security trends in different regions of the world and also thematically extended segments on European security. 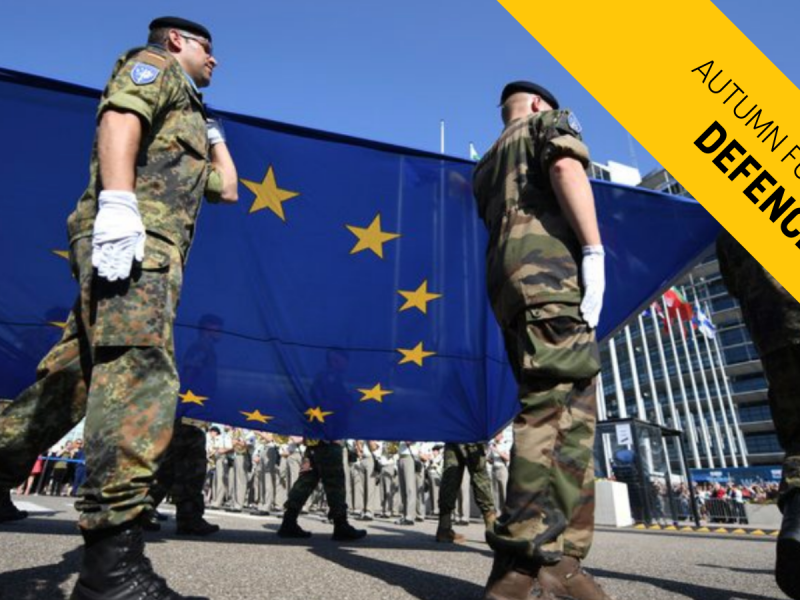 The second half of 2020 will be crucial for a range of European defence initiatives. It will also be crunch-time for Europeans to make yet another attempt at sorting out security matters on the global stage.

Below, we update you on …

It will cover crisis management, resilience, capability developments, and partnerships, EU senior officials have confirmed, and is seen as an attempt to “fix the doctrine of the EU”.

The initiative is to be finalised by the end of the year but, according to the same EU sources, could be presented to member states already in November, in the form of a classified intelligence document.

“We have to go beyond just listing threats,” Kramp-Karrenbauer stressed in her remarks after the meeting. If the bloc had a common understanding of the overall security situation, it would be easier to develop a ‘Strategic Compass’, she said.

Nevertheless, the term Strategic Compass was intended to please and appease those EU countries that see an explicit common “European security strategy” as too far-reaching.

“To be clear, the Strategic Compass is not designed to replace or rewrite the EU’s Global Strategy, but be an addition on newly emerged threats that then were not fully taken into account,” an EU source close to the file told EURACTIV in early August.

However, the EU’s search for an overarching common military strategy has so far been unsuccessful due to the widening gap between member states’ security priorities.

Southern Europeans, and France predominantly, are laying emphasis on the conflicts in the Middle East and Africa, while Russia remains the key threat for Eastern European.

“For years, experts have pointed to the diverging perceptions of threats between Southern and Eastern EU members as a roadblock towards stronger Common Foreign and Security Policy (CFSP) and European defence,” commented Elena Lazarou, a policy analyst of the European Parliament’s Research Service.

“The crisis in the Eastern Mediterranean and Belarus on the eve of the Strategic Compass discussion couldn’t have made this clearer,” she added.