Finland to decide on NATO membership ‘within weeks’, Sweden could follow suit 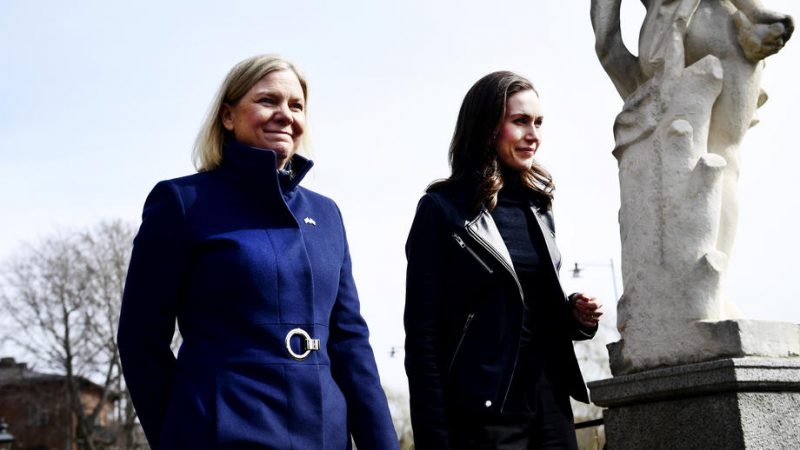 Finland will take a decision about whether to apply to join NATO in the next few weeks, Prime Minister Sanna Marin said on Wednesday (13 April), underlining a shift in security perspectives since Russia’s invasion of Ukraine.

Finland and neighbouring Sweden are close partners with NATO, but have so far shied away from joining the Western military alliance, a change that has also been brought about by Russia’s increasingly harsh rhetoric towards Helsinki and Stockholm.

Speaking alongside her Swedish counterpart Magdalena Andersson in Stockholm, Marin said the option to join NATO had to be carefully analysed, but that everything had changed when Russian forces invaded Ukraine in late February.

“The difference between being a partner and being a member is very clear and will remain so. There is no other way to have security guarantees than under NATO’s deterrence and common defence as guaranteed by NATO’s Article 5,” she said.

Finland is likely to make a decision on NATO ‘within weeks, rather than months’, Marin added.

“There are different perspectives to apply (for) NATO membership or not to apply and we have to analyze these very carefully,” she told reporters.

“But I think our process will be quite fast, it will happen in weeks.”

She said it was important to reach consensus in Finland, which fought Soviet invaders during World War Two and has been militarily non-aligned since then, and that political parties would have internal talks and in parliament in coming weeks.

Helsinki took a significant step closer toward possible NATO membership when the Finnish government launched a white paper update of its foreign and security policy and changes in the country’s strategic environment.

The report intends to prepare the Finish parliament for a thorough debate on foreign, security and defence policy, but makes no policy recommendation regarding joining NATO beyond listing the risks and benefits of such a step.

“The security situation in Europe and in Finland is more serious and more difficult to predict than at any time since the Cold War,” the Finnish government said in its report.

“The change in the security situation,” according to the Finnish authorities, “is expected to be long-lasting” while “Russia’s demands and military actions that purport to change the European security architecture also affect Finland’s room for manoeuvre in foreign, security and defence policy.”

But the report also warned that “if Finland applied for NATO membership, it should be prepared for extensive efforts to exercise influence and risks that are difficult to anticipate, such as increasing tensions on the border between Finland and Russia.”

When presenting the report, the country’s defence minister Antti Kaikkonen said he wished for wide consensus, saying that a NATO application requires unanimous support from NATO members, the people, parliament, government and the president. 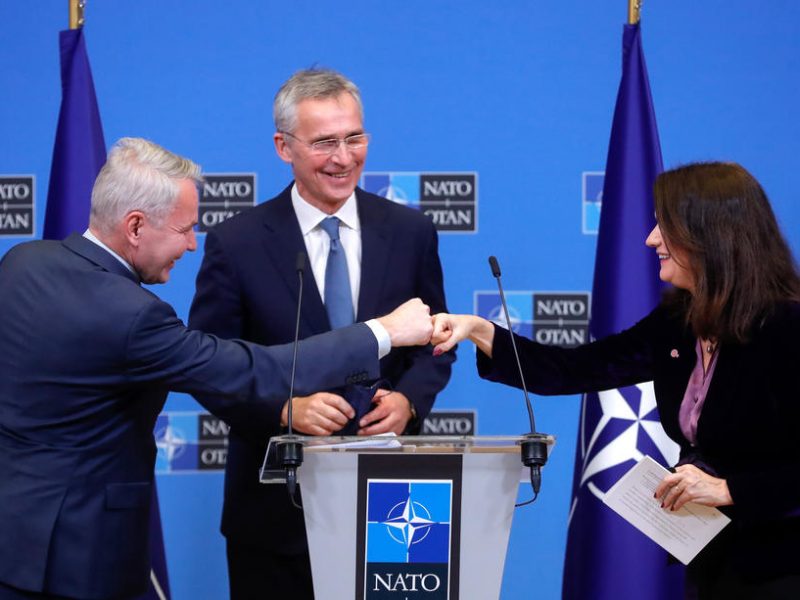 Finland’s President Sauli Niinistö said in an interview by Finnish broadcaster YLE he expected a decision to fall “well before” June’s NATO summit in Madrid when asked about the timeline for a potential application, .

“Presumably we have made our decisions well before that [Madrid Summit]. A lot of attention is now paid to that summit. But NATO also has other means to react and reply if someone expresses willingness to join in,” he said.

Niinistö also added he hopes for a “rapid but thorough” consideration of the parliament’s report.

Both Finland and Sweden, which is also reviewing its security policy with conclusions expected toward the end of May, both take part in NATO exercises and crisis management initiatives as well as exchange intelligence with the alliance.

Both Marin and Andersson, however, avoided committing publicity about their intention to join NATO.

Andersson said the Swedish process “should not be rushed”, but that she also sees “no point in delaying”. Sweden is set to hold an election in September.

NATO officials have said that both countries, should they decide to proceed with an application, would be welcomed with open arms and that their integration into the alliance would be a relatively easy affair since they already fulfil a majority of the criteria.

These include Russia being increasingly ready to take risks, having the capacity to gather more than 100,000 soldiers to pressure neighbouring countries, and, most importantly, the fact that discussions in the country over “unconventional” weapons, like chemical and nuclear ones, have become more “loose”.

“The gray zone, which is after the application (…) before you are really a member of NATO, it should be as short period as possible,” Haavisto said.

NATO Secretary-General Jens Stoltenberg said last week that he is “certain that we will find ways to address concerns they may have regarding the period between the potential application, and the final ratification.”

The Russian government said on Monday the possible accession of Sweden and Finland to NATO would not bring stability to Europe.

Kremlin spokesperson Dmitry Peskov has said that if Finland and Sweden joined NATO, Russia would have to “rebalance the situation” with its own measures. 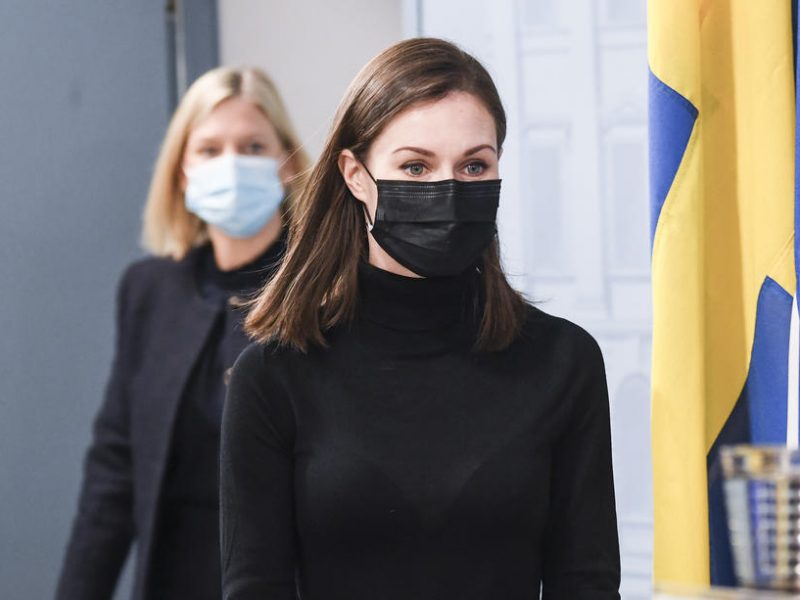 Finland and Sweden are edging closer to joining NATO. Helsinki is expected to produce a report on the country’s security policy this Thursday (13 April), which could present a key step toward its application.