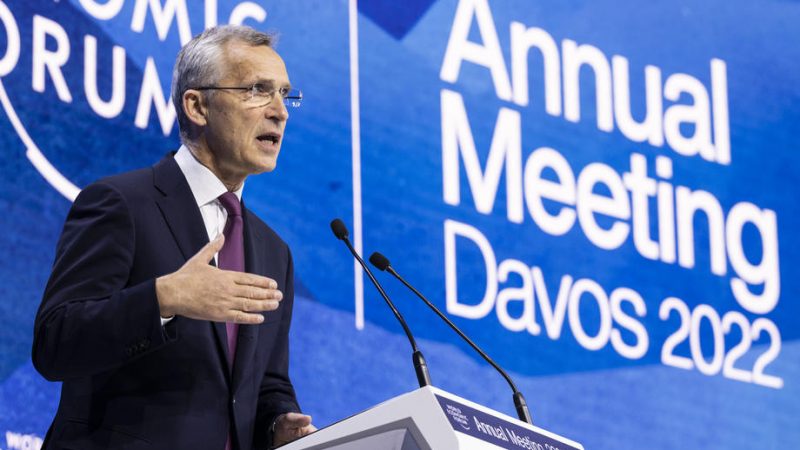 Western countries should not trade security for economic profit, NATO Secretary-General Jens Stoltenberg warned on Tuesday (24 May), pointing to the risks of leaving close economic ties with Russia and China unchecked.

Globalisation had brought many economic benefits, Stoltenberg acknowledged but pointed out that Russia’s war in Ukraine had exposed how too close ties with authoritarian regimes have created vulnerabilities.

In reference to Nord Stream 2 pipeline, designed to double the flow of Russian gas through the Baltic Sea directly to Germany, Stoltenberg said it has been a lesson learned.

Berlin halted the project when Russia formally recognised two breakaway regions of eastern Ukraine as independent, days before sending tens of thousands of troops into Ukraine in what Moscow describes as a “special military operation”.

“So this idea that we should have free trade in natural gas, meaning we can buy as much gas from Russia as we want, that’s wrong, it’s dangerous,” Stoltenberg warned.

“It provides Russia with a tool to intimidate and to use against us, and that has been clearly demonstrated now, I regret to say,” he added.

“If we share the technology, we may earn the money but undermine western security,” Stoltenberg said. “This is about Russia, but it is also about China.”

Washington has long pressed European and other countries to exclude Chinese technology from 5G networks.

Huawei, which is playing a leading role as the telecoms world gears up for next generation wireless technology, has repeatedly denied spying for the Chinese state.

“I am not arguing against trade with China, but I am saying that for instance, the control over 5G networks is of vital security importance,” he said.

“We cannot say that in the interest of profits and free trade we just open up those networks also for suppliers that actually are not reliable when it comes to our security,” Stoltenberg added.