French Navy sailors stand next to the main gun on the deck of the 'FS Prairial' frigate during the International Maritime Review at the Changi Naval Base in Singapore, 15 May 2017. [EPA/WALLACE WOON]

A European operation to ensure safe shipping in the Gulf region, scene of attacks on merchant vessels this year, will get underway next month when a French warship starts patrolling there, a French armed forces spokeswoman said on Thursday (19 December).

The French government has pushed for a European security alternative in the Strait of Hormuz after ruling out taking part in a US-led coalition protecting oil tankers and cargo ships from what Washington says is a threat from Iran.

France and others including Germany had feared that joining the US mission would send the wrong message at a time of increased friction between Washington and Tehran. European parties to the 2015 Iran nuclear deal are trying to rescue that accord after the United States pulled out in 2018.

This year the situation in the Gulf grew more acute as the United States moved more assets there to counter the perceived Iranian threat.

In May and June, several attacks took place on international merchant vessels, including Saudi tankers, in Gulf waters which the United States blamed on Iran. Tehran denies the accusations.

In July, Iranian forces seized a British tanker in the Gulf after British marines captured an Iranian vessel in the Strait of Gibraltar. Both ships were later released.

France has said that about 10 European and non-European countries would join its mission, pending parliamentary approvals. France will use its naval base in the United Arab Emirates as a command centre.

So far only the Netherlands and Denmark have confirmed participation. Ortemann said a Dutch frigate and helicopter would begin operating in the area from February. A Danish ship will relieve then in Autumn, a French military official said.

Iran has rejected the European and US moves saying foreign powers should leave securing shipping lanes to Tehran and others in the region. Saudi Arabia, Iran, the United Arab Emirates, Kuwait and Iraq export most of their crude via the Strait of Hormuz.

It is unclear how many nations have joined the US mission, which started in November, although Australia and Britain have committed assets. The British government has shied away from the European-led mission.

Under Washington’s plan, the United States will provide coordinating ships and lead surveillance efforts while allies will patrol nearby waters and escort commercial vessels with their nation’s flags. 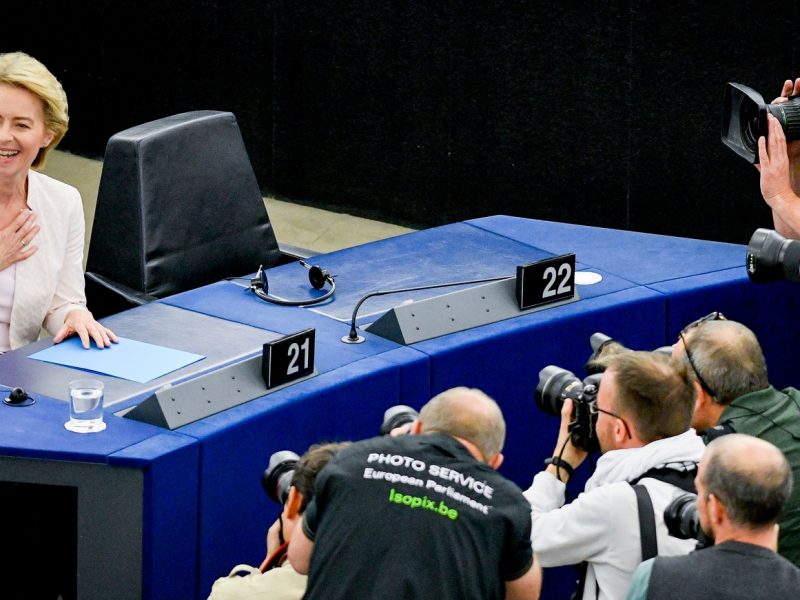