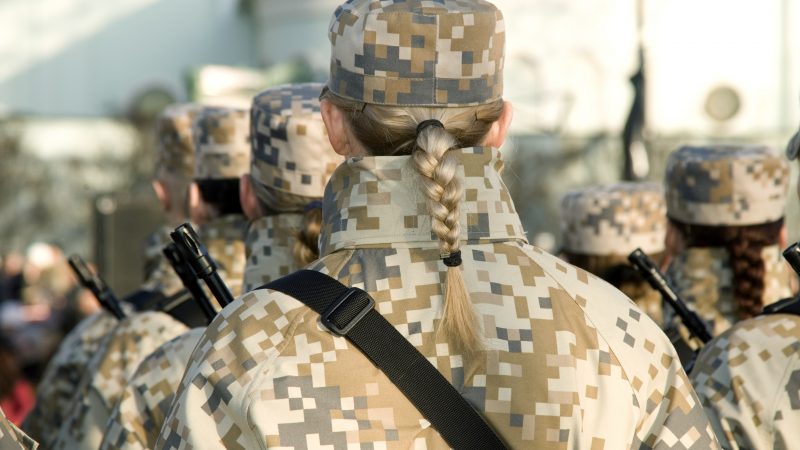 A first of its kind, the index examines the proportion of women in foreign and security policy, the military, police, as well as in diplomacy and the armaments industry in EU member states and G20 countries.

The index is part of a global online campaign dubbed #SHEcurity initiated by Green MEP Hannah Neumann in cooperation with several security think-tanks and organisations to mark the 20th anniversary of UN resolution 1325 which focuses on Women, Peace and Security.

“There are so many inspiring women in the field of peace and security, yet, often they are overlooked,” Neumann told EURACTIV.

“So we wanted to give them visibility and change the picture many still have of the sector. But we also need to discuss the structural discrimination that persists,” she added.

Last week, Neumann presented a report on gender equality in foreign and security policy in the European Parliament, together with fellow Green MEP Ernest Urtasun.

“The EU should set an example in terms of gender equality and begin to apply these principles in their own institutions” but there is still “a long way to go,” the pair said in a statement.

According to data compiled for the index, the proportion of women in the male-dominated foreign affairs and security policy fields has increased over the past 20 years, but at a rate which is considered far too slow to bridge the gender gap.

The proportion of women in foreign policy is the closest to gender parity in France (41%) while  it is 36.5% in Spain and only 23.9% in the European Parliament. The bottom half of the ranking is occupied by Slovakia, Malta and the Czech Republic with barely 11%.

More broadly, the representation of women in national parliaments is progressing equally slowly in the EU countries, with an estimated 37 years remaining until parity is reached, the index suggests.

The EU countries with the highest percentage of women in parliament are Spain and Finland but negative trends are observed in Croatia and the Netherlands where the share is decreasing, while numbers in Germany are stagnant.

At EU level, women currently make up 41% of members of the European Parliament,  a proportion which increases by approximately 3.3 percentage points at each election, or 0.67 points per year.

Based on current trends, it would take approximately 74 years to reach parity in the Parliament’s AFET committee and 103 year in SEDE, the research shows.

Compared to national parliaments, women made up for 25.5% of members in national foreign affairs committees in 2019 and it will take another estimated 48 years to reach parity there, while in national defence committees there is a 19.2% representation of women, with approximately 103 years left to reach parity.

The rate of incorporation into these decision-making bodies is too slow, according to the report, which says “equitable representation” in the political sphere “is almost a hundred years away.”

In diplomacy, around 25% of ambassadors in the EU and the G20 are women, although their average representation in the diplomatic corps is around 43%.

In the European External Action Service (EEAS), 34.9% of officials are women and there are countries that achieve equity and even exceed 50%, such as Australia, Denmark, Estonia, Finland, Latvia, Lithuania, Slovenia, and Sweden.

“But the higher the rank, the lower the percentage of women,” the research found.

In the military, it is estimated that “equality will take between 325 (EU) and 465 (NATO) years, depending on the progress between 2009 and 2018,” the report stated, adding that women now represent around 11% of military personnel. In national armies, there is no country where female presence reaches 20%.

Hungary, Austria and Slovenia had the highest presence of women in their armed forces, while Austria and Italy scored lowest in the EU context.

In the UN, only 36% of women were appointed as heads of peacekeeping missions while 48% were deputy directors. In civilian missions under the EU Common Security and Defense Policy (CSDP) only 20% are women and, in military missions, they are simply not in charge.

“We have to break that pattern, we need women at the negotiating tables,” Neumann told reporters at a press conference to mark the release of the report. “Mainly men” are represented in peace-making efforts and not “women or people who suffered in war,” she said.

“When women have a place at the table, peace talks are less likely to fail, and the resulting agreement lasts longer. Women also play a crucial role in the prevention of conflicts, peacekeeping, and reconstruction,” she added.