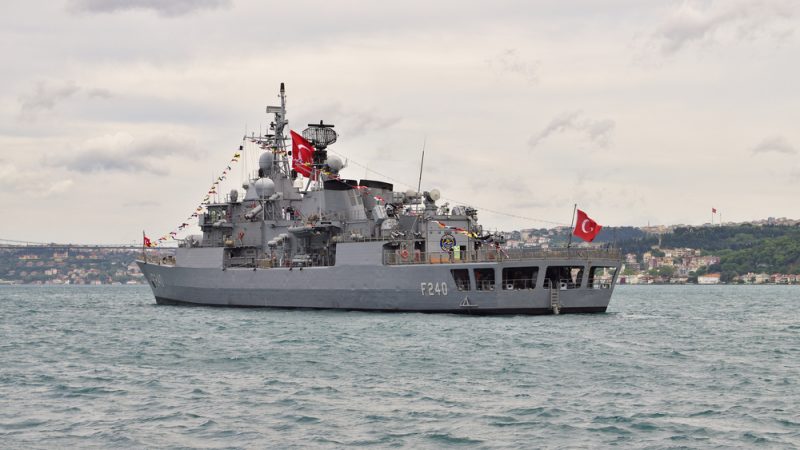 Only last year, deliveries to Turkey made up almost one-third of all German arms exports (€770.8 million) with €242.8 million. [Shutterstock]

In response to a request of leftist MP Sevim Dagdelen (Die Linke), the German economy ministry revealed that in the first four months of this year, Turkey has received armament supplies amounting €184.1 million from Germany.

Only last year, deliveries to Turkey made up almost one-third of all German arms exports (€770.8 million) with €242.8 million.

According to a government report, the weapons for Turkey are reported to be exclusively “maritime goods” meant for six class 214 submarines, which will be built in Turkey with significant involvement of the German arms concern ThyssenKrupp Marine Systems (TKMS).

The German government had approved the delivery of the components already in 2009 and secured the export with a so-called Hermes guarantee amounting to €2.49 billion.

Such guarantees for arms exports to Turkey have not been re-issued since the 2016 failed military coup against President Recep Tayyip Erdogan, which marked its third anniversary on Monday (15 July). Nevertheless, arms exports already approved in the framework of NATO commitments are still carried out on regular terms.

EU foreign ministers decided on Monday (15 July) to postpone for a few hours the announcement of sanctions against Turkey over its drilling in the sea off Cyprus, following a request by Ankara not to interfere with the third anniversary of the coup, EU officials and diplomats told EURACTIV.com.

The measures include cutting €146 million in EU funds from the pre-accession envelope, freezing the European Investment Bank’s activities in the country, halting the cooperation under the EU-Turkey aviation agreement, and cancelling high-level EU-Turkey dialogues.

The EU foreign ministers even warned about “targeted measures”, against individuals and companies, if the Turkish aggression continues.

“The provocations of Turkey are unacceptable for all of us and we are here on the side of Cyprus,” said German Minister of European Affairs Michael Roth (SPD) in Brussels.

Asked whether the German arms exports to Turkey is still appropriate in view of the EU sanction, MEP Joachim Schuster (S&D), who sits on the Subcommittee for Security and Defence (SEDE), said that “at the moment, I believe that exports should be suspended” as this is a special situation and it should be assessed accordingly.

It would be a far-reaching step to be considered, but there is also need to be cautious as “we have the problem that Turkey is a NATO member, and within NATO, arms exports are common”, he said.

Contacted by EURACTIV, New Democracy MEP Manolis Kefalogiannis (EPP) said the EU foreign ministers’ decision to impose economic and political sanctions against Turkey should be respected by all member states and EU institutions.

According to Kefalogiannis, it was a “decision of solidarity” which makes it clear that the borders of Cyprus and Greece are also European, as well as their exclusive economic zones.

“Europe’s position on Turkey’s provocations and aggressiveness is clear and unequivocal. And it was expressed in the most absolute way,” the center-right MEP added.

Germany recently announced that it considers banning exports of small side-arms to most countries outside the EU and NATO.

Earlier restrictions on exporting weapons systems to countries involved in the Yemen war have strained ties between Berlin and its allies in Paris and London since the presence of German components in many joint projects risked harming lucrative export deals with Saudi Arabia and the United Arab Emirates.

In reality, however, the scope to decide remains so far in the responsibility of member states and does not touch agreements with NATO partners.

With the increasing European cooperation on defence projects, the question of arms exports has become a pressing issue in the bloc, last surfacing during the recent inauguration of a new joint Franco-German-Spanish construction of Europe’s largest arms project.

The signed text accompanying the project referred to an agreement that Paris and Berlin are meant to finalise by the end of summer.

“I am firmly convinced that the future of exports needs to be European,” then German defence minister Ursula von der Leyen said when asked about changes in export policy.

“We will have to develop a common European attitude since we will harmonise our armed forces together in the European Defence Union, we will collectively procure systems, and here, using the combat aircraft system as an example, it becomes clear,” she told reporters at the time.

***Doris Pundy from EURACTIV Germany also contributed to this article.