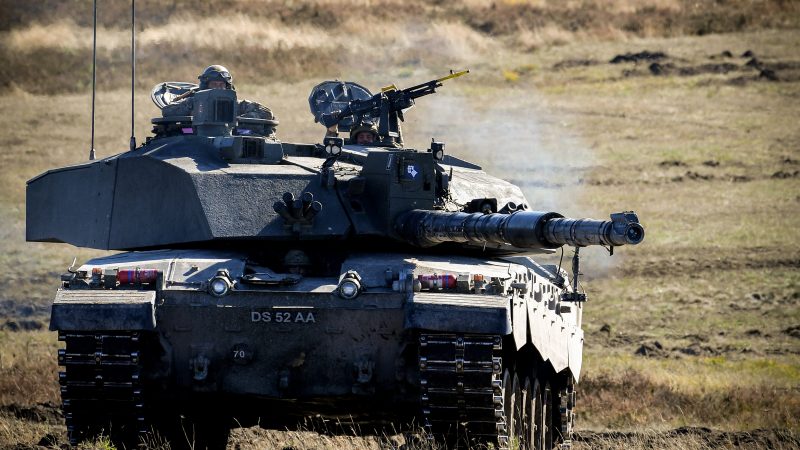 Germany is at odds with allies in Paris and London over an arms exports ban to Saudi Arabia. [EPA-EFE/SASCHA STEINBACH]

Germany extended a ban on exporting arms to Riyadh for another six months on Thursday (28 March) in a decision that strained ties with fellow European arms exporters.

German media reported on Tuesday that the so-called Bundessicherheitsrat, a secretive cross-Cabinet panel, would convene this week to debate the continuation of the embargo against Riyadh, in response to the recent assassination of Saudi journalist Jamal Khashoggi.

The moratorium on arms exports, including on already approved sales, which had already been extended twice, will now run until 30 September, German government spokesman Steffen Seibert announced.

“Over this period no new export applications will be approved,” Seibert said in a statement to Reuters.

The decision to extend the temporary ban, which was initially meant to stay in place until 31 March, has strained ties with fellow European arms exporters, with whom German companies have joint programmes.

Germany will also take necessary steps to make sure that no weapons manufactured in collaborative projects with other European countries can be delivered to Saudi Arabia or the Emirates until the end of the year, so that it cannot be used in the Yemen war.

Exempt from the ban are components produced by Germany in joint European projects such as the Eurofighter.

However, the decision has put a question mark over multi-billion military orders, including a deal to sell 48 Eurofighter Typhoon jets to Riyadh that would be led by Britain’s BAE Systems.

After considerable losses in recent polls, the SPD is keen to woo traditional voters sceptical about arms sales and worried about Saudi involvement in Yemen’s war, repeatedly urged for an extension of the delivery stop, which led to strife within the government.

According to a report released this month by the Sweden-based Stockholm International Peace Research Institute (SIPRI), in 2018 Germany increased its international arms sales by 13%.

Germany must observe the commitments made to its EU partners or else closer EU external cooperation cannot be achieved, Jürgen Hardt, CDU’s foreign policy expert, said on Friday (29 March) during a discussion on German TV channel ZDF.

This goal also demands that Germans “accept what Frenchmen and British and others think,” Hardt added.

The German decision to ban arms exports has strained ties between Berlin and its allies in Paris and London.

On Tuesday (26 March), France’s ambassador to Germany, Anne-Marie Descôtes, criticised the “unpredictable” nature of Germany’s arms export policy, calling on Berlin to abandon its restrictive stance on arms exports to Saudi Arabia so as to prevent a further fragmentation of Europe’s defence policies.

“Credible export opportunities based on clear and predictable rules are an indispensable prerequisite for the continuation of our European defence industry, as argued for in the Aachen Treaty,” Descôtes wrote in an essay published by the Berlin-based Federal Academy for Security Policy.

British Foreign Minister Jeremy Hunt accused Berlin of a “lack of loyalty”, in a very un-diplomatic letter sent to his German counterpart Heiko Maas in mid-February.

During a recent visit to Berlin, Hunt urged Germany to exempt big defence projects from its efforts to halt arms sales to Saudi Arabia or risk damage to both countries’ economic and European credentials.

“I am very concerned about the impact of the German government’s decision on the British and European defence industry and the consequences for Europe’s ability to fulfil its NATO commitments,” he wrote.

The German arms export ban is also holding up shipments of Meteor air-to-air missiles to Saudi Arabia by MBDA, a company jointly owned by Airbus, BAE Systems and Italy’s Leonardo, since the missiles’ propulsion system and warheads are built in Germany.

In an attempt to assuage French and British partners’ concerns, the German government agreed to extend for nine months export licences that had already been granted, provided the companies undertook not to deliver any finished weapon systems until the end of the year.

Berlin also called on Paris and London to ensure that any weapons systems delivered to Saudi Arabia or the United Arab Emirates would not be deployed in the Yemen conflict.