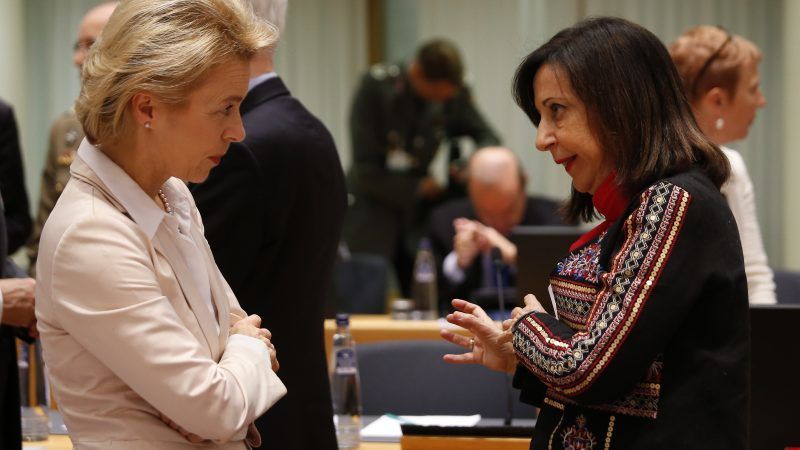 Paris and Berlin initially planned to offer Spain only observer status on the programme, but changed their plans after extensive discussions with Spanish officials, according to a separate source familiar with the matter.

Spanish Defence Minister Margarita Robles this week then formally asked to participate as a fully-fledged partner in the programme, which will also require certain financial outlays.

“The current intention is to sign a tri-national memorandum of understanding on the sidelines of the 2019 Paris Air Show in Le Bourget,” said one of the German sources.

A spokesman for the German Defence Ministry welcomed Spain’s expression of interest, noting that it made sense to work jointly to put future programmes on a solid footing. Spain was also a partner in the earlier Eurofighter programme.

No comment was immediately available from the French Defence Ministry.

The two countries announced last month that they expected to sign initial contracts with Airbus and Dassault Aviation in early 2019 to move ahead with the new Future Combat Air System (FCAS), to include a jet fighter and a range of associated weapons, including drones.

Britain, which is due to exit the European Union in March 2019, unveiled its own rival aircraft development programme, dubbed Tempest, at the Farnborough Air Show in July.

European military and industry executives say they believe the two programmes could and should eventually be merged given the need to compete internationally and the many billions of euros needed to develop a new combat aircraft.

Robles said her ministry was “convinced that these programmes will eventually merge,” adding: “Despite this, and with the aim of participating in the project from its initial phase, Spain has decided to join Paris and Berlin’s project.”