Germany has spent more than $1 billion over the past decade to cover the costs related to the stationing of US troops on its territory, according to figures by the German finance ministry, which a key government official called “anything but too high”, citing related economic benefits.

Between 2010 and 2019, Berlin paid a total of €982.4 million, with €648.5 million spent for construction measures and €333.9 million defence costs, according to the finance ministry figures published in response to a parliamentary query from opposition Left Party lawmaker Brigitte Freihold (Die Linke).

The publishing of the financial statement comes barely a month after an announcement by US President Donald Trump that he would order a major reduction in US troop capacities in Germany, from around 34,500 personnel down to 25,000.

Currently, there are 34,674 US military personnel stationed in Germany, including 20,774 from the Army and 12,980 from the Air Force, according to a Pentagon deployment report.

There are more US soldiers stationed in Germany than in any other European country, and US military infrastructure in Stuttgart, Germany had been a key hub for securing missions in the Middle East and Africa, and especially in Afghanistan and Iraq.

For Rhineland-Palatinate, the economic effects are expected to be significant as the region hosts around 18,500 military personnel, 12,000 US civil employees and 25.000 family members, while 7,200 German civilian employees are paid by the US armed forces.

“The cost of deploying the US soldiers of just under billion euros in ten years is anything but too high for Germany,” the federal government’s transatlantic coordinator Peter Beyer (CDU) told RedaktionsNetzwerk Deutschland (RND), defending the costs.

“The US soldiers spend part of their wages where they are stationed – in southwest Germany – and are therefore an important economic factor for the region,” Beyer said, adding that the economic gain for the cities and municipalities is much higher than the cost of deploying troops.

“Overall, like many Democratic and Republican lawmakers, I consider the planned reduction in US troops in Germany to be a security and alliance policy mistake,” Beyer told RND.

“The bottom line is that one billion euros for ten years is a good investment in our security,” he said.

The US troop withdrawal plans were the latest twist in relations between Berlin and Washington that have often been strained during Trump’s presidency. The US president has pressed Germany to raise defence spending and accused Berlin of being a “captive” of Russia due to its partial reliance on Russian energy.

Berlin was not notified ahead of the move, which came after Trump branded his NATO ally Germany as “delinquent” for failing to pay enough for its own defence and not meeting NATO’s defence spending target of 2% of GDP, set in 2014 for all its members to reach by 2024. 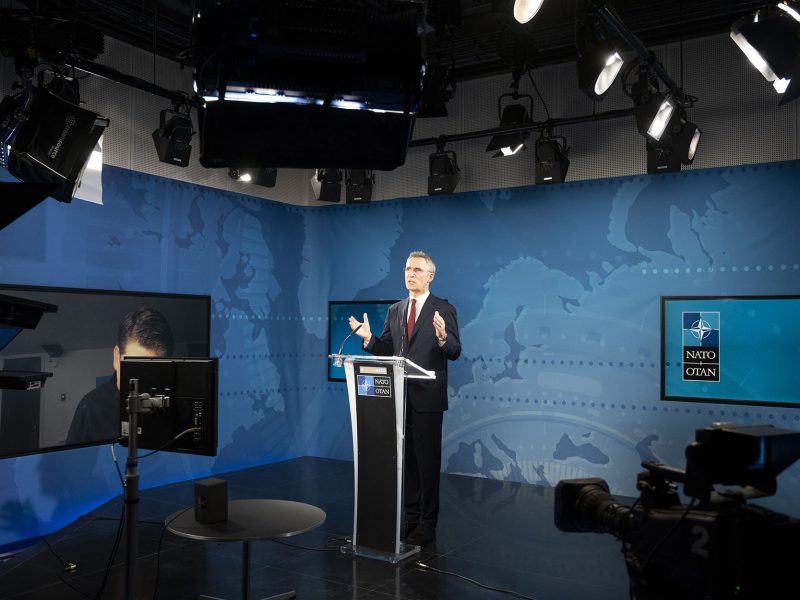 According to most recent NATO financial figures, Berlin is currently spending about 1.38% of GDP on its defence budget and aims to reach 1.5% by 2024.

Last November, the German government pledged to play a more active role in NATO and reach the defence spending target by 2031, seven years after the 2024 deadline agreed by the allies, who are under heavy US pressure to beef up their military budgets.

Although many European countries have boosted their defence budgets, only seven of the 29 NATO allies are currently reaching the recommended target of 2% of GDP, according to NATO’s annual report.

The US, with its military budget at around 3.4% of GDP, spends more on defence than all 29 other allies combined.