Germany warns of spillover-effect of Ukraine war in Western Balkans 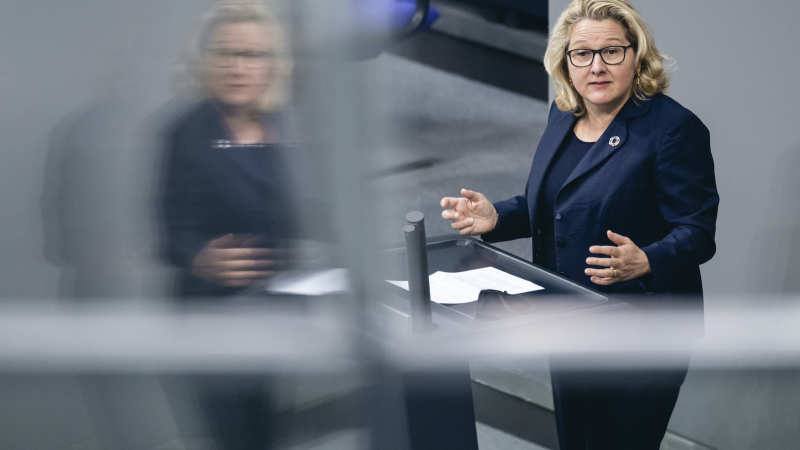 To counter secessionist efforts, Germany thus wants to increase pressure on the Republic of Srpska, and its representative in the tripartite presidency, Milorad Dodik. [Xander Heinl/Deutscher Bundestag]

The German government has warned of Russia’s destabilisation strategies, possibly challenging peace and stability in the Western Balkan region, most notably in the already dysfunctional Bosnia and Herzegovina (BiH). EURACTIV Germany reports.

Almost thirty years after the war in BiH, ethnic divides remain entrenched, and the secession attempts of the Serb-dominated Republika Srpska (RS), which is locked in an uneasy and loose union with the Bosniak-Croat Federation, are seen as a challenge to peace and stability in the region, according to the German government.

In December, government representatives of the Bosnian Serbs in the Republika Srpska announced they would secede from Bosnia within six months.

“And these efforts of the Republika Srpska to secede, I, in any case, observe with great concern,” German Development Minister Svenja Schulze told a plenary debate in the Bundestag on Wednesday (6 April).

“Especially in the current crisis situation in Ukraine, there is a threat of chain reactions in the Western Balkans and even beyond,” she added.

Russia’s influence in the region is seen as a problem. The Kremlin has backed Republika Srpska’s independence movement for years and has established close ties with Serbia, the biggest country in the region.

Amid the war in Ukraine, Bosnian Serb representatives in the government are loyal to Moscow. Last week, the Serb member of the tripartite presidency blocked sanctions against Russia and even announced increased energy cooperation.

Schulze warned that BiH should be helped in becoming more resistant to outside influence, particularly in countering any Russian attempts at political and economic destabilisation. 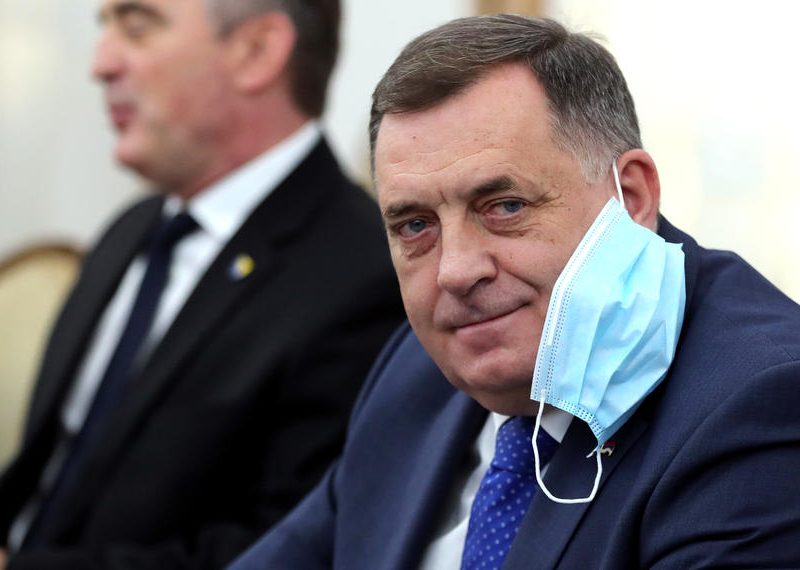 Bosnia and Herzegovina will not join the EU’s sanctions against Russia, said Milorad Dodik, the Serb member of the BiH tripartite presidency about a decision that needs the backing of all three presidency members. The two others, Šefik Džaferović and Željko Komšić …

To counter secessionist efforts, Germany wants to increase pressure on Republika Srpska and its representative in the tripartite presidency, Milorad Dodik, who is subject to US sanctions for corruption and threatening Bosnia’s stability and territorial integrity.

For example, infrastructure funding amounting to €100 million has been suspended.

The German government is also lobbying for EU sanctions against Dodik. “Such destructive behaviour must not remain without consequences,” Anna Lührmann, Germany’s Minister of State for Europe, told the Bundestag on Wednesday.

“We also consider sanctions against those who are pushing this destructive secessionist war necessary – first and foremost Milorad Dodik,” she added.

So far, however, proposed sanctions have only garnered limited support from other EU member states.

Besides Germany, only Belgium, the Netherlands, Luxembourg, and the Czech Republic support the plan, far from the required unanimity. Meanwhile, Hungary has vowed to veto any attempts at sanctioning Dodik, likely a nod to its ally Belgrade, which backs RS.

Similarly, both Hungary and Serbia, have been quite sympathetic to Russia amid the war, with the former refusing to allow military supplies across its territory and the former failing to align with EU sanctions since 2014, despite being a candidate for accession. 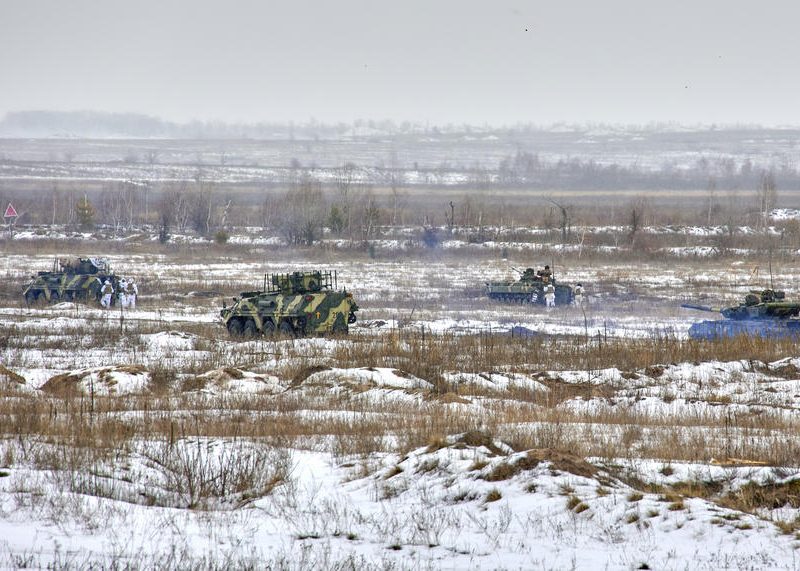 War with Russia and what it means for the Western Balkans

Russia’s invasion of Ukraine has sent shockwaves through the world, particularly through the Western Balkans- a tinderbox of ethnic and political tensions maintained by strong ties with the US and Europe.

“All three sides are controlled by nationalists, who are also being courted by European institutions by continuing to negotiate with the political mafia instead of making clear demands,” Josip Juratovic, a German Social Democrat lawmaker of Croatian descent, told EURACTIV.

For example, Dragan Čović, the leader of the largest Bosnian Croat party, the HDZ, threatened in a letter sent to EU institutions in March that attempts to reduce the status of Croats to that that “of a national minority” could lead to them demanding a “territorial reorganisation of the country”.

This notion was in the past referred to as “the third entity” for Croats and was consistently dismissed by Western officials, who insist on sticking to the Dayton peace agreement, which laid the foundations for today’s BiH in 1995.

Čović’s main aim is to reform electoral law ahead of the parliamentary election scheduled for October 2022 to bolster the Croats’ position in elections in the Federation, where Bosniaks represent a sizeable majority.

“Also, on the part of the Croats, who are currently threatening to boycott the elections, it is primarily about retaining power and that Čović remains the eternal emperor, just like Dodik, who always presents himself as the emperor of the Serbs in Bosnia,” Juratovic also told EURACTIV.

Bakir Izetbegovic, the leading representative of the Bosniak ethnic group in BiH, has so far opposed attempts to overhaul the electoral system.

Besides Russia, which is using Republika Srpska as a lever in its destabilisation strategy of the Western Balkans, Serbia, an EU candidate country since 2012, is also highly influential in BiH.

Serbian President Aleksandar Vučić, who was re-elected only on 3 April, is viewed as an ally of Dodik.

The proposal for electoral reform in favour of Bosnian Croats, for example, is something Zagreb campaigned for during a summit of EU leaders in March.

However, Croatia’s push for electoral reform in neighbouring Bosnia is mainly driven by domestic political reasons, Juratovic said, explaining that the HDZ government in Croatia depends on the three seats reserved for the diaspora in the Croatian parliament, which the HDZ traditionally wins.

“Through this action, the Croatian prime minister is therefore trying to secure a majority for the next election,” he added. 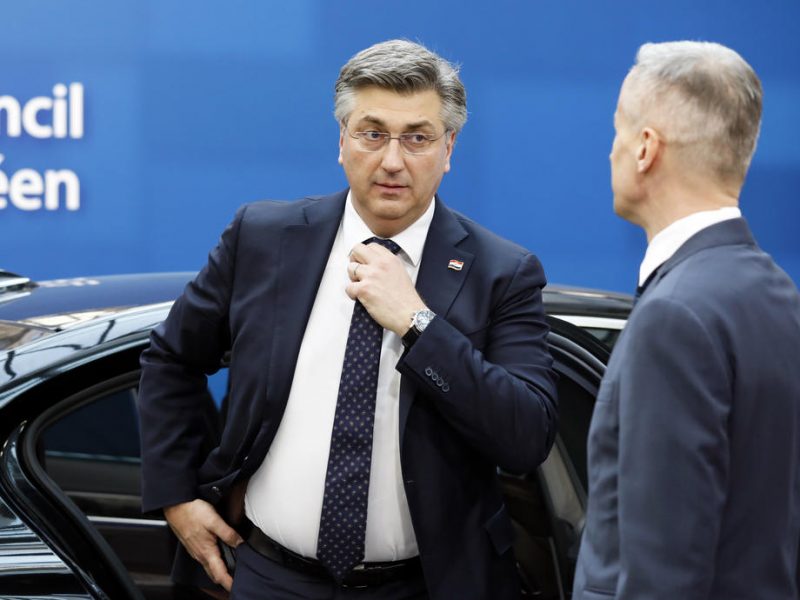