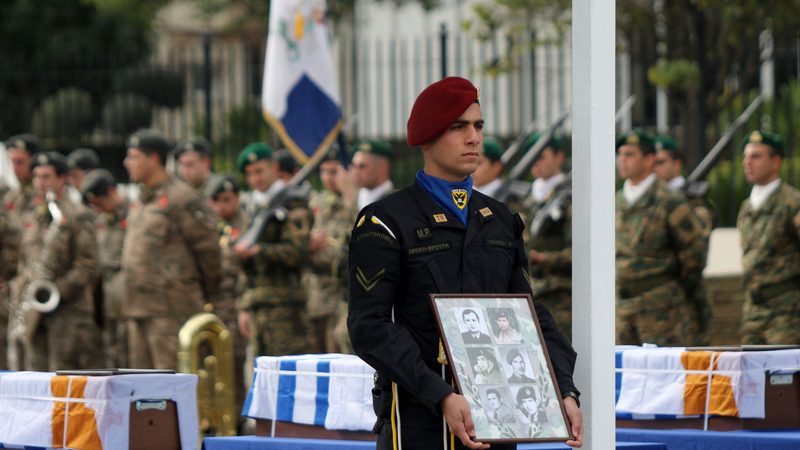 In Greece, the debate on whether is needed has taken long and is divisive. [EPA/KATIA CHRISTODOULOU]

Authorities in Athens are planning a new law in May to extend the mandatory military national service from 9 to 12 months, a move resented by the young people concerned. EURACTIV Greece reports.

With the exception of those who will serve in the borders with Turkey, either in Evros or in the Aegean islands, whose service will continue to last 9 months, the rest of the conscripts will have to serve for an entire year.

Much of Europe has done away with compulsory military service, but Greece still maintains the draft, obviously because of the tense relations with Turkey, where the military service is mandatory.

According to a source, the decision was made in order to strengthen the military presence at the borders between Greece and Turkey and to avoid conscripts seeking to be transferred to the capital city.

The Greek army needs manpower and therefore the decision is welcomed by the military officials, while students and young adults living (or planning to live) abroad, who will need to postpone their studies in order to serve in the army, have a different viewpoint.

“It’s a barrier for students and young workers that live abroad and wish to return to Greece. How is this decision supposed to reverse brain drain?” Konstantinos Vogiatzoglou, a post-graduate student at Wageningen University, told EURACTIV.gr.

He added that “Greek youth has nothing to win from this experience”.

In Greece, the unemployment rate of young people up to 24 years old jumped to an alarming 33% last September, according to Greek statistics office data.

The figure is expected to rise further due to the pandemic and the country’s debt is projected to reach 200% of GDP.

Fanis Friderikos, a post-graduate student at King’s College University, is mostly concerned about mass unemployment and believes that “it was the worst possible timing for the government to announce such a decision”.

According to Fanis, “now, young men have to cope with an extra unnecessary burden that can put on hold their future plans”.

Athens is seeking to convince young people to serve in the army before continuing their studies. Greek officials also plan a solution for approximately 23,000 young Greeks who avoid conscription by living abroad.

In Greece, the divisive debate on whether the draft is needed has been dragging on for many years.

On the one hand, advocates suggest that its abolition could damage the development of the countryside, considering that the presence of soldiers helps local economies.

In contrast, critics point out that the successive governments use military service as a means to “hide” the rising youth unemployment rates.