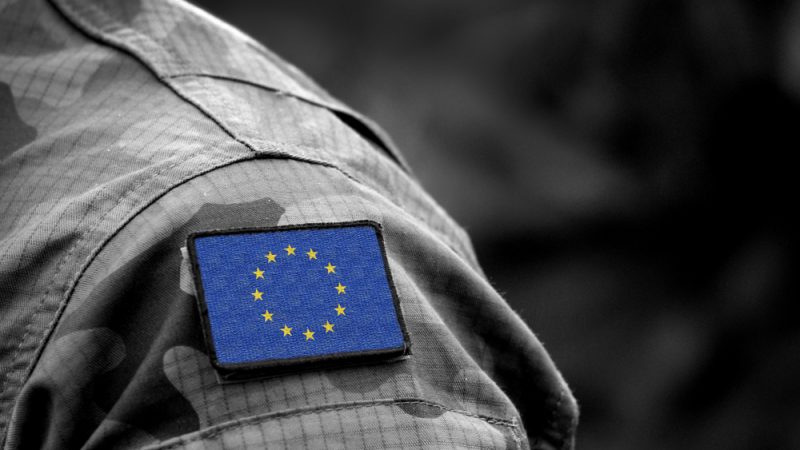 The initial draft was met with criticism that the threat from Moscow did not include specifics such as military threats, weaponising energy supply, and hybrid attacks. [Shutterstock/Bumble Dee]

Russia’s invasion of Ukraine has prompted a significant rewrite of the EU’s upcoming military strategy document, with the security threat of Moscow’s aggression becoming the red thread throughout the latest version of the document, seen by EURACTIV.

“The return of war in Europe, as well as major geopolitical shifts, are challenging our ability to promote our vision and defend our interests,” the now 41-page draft document (34 before) states.

“The more hostile security environment requires us to make a quantum leap forward and increase our capacity and willingness to act, strengthen our resilience and ensure solidarity and mutual assistance,” it reads.

The initial draft was met with criticism that the threat from Moscow did not include specifics such as military threats, weaponising energy supply, and hybrid attacks.

Furthermore, some Eastern European member states argued that for the EU to become a geopolitical heavyweight, it needs to play a security role not only in Africa but even more so in its Eastern neighbourhood.

As a result, and due to escalating tensions, the EU enshrined more robust support, including security and defence, for its Eastern partners.

The new draft embodies the shift in language and strategy the EU has shown since Russia invaded Ukraine on 24 February, stressing that the bloc is “more united than ever”.

“We are committed to defend the European security order,” the draft states.

When EU leaders meet for an informal summit in Paris next week, they are expected to discuss the blueprint and address Moscow’s continuing war on Ukraine.

“Supporting Ukraine in facing Russia’s military aggression, we are showing an unprecedented resolve to restore peace in Europe, together with our Allies and partners,” the amended draft reads.

It widely condemns Moscow’s actions as “unprovoked and unjustified”, explicitly referencing Russia’s military aggression in Georgia in 2008, the illegal annexation of Crimea in 2014 and the support to armed separatist groups in Ukraine’s breakaway Donbas region.

These actions show “the Russian government is actively trying to restore and expand so-called spheres of influence.”

Beyond Russia’s attack against Ukraine, the document also calls out Russia for “showing the readiness to use the highest level of military force, regardless of legal or humanitarian considerations, combined with hybrid tactics, cyberattacks and foreign information manipulation and interference, energy coercion and an aggressive nuclear rhetoric”.

It specifically now also refers to “core principles on which European security is built, enshrined in the UN Charter and the founding documents of the OSCE, including the Helsinki Final Act and the Charter of Paris”.

Those legal documents – which centre around territorial integrity of states and borders, refraining from the threat or use of force and freedom of countries to choose or change their security arrangements – have all been challenged by Russia in the case of Ukraine.

“These principles are neither negotiable nor subject to revision or re-interpretation,” the document stresses.

Moreover, the red thread of the changes now emphasises ‘unity’ and ‘solidarity’ in the EU’s relations with partners and like-minded countries in the G7, NATO and the UN.

“In this context, our strategic partnership with NATO and the collective defence it provides to Allies is more important than ever for our Euro-Atlantic security,” the draft states.

It also references “other theatres such as Libya, Syria, Central African Republic and Mali, [where] Russia also projects itself and uses crises in an opportunistic way, including by using disinformation and mercenaries, such as the Wagner group”.

More defence, with all costs

The recent mobilisation of the European Peace Facility (EPF) has been another radical ‘paradigm shift’ on defence for the EU. The bloc decided to move away from its ‘taboo’ of using its resources to supply lethal weapons to a third country.

Under the new plans, the EU will use an off-budget ‘European Peace Facility’ (EPF) financing instrument with a ceiling of €5 billion that can be used to provide military aid.

“This can also be done to increase partners’ defence capabilities in a moment of crisis, as in the case of the assistance package to support the Ukrainian armed forces to defend their territory and population from an unprovoked and unjustified aggression,” it adds.

On defence spending, the new draft states “it becomes urgent to spend more and better” in coordination between member states and EU level.

The bloc will “define objectives on increased and improved defence spending” by mid-2022, with the European Commission tasked with developing additional incentives for collaborative investments.

One such step has recently taken place with the EU’s executive proposing a waiver of Value Added Tax (VAT) when buying defence equipment produced in Europe to promote joint armaments projects. 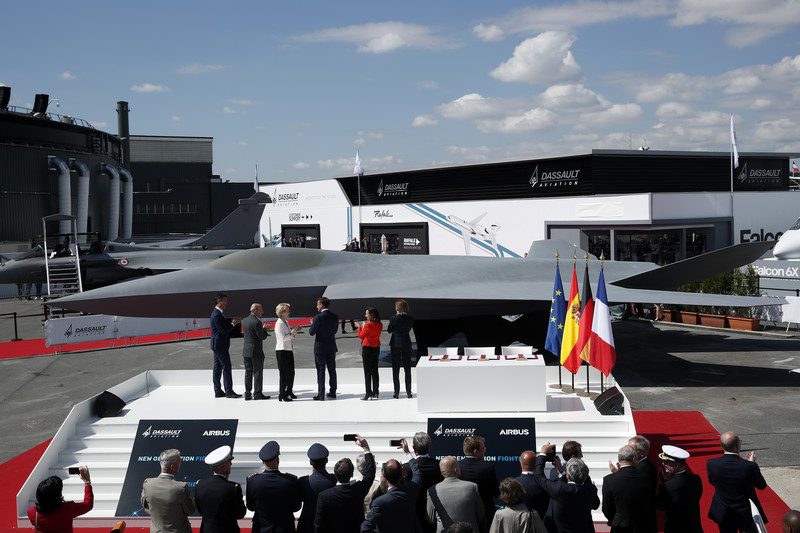 The EU is considering waiving VAT when buying defence equipment produced in Europe in order to promote joint armaments projects, according to a defence policy proposal presented by the European Commission on Tuesday (15 February).

Compared to the previous draft, the new version strongly specifies “the urgent need to ensure that our substantially enhance the military mobility of our armed forces within and beyond the Union”.

It specifically names the strengthening of “dual-use transport infrastructure across the trans-European transport network to promote rapid and seamless movement of military personnel, materiel and equipment for operational deployments and exercises, working in close cooperation with NATO and other partners”.

According to the draft, by the end of 2022, the EU also aims to start analysing EU transport infrastructure capability to sustain short-notice large-scale movements and complete the improvement and harmonisation of cross-border procedures by 2025.