Military in protective clothing prepares to remove vehicles from a car park in Salisbury, Britain, 11 March 2018. British media reports on 19 July 2018 state the British police have identified a number of Russians that they suspect of being behind the attack in March where Novichok nerve agent was used against former Russian spy Sergei Skripal and his daughter Yulia. [EPA-EFE/NEIL HALL]

In the late 1990s, Alexander Litvinenko was responsible for the internal investigation of corrupt practices in the Federal Security Service of the Russian Federation (FSB), the successor of the State Security Committee (KGB).

After falling out of favour with his superiors, Litvinenko was arrested but managed to escape from Russia through Turkey to Britain, where he received political asylum. It was there that he was poisoned with polonium and the circumstance of his murder have not been fully explained, although the FSB is still the prime suspect.

In early March 2018 in Salisbury, Sergey Skripal, a former Russian GRU officer turned double agent for the British, and his daughter appeared to suffer a similar fate as Litvinenko when they fell victim to a Novichok poisoning. It was Skripal who helped to reveal a significant number of Russian spooks, secreted among others in Europe.

Two Russian nationals, using the names Alexander Petrov and Ruslan Boshirov, have been named as prime suspects in the Skripal murder case. They are believed to be officers from Russia’s military intelligence service.

And they are not the only ones. London has become a den for spies, according to a new report published on Tuesday by the UK-based Henry Jackson Society think tank, based on information from dissidents, defectors and intelligence sources.

“Though these agencies have been in the headlines because of the Skripal poisoning, they are not just engaged in assassinations. Instead, they are busily delivering Russia’s full suite of “active measures as part of a broad and malevolent effort to undermine our society. The threat they pose harks back to a darker age,” Andrew Foxall, director of the think tank’s Russia and Eurasia Studies Centre, said upon presentation of the report.

According to the publication, there are 200 Russian ‘case officers’ in the UK handling up to 500 agents, a five-fold increase compared to 2010.

“Russia’s embassy in Kensington currently maintains a staff of 56 diplomats, around half of whom, government sources suggest, are believed to be engaged in intelligence work – both declared and undeclared,” the report states.

In response, the Russian embassy in London dismissed in a tweet the study findings as “political paranoia”.

Don’t you think this is political paranoia? pic.twitter.com/VaBrI4RG4Z

According to the Russian embassy, “a non-committal phrase” in the report [“Reflecting the level of paranoia within London’s Russian community, interviewees and interlocutors suggested that anywhere between a quarter and a half of Russian expats were, or have been, informants”] has been transformed into a categorical statement.

“To the Embassy’s knowledge, our compatriots have met these tricks sceptically and even sarcastically. These publications would have been unworthy of a public comment, if they weren’t leading to a further escalation of tensions and distrust towards Russians living in Britain. We regretfully note that this is going on with the connivance of the British authorities,” the embassy said in a statement.

Moreover, the report suggests that out of an estimated population of 150,000 Russian ex-pats living in London, allegedly between a quarter and a half of them could be informants for the Russian intelligence service – potentially, some 75,000 individuals.

Dr Foxall told EURACTIV that the source of these figures included former Russian intelligence officers as well as individuals close to the UK government. According to them, dozens of members from the Russian expat community are believed to have direct or indirect links to spy agencies, including the FSB and the GRU.

“For too long, Britain’s security policy has been premised upon the naïve assumption that Russia has given up its Cold-War mindset. Russia’s spycraft is just as audacious as it has ever been,” says Foxall. 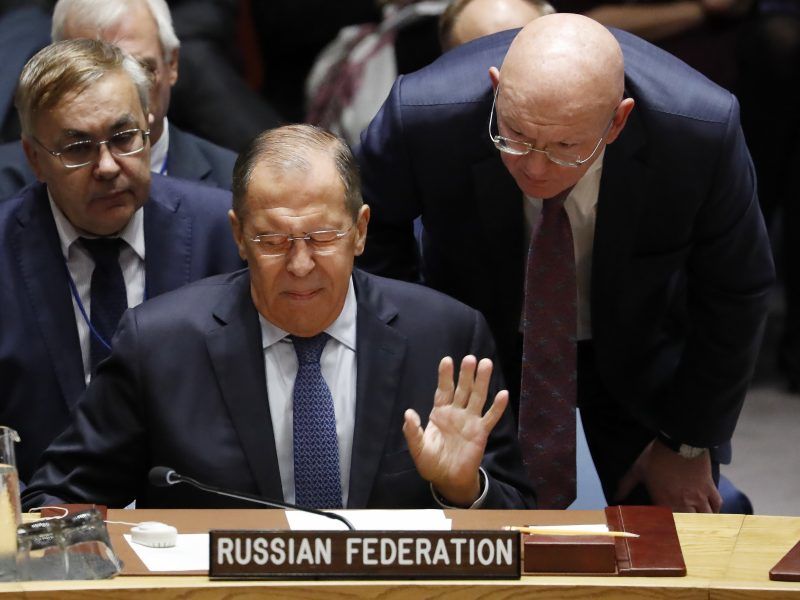 The Kremlin on Thursday (27 September) cast doubt on photographs that appeared to show a suspect in the Skripal poisoning case was a Russian intelligence officer, saying that “many people look alike.”

“The UK’s “Warnings Index” – relied upon by Border Control to flag persons of interest, including spies – has proved fatally ineffective at preventing Russian officers from freely entering the country in order to execute hostile operations,” the report suggests.

The former head of MI6, Sir Richard Dearlove, endorsed the report, saying that there is the “need to devote significant resources and expertise” to monitor and blunt this threat and “an effective counterintelligence capability remains an essential part of our own intelligence and security community.”

The revelations came the same day as Russia failed to meet a 90-day deadline under the Chemical and Biological Weapons Control and Warfare Elimination (CBW) Act to take steps to prove it has ended its chemical weapons programme in the wake of the Salisbury attack in the UK in March, the US State Department announced.

David Tessler, deputy director of policy planning staff for the US Secretary of State, told reporters in Brussels that a fresh second round of sanctions against Moscow was under consideration in connection with the Skripal case. A first, preliminary round of sanctions against Russia on security-related technology was imposed by Washington in August. 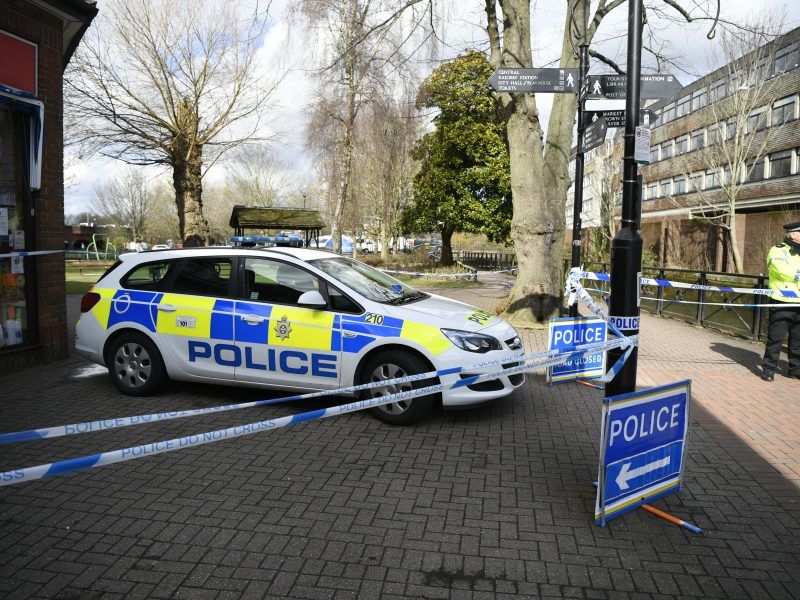 “Our sanctions must remain strong until we see the behaviour change in Moscow that we’re all looking for,” Tessler said, adding that the success of sanctions depended on close coordination with Europe as Washington is pressing EU countries to maintain the tough sanctions regime imposed on Moscow after the annexation of Crimea and the Ukraine crisis.

Responding to the fact that Italy’s pro-Kremlin government is pushing the EU to relax the pressure on Russia, he added: “We do not believe in any relaxation of sanctions before there’s full behaviour change, full implementation of Russian commitments.”

Moscow, however, has denied any involvement and responsibility for the Skripal attack, denouncing as “illegal” the first set of sanctions imposed under the CBW Act.

Russian Prime Minister Dmitri Medvedev said on Wednesday (7 November) that Russia had adapted to the sanctions and the Russian government is ready to support companies that will fall under the new US sanctions, Russian News Agency TASS reported.

“Therefore, in the case of new sanctions nothing critical will happen, I am sure of it, but all this is unpleasant,” Medvedev concluded.