TV footage of a speech by Lukashenko to a women’s forum in Minsk shows the long-serving Belarus leader lashing out at two of its EU neighbours, but sparing one – Latvia.

“We’re forced to withdraw our troops from the streets, put half the army under arms and close the state border from the West, primarily Lithuania and Poland,” Lukashenko said.

“I don’t want my country to be at war. Moreover, I don’t want Belarus and Poland, Lithuania to turn into a theatre of military operations where our issues will not be resolved,” he said and added that Belarus’ border with Ukraine would be strengthened.

“Therefore, today in front of this hall of the most beautiful, advanced, patriotic people, I want to appeal to the peoples of Lithuania, Poland and Ukraine — stop your crazy politicians, don’t let war break out.”

Lukashenko significantly omitted to mention Latvia, another neighbouring member of the EU and NATO, which has kept a low profile since the contested 9 August elections in Belarus.

The Belarusian leader also blasted the European Parliament’s decision not to recognise the August elections.

“I want to say the following in response to this, so that no one worries in Russia or Belarus. We held elections based on the constitution and laws of our country, and we don’t require recognition from anyone,” he said.

The European Parliament said on Thursday that Lukashenko should no longer be recognised as president when his term expires in November, and called for European Union economic sanctions to be imposed on him. 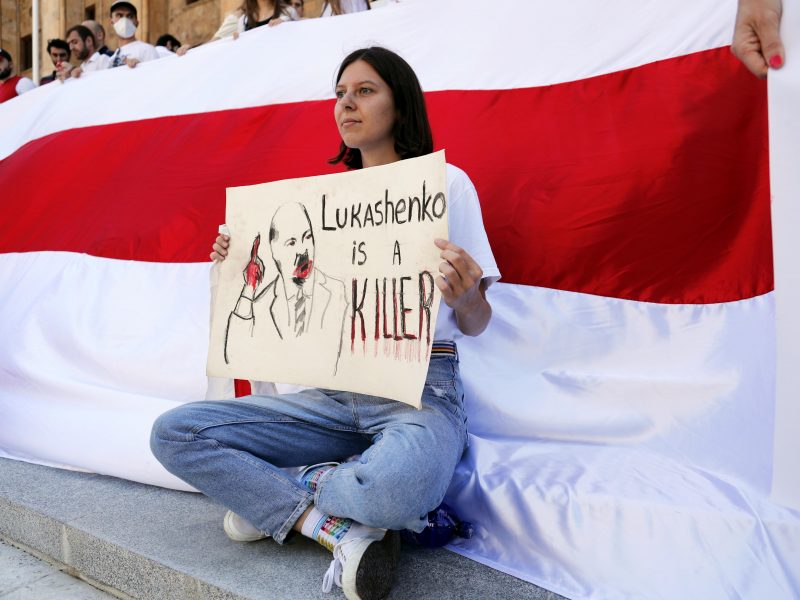 Belarusian leader Alexander Lukashenko should no longer be recognised as president from November when his term expires, the European Parliament said on Thursday (17 September), calling for European Union economic sanctions to be imposed on him.

EU ministers are yet to decide on sanctions against Belarus, probably on 24 September but the problem is that Cyprus could its veto power against such a move unless sanctions are also decided against Turkey, because of a separate row over Turkish drilling in the Cyprus economic zone in Eastern Mediterranean.

Belarus and its big ally Russia have also warned against NATO war games close to the Belarus borders. NATO has said that such allegations are baseless.

Commenting on Lukashenko’s statements late on Thursday, the Polish side said the situation at the border had remained unchanged. NATO had no reaction at the time of publishing of this article.