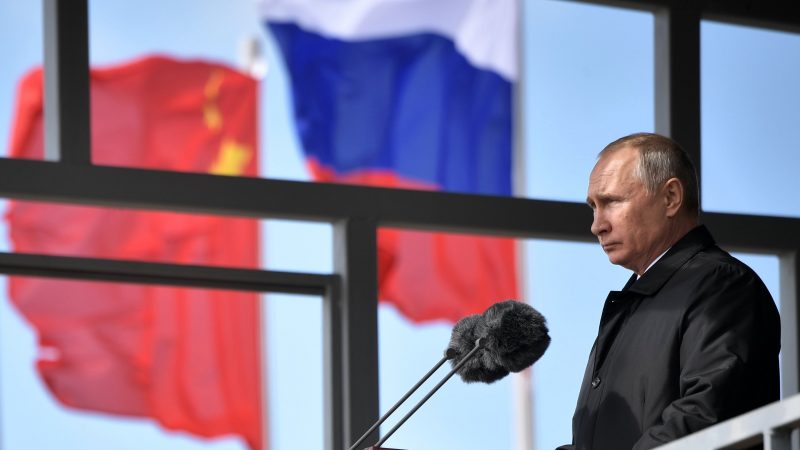 Growing political and military cooperation between Russia and China poses “new dangers” for NATO and threatens multilateralism, the head of the military alliance said in an interview published Tuesday (8 June).

“Russia and China have been cooperating more and more recently, both at a political and a military level. This is a new dimension and a serious challenge for NATO. New dangers are arising.

“Moscow and Beijing are increasingly coordinating their respective positions in decisions taken in multilateral organisations like the UN.

“In addition, both countries conduct joint military exercises, test long-range flights with fighter planes and (conduct) maritime operations together, but also carry out an intense exchange of experiences on weapons systems and internet control.”

He said NATO, which is holding a leaders’ summit including US President Joe Biden on 14 June, “must adapt to an increasingly competitive global security environment”.

After the NATO summit, Biden is scheduled to meet Russian President Vladimir Putin in Geneva on 16 June.

Stoltenberg said “we do not consider China as an enemy” but said it “does not share our values — it does not believe in democracy, in freedom of speech or freedom of the media”.

He added: “China is very active in Africa, in the Western Balkans and the Arctic. It makes massive investments in key infrastructure in Europe. In cyberspace, China is a key player. All this has a huge impact on our security.”

With Russia, NATO takes a dual approach — “deterrence and dialogue”, he noted.

Biden is scheduled to meet Russian President Vladimir Putin after the NATO summit, in Geneva on 16 June.

“Our troops are present on rotation in the Baltic, in Poland and in Romania, and we have new models of intervention, so that in the event of a crisis, additional NATO contingents can arrive quickly,” Stoltenberg said.

On Belarus, an ally of Russia which borders three NATO countries — Lithuania, Latvia and Poland — he said NATO would remain “vigilant”.

“We are naturally ready, in case of emergency, to protect and defend every ally from any kind of threat from Minsk and Moscow,” he said.