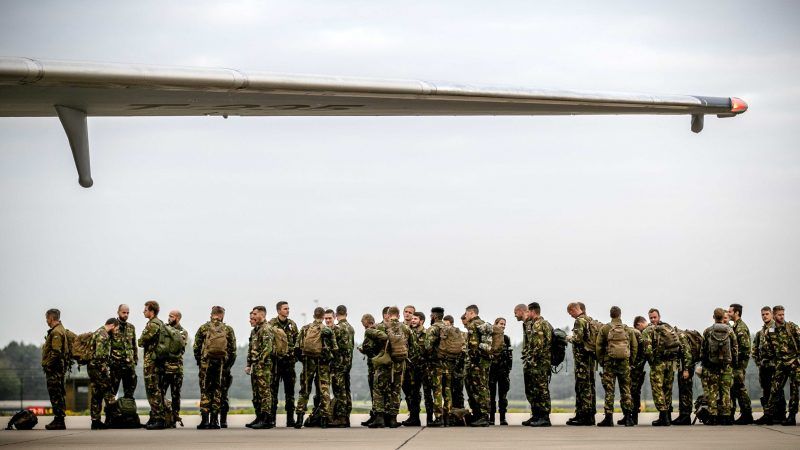 Officially, the exercise, which will run through to 7 November, is not about responding to a Russian attack on a NATO member, although US officials have said Trident Juncture’s geopolitical message is clear: NATO is ramping up its ability to respond to Russian aggression.

Speaking to the press on Wednesday, NATO Secretary General Jens Stoltenberg said the scenario was fictitious, but the lessons to be learned would be real. He said Europe’s security environment had seriously deteriorated in recent years and Trident Juncture was a reflection of NATO’s adaptation to this challenge.

Trident Juncture is a war game where the “Northern Forces” will play against the “Southern Forces” – primarily on land in central and eastern Norway. The core exercise area is more than one thousand kilometres from the Russian border, but air forces will operate from airports in the north, of which Finland’s air base at Rovaniemi is some 150 kilometres from Russia’s militarised Kola Peninsula.

UK contribution to Ex #TridentJuncture in numbers. With over 50,000 participants from 31 nations, this is NATO's biggest collective defence exercise in over a decade. Find our more here ? https://t.co/1bMAvXzyzk pic.twitter.com/n7yfGTxe5K

US aircraft carrier Harry S. Truman and its strike group, including its ships and aircraft, will participate in Trident Juncture. This is the first time a US carrier group has been in Norwegian waters since the Cold War.

❓Did you know? Among the 65 ships participating in the exercise is @USSHARRYSTRUMAN. SG @jensstoltenberg visited the aircraft carrier on its way to ??. This is the 1st time a US carrier group has been in Norwegian waters since 1987. pic.twitter.com/7PFGKFAah1

In recent years, non-NATO members Finland and Sweden have moved closer to the alliance in the sphere of operational military cooperation.

“There is no need to name the potential aggressor,” wrote Carl Bildt, former Swedish minister of foreign affairs, in an op-ed he contributed to Project Syndicate.

“In recent years, Northern Europe’s security landscape has changed. In response to Russian aggression and revisionism, NATO has deployed battalion battle groups in Estonia, Latvia, and Lithuania, as well as air force squadrons to police those countries’ skies.

And in both Sweden and Finland, defence spending is increasing, and there is an ongoing debate about whether to upgrade the privileged partnership with NATO to full membership”, Bildt wrote.

“The core exercise area is more than one thousand kilometres from the Russian border, and air operations could take place up to five hundred kilometres away from the border, so there should not be any reason for the Russians to get scared,” Lieutenant General Rune Jakobsen, commander of the Norwegian Joint Headquarters, told reporters “.

Russia Foreign Minister Maria Zakharova told the state-run Tass news agency that the expansion of the US Marine Corps presence and the overall increased Western military posture in Norway was a “violation of all time-tested traditions of good neighbourliness and against the policy of the Norwegian government established way back in the Cold War period on self-restraint.”

Last month, Russia launched its largest war games since at least 1981 alongside China and Mongolia as part of the Vostok (East)-18 drills. 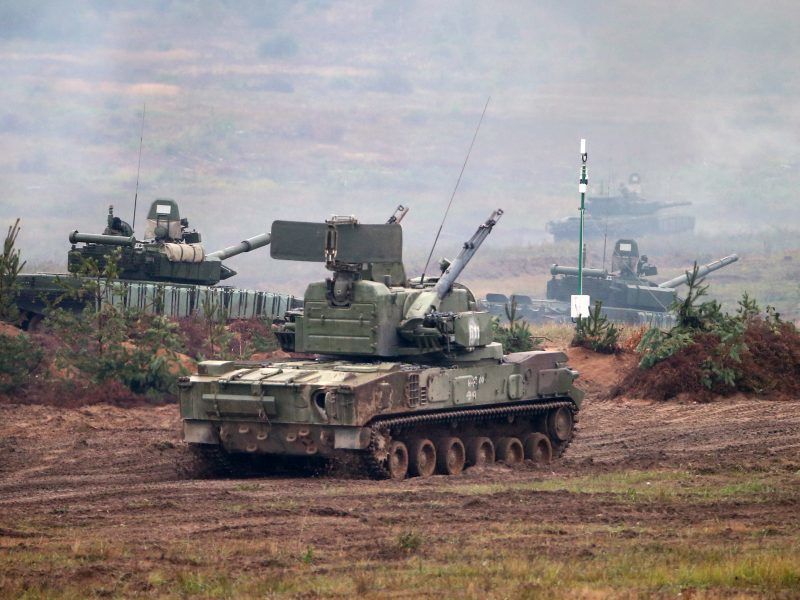 Stoltenberg said the alliance had invited Russian observers. He said NATO had briefed Russia on Trident Juncture, the same as Moscow had briefed the Alliance on Vostok, and added that he expected Russia to monitor the exercises, according to the respective agreements concluded in the OSCE framework.

“As long as they behave professionally and avoid dangerous situations and behaviour, I don’t think that’s a problem at all if they monitor the exercise Trident Juncture”, Stoltenberg said.

He said the date of the next NATO-Russia Council had not been decided but the two sides were in touch for agreeing on a date. He added that the period 2014-2016, when no such meetings were held, was now over.