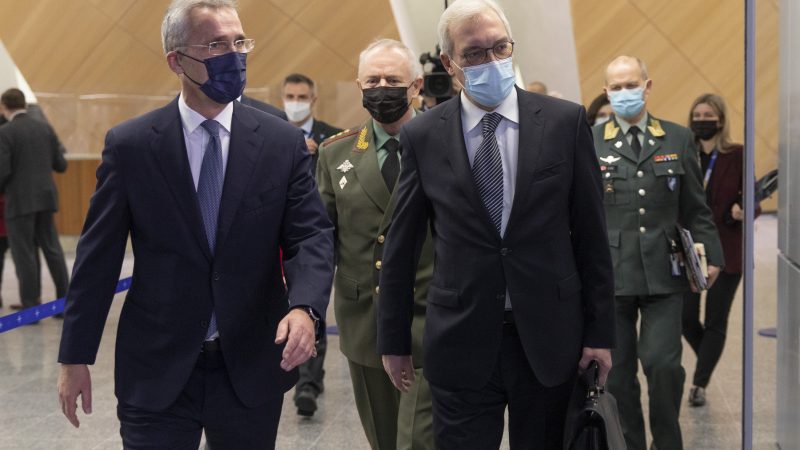 “Our differences will not be easy to bridge but it is a positive sign that all NATO allies and Russia sat down around the same table and engaged on substantive topics,” Stoltenberg told reporters.

However, Stoltenberg’s remarks to the press made clear there had been no breakthrough at the talks, which came two days after Russian and US diplomats met in Geneva without any clear timeline for future engagement.

Stoltenberg said the Russian side had used Wednesday’s meeting to repeat its demand for an end to NATO’s Eastern expansion, while allies reaffirmed the alliance’s open-door policy.

“It is only Ukraine and 30 allies that can decide when Ukraine can become a NATO member. No one else can, and of course, Russia does not have a veto,” Stoltenberg reiterated.

With an implied reference to NATO‘s open-door policy, he told reporters that the situation in and around Ukraine has caused Finland to emphasise the ‘right to choose its alliances’, hinting that Russia‘s threats will likely grow NATO rather than stop its enlargement.

On Ukraine, Stoltenberg said any use of Russian force against the country would be a serious political mistake, for which Russia would pay a high price.

However, he said NATO was ready for further talks with Moscow on “concrete ways to increase the transparency of military exercises, to prevent incidents and reduce space and cyber threats” as well as arms control, including “reciprocal limitations on missiles and nuclear policies.

The two sides also discussed the possibility of reopening their respective offices in Brussels and Moscow, after Russia had shut them down towards the end of last year.

Russia had asked for time to come back with an answer on those issues, Stoltenberg said.

Sum-up of #NATO–#Russia Council: There will be further #NRC meetings (NATO side offered, RU has not yet agreed, but not ruled out) and the possible agreement to reopen respective offices in Brussels and Moscow. But apparently no rapprochement in terms of content.

Grushko said Russia was ready to discuss strike weapons with the US-led NATO alliance, including their locations and verification measures.

Talks between representatives from Europe, the United States and Russia will continue in Vienna on Thursday (13 January) at the Organisation for Security and Cooperation in Europe (OSCE).

“Our main goal is, in principle, to establish a dialogue. I think it is worth noting separately that there are no negotiations as such this week,” US Ambassador to the OSCE, Michael Carpenter, told Russian TV Dozhd on Wednesday.