The EU wants to pay for military equipment, including lethal weaponry, for partner countries in crisis zones such as Africa’s Sahel region as part of a €10.5-billion “peace facility” launched on Wednesday (13 June).

The bloc says the new European Peace Facility (EPF) is needed to make its training missions in three African countries more effective and to enable it to contribute to peacekeeping efforts elsewhere in the world.

? Text of the remarks by @FedericaMog at the joint press conference on the European Defence Fund, the European Peace Facility and security #EUDefence #EUBudget ➡ https://t.co/IvXHaKRj2l

But the EU paying for arms is a sensitive issue for some member states, especially when it involves countries with histories of political unrest and human rights abuses, and there could be resistance to the proposal.

The new EPF is being kept separate from the main EU budget to get around the bloc’s rules against funding military projects.

The EU’s diplomatic chief Federica Mogherini said the EPF — which needs approval by all of the bloc’s member countries — would make it easier to help stabilise restive countries like Mali, Somalia and the Central African Republic.

“The world is living in difficult times and this calls for a European Union responsibility and role on the global scene,” Mogherini said.

“Both Europeans and our partners in the world expect the EU to be more and more a security provider in our region and beyond.”

The proposal, made by the European Commission, the bloc’s powerful executive arm, would see partner countries given “comprehensive support”, which Mogherini said could include weapons.

The commission hopes to get approval for the EPF from EU national governments in the first half of next year so it can start work on 1 January 2021.

But diplomatic sources say the question of whether the EU should provide arms has not been formally discussed by European ministers, and some countries, particularly those with a history of neutrality, may be reluctant.

If the EPF is approved, any decisions about what operations to undertake and what to spend money on would be taken by member states themselves, through the EU Council.

Under the proposal, all EPF actions — including possible provision of weapons — will have to respect “obligations under international law, in particular human rights and international humanitarian law”, according to the commission, and oversight mechanisms will be put in place.

The fund hopes to improve the effectiveness of the EU’s training missions in Africa.

Burkina Faso, Chad, Mali, Mauritania and Niger last year agreed to set up a joint force known as the G5 with 5,000 troops with a mandate to confront jihadists in the vulnerable Sahel belt. 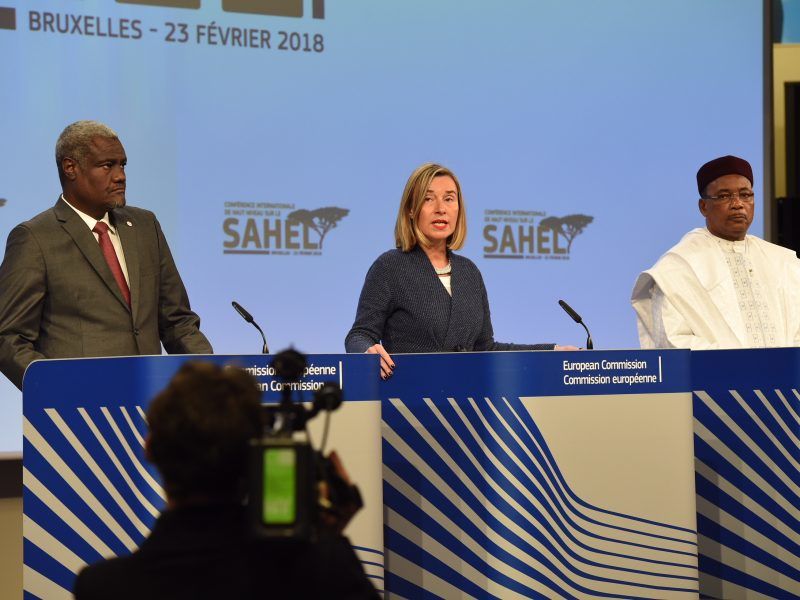 It was projected to be fully up and running in March, but its deployment has faced delays and the joint force is poorly-equipped.

In some cases in Somalia, local forces have been unable to apply the training they have received because of a lack of equipment as basic as proper boots.