German Defence Minister Annegret Kramp-Karrenbauer has repeatedly dodged questions about reports that the US intends to withdraw a third of its troop presence from Germany. [EPA-EFE | Filip Singer]

Germany’s defence minister, Annegret Kramp-Karrenbauer (CDU), insisted on Tuesday (9 June) that the government cannot speculate on the reported withdrawal of US troops from the country, as it has so far only seen the news report and not been officially notified.

Earlier on Tuesday, Kramp-Karrenbauer suggested that, if Washington were to go ahead with the withdrawal, this could have adverse consequences for both the US and NATO.

“The fact is the presence of US troops in Germany serves the entire security of the NATO alliance – so American security too. That is the basis on which we work together,” she told reporters in Berlin in response to reports that the Trump administration had ordered the reduction in the number of US soldiers stationed in Germany by 9,500 to 25,000. 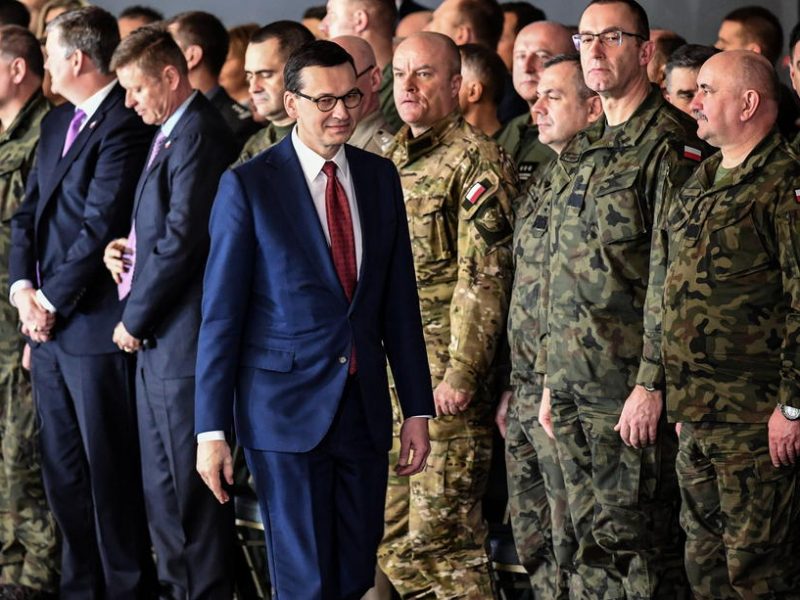 Kramp-Karrenbauer, who serves as the leader of Chancellor Angela Merkel’s Christian Democrats (CDU), was also quick to emphasise the country’s commitment to NATO.

In particular, she stressed that Germany will continue to work towards delivering on its budgetary obligations to the military alliance, even when it comes to future cuts to make up for massive coronavirus spending.

While she expects tough discussions on the budget, she emphasised that the promised 1.5%  of GDP spending Germany has promised is the one Berlin would “have to deliver.”

In the past years, Germany has frequently been in the Trump administration’s crosshairs over issues ranging from Berlin’s trade surplus to its failure to reach the 2% GDP spending target.

Last month, tensions flared again after a high-ranking Social Democrat (SPD) demanded the removal of US nuclear weapons from Germany, prompting then US Ambassador to Germany, Richard Grenell, to claim the country was “eroding the solidarity that undergirds NATO’s nuclear deterrent.”

Grenell has previously also threatened the withdrawal of US troops unlesss Germany stepped up its budgetary commitments. In August 2019, he claimed that “it is truly offensive to expect the US taxpayer to continue paying more than 50,000 Americans in Germany, but the Germans to use their trade surplus for domestic purposes.”

Kramp-Karrenbauer emphasised that Germany’s commitments to NATO extend beyond simple percentages of the national budget and promised to make good on defence promises to allies. Particularly, this includes the Eastern European and Baltic countries, who face threats from Russia.

Given the frequent perception that Germany is “pursuing a special path with regards to Russia”, it is crucial that the country should hold firm on its NATO commitments and stand firm in bilateral cooperation, she explained.

Asked about Trump’s proposal to invite Vladimir Putin to the G7 meeting, Kramp-Karrenbauer spoke out against Russian participation, stating that until Moscow withdraws its troops from the Crimean peninsula, it should not be allowed to attend. Russia still holds the annexed territory.

Other G7 members – France, Germany, Italy, the UK, Canada and Japan – have rejected previous calls from Trump to readmit Moscow and remain sceptical about readmitting Russia, which was excluded from the then G8 by Trump’s predecessor Barack Obama in 2014 over its annexation of Crimea.

In a call between Trump and Angela Merkel in late May, the German chancellor had rebuffed Trump’s invitation to attend a G7 summit, after warning that late June was too early for large in-person gatherings, in light of the still ongoing pandemic.

The EU’s chief diplomat, Josep Borrell, also rejected the to reinvite Russia to this year’s G7 gathering, hosted by the US, saying the conditions had not been met. 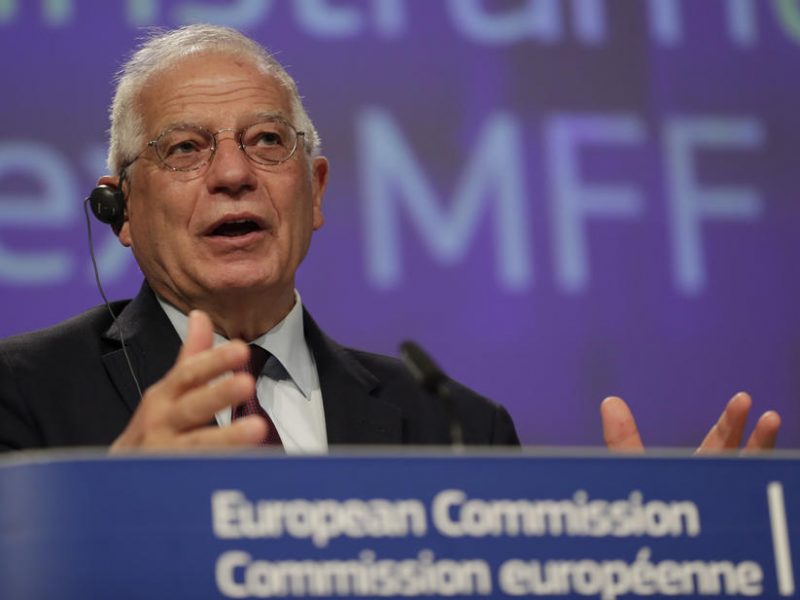