Members of a honor guard hoist the NATO flag alongside the Macedonian flag in front of the government building in Skopje, The Former Yugoslav Republic of Macedonia (FYROM), 12 February 2019. [EPA-EFE/GEORGI LICOVSKI]

“By joining this alliance, we are not simply joining an international organisation,” North Macedonia’s President Stevo Pendarovski told lawmakers ahead of the vote.

“Membership of the world’s most powerful military-political alliance is a privilege, but also a huge responsibility,” Pendarovski added and described the vote as “a major step in completing Macedonian statehood and a (guarantee) for our territorial integrity and sovereignty.”

All 114 lawmakers present in the 120-seat parliament voted in favour, with none against or abstaining.

In the presence of NATO representatives, diplomats, and officials from some neighbouring countries, a NATO flag was raised in front of the parliament building in Skopje.

The vote was a rare moment of unity after months of political upheaval and took place several weeks ahead of schedule as the current parliament is set to dissolve at the end of the week.

Skopje’s Prime Minister Zoran Zaev agreed in October to hold early elections on 12 April, after EU leaders failed to agree on opening accession talks with North Macedonia and Albania, mostly because of opposition from France. He later stepped down to pave the way for early elections.

Zaev’s government was the driving force behind the country’s progress towards the West as in recent years it poured all of its political capital into efforts to put North Macedonia on a path to NATO and EU membership.

While being supportive of NATO membership, France, the Netherlands and Denmark have been reluctant to green-light the accession negotiations with the EU.

Without the prospect of joining NATO, the North Macedonia name change deal with Greece (Prespa Agreement) would have been dead because the EU side has not been delivering on its promises, North Macedonia’s deputy PM and defence minister, Radmila Šekerinska, told EURACTIV earlier last year. 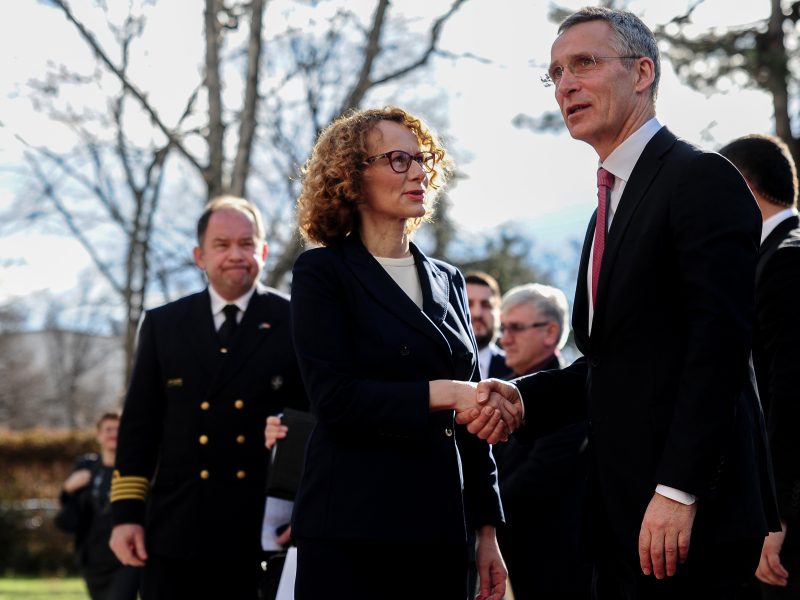 In 2019, the two Balkan neighbours ended a 27-year-old name dispute, lifting Athens’ veto on North Macedonia’s way toward the EU and NATO. North Macedonia has been an EU candidate since 2005.

At the Bucharest NATO summit in April 2008, Greece vetoed its neighbour’s bid to join the alliance because of the name dispute.

In a symbolic move, last year Greece was the first country to ratify North Macedonia’s accession to the western military alliance.

All NATO members have ratified North Macedonia’s accession except Spain, even though the document was forwarded to the Spanish Parliament for signature already in June 2019.

Asked by EURACTIV what the obstacles are and what the expected timeline for ratification is, a Spanish MFA spokesman replied:

“There had been no other obstacles to the ratification except for the parliamentary agenda”, which has been on constant stand-by due to repeated elections and the text has just been sent to the newly composed parliament.

“It is expected to be completed as soon as possible through a special urgent procedure but at the end of the day, it depends on both Houses’ legislative agenda,” the MFA spokesman added.

According to Spanish sources, the parliament is expected to hold a ratification vote in March.

“If everything goes according to plan concerning the political process, that process should finish around 10 March. There will remain some technical details that our parliament in Skopje will have to deal with,” President Pendarovski told reporters during a visit to NATO member Poland.