On Wednesday, Norway, in coordination with its civilian health authorities, cancelled its March NATO exercises dubbed “Cold Response” due to coronavirus outbreak, with more than 15,000 soldiers from nine countries returning to their home locations.

Cold Response is the biggest NATO allied exercise in Norway this year, with the main activities of the exercise taking place inside the Arctic Circle, from Narvik to Porsangermoen.

“After careful consideration and discussion with Allied and partner participants, Norwegian authorities have made the decision to cancel the remainder of Exercise Cold Response 20,” the US European Command (EUCOM) said in a statement on Wednesday.

“The decision is a precautionary measure in response to the ongoing outbreak of COVID-19 and to protect the health and safety of all participants and local population,” it added.

As of Wednesday, there were 277 confirmed COVID-19 cases in Norway, according to World Health Organisation data.

Finland already announced on Saturday (7 March) it would not be sending 400 troops initially due to take part in the Norwegian-organised exercise.

“The virus is out of control in the society, and that’s a new situation. Therefore, we have decided to start a controlled cancelling of the exercise,” said Lt. Gen. Rune Jakobsen, Commander at the Norwegian Joint Headquarter.

On Tuesday, Norway’s Defence Ministry said that their minister, Frank Bakke-Jensen, has cancelled all meetings and travel for the nearest future as he may have been exposed to the coronavirus.

The latest announcements come as Europe is preparing for what security officials have called “the most extensive transfer of US soldiers to Europe in the past 25 years”, with around 37,000 soldiers taking part in the US-led military exercise “Defender Europe 2020” for the transfer of troops to Germany, Poland and the Baltic states.

The exercise is meant to take place in May and June, with the participation of all 29 NATO allies and partner nations, Georgia and Finland.

The US Defense Department said on Wednesday it was slashing participation in what was planned as the largest joint US-Europe war games in 25 years due to the threat of coronavirus transmission.

“After careful review of the ongoing Defender-Europe 20 exercise activities and in light of the current Coronavirus outbreak, we will modify the exercise by reducing the number of US participants,” the US European Command (EUCOM) said in a statement.

While the highest priority elements of the exercises in May and June will go ahead, “the health protection of our force, and that of our Allies and partners, is a top concern,” the statement added.

The US military is also bracing for a possible spike in cases in Germany, which might put thousands of troops on lockdown or restricted movement across the continent, the head of the US European Command, Tod Wolters, said at a hearing before the US Senate Armed Services Committee on Tuesday (25 February).

He spoke about what precautions European Command has taken to protect US and allied troops and their families from the outbreak. 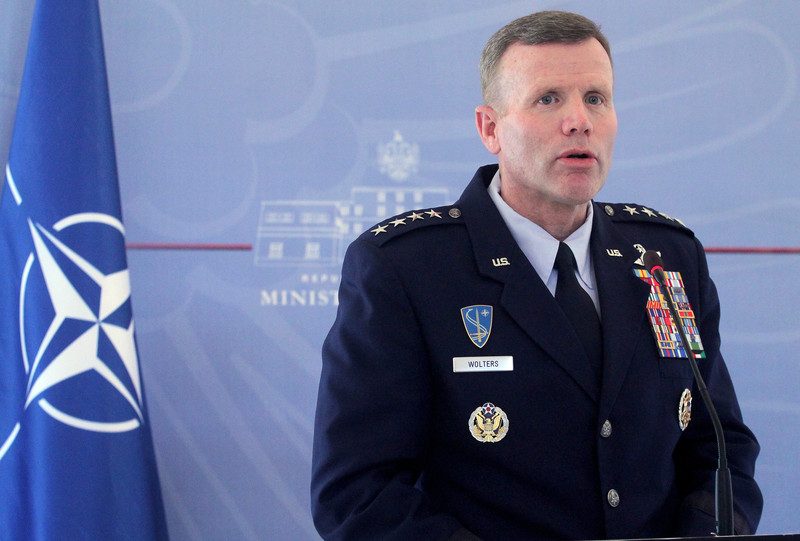 As the coronavirus spreads in Europe, the US military is bracing for a possible spike in cases in Germany, which might put thousands of troops on lock-down or restricted movement across the continent, the head of the US European Command, Tod Wolters, announced.

Asked by reporters last week whether contingency plans are in place in case the exercise goes ahead and the outbreak expands, Andrew Roling, deputy US Army Europe commander, said the exercise by default also involved “robust medical support” coordinated with each individual participating nations and planners are prepared to “wargame medical health and support plans”.

It was the latest military exercise to be curtailed in the wake of the outbreak of the COVID-19 virus, which has spread rapidly from China to much of the rest of the world.

A number of non-NATO exercises have been cancelled in South Korea and Israel, and US-led multinational exercises in Africa have been scaled back over the coronavirus concerns.