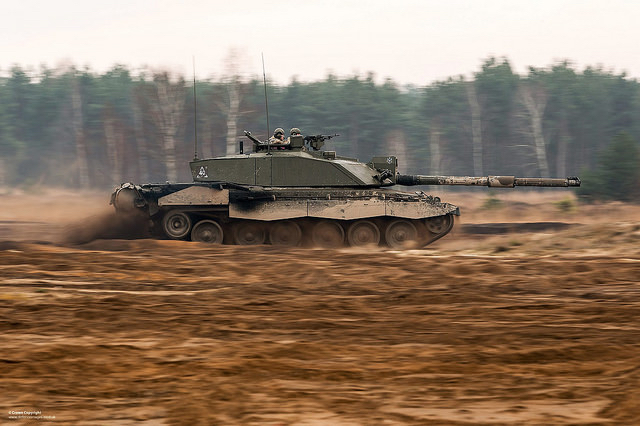 Britain will permanently station 1,000 military personnel in Poland from next year, Poland’s defence minister said late on Thursday (21 November), in an apparent contradiction of an announcement by Britain about plans for temporary exercises on Polish soil.

On Wednesday (20 January), the British defence ministry said London would send 1,000 military personnel to take part in defence exercises in Poland, as part of an agreement with Warsaw to strengthen security ties.

But Poland’s Antoni Macierewicz told Catholic broadcaster Radio Maryja that Poland and Britain have agreed at a meeting of foreign and defence ministers in Scotland that a number of troops would stay in Poland permanently.

“They will switch around, it will be a rotational, but permanent presence of 1,000 soldiers.”

The British defence ministry was not immediately available to comment.

Warsaw, which is due to host a NATO summit in July, has repeatedly pressed for more North Atlantic Treaty Organization forces on its soil and in former communist-ruled Europe, arguing it needed a stronger response to Russia’s aggression in eastern Ukraine.

But some of its NATO allies are reluctant to permanently station troops in central Europe, wary of violating a 1997 NATO-Russia agreement on the size of forces the alliance can have in former Warsaw Pact countries.

Moscow has previously signalled it would regard the establishment of a standing NATO presence on its borders as a hostile act.

>>Read: NATO to expand Polish base in response to Russian threat

Some western governments are also concerned about the cost of permanent new bases at a time when defence budgets are strained by fiscal austerity or costly engagements elsewhere.

Macierewicz said, however, that having British troops in Poland meant that permanent NATO presence in Poland was “realistic”.

“Not so long ago we were told that it will be impossible to get permanent bases, NATO presence …, that it’s an unrealistic demand,” he said.

“Well, it turns out it’s realistic.”

Macierewicz’s spokesman was not immediately available to comment about the apparent contradiction with the British announcement.

Aside from the troops, Britain will also station a ship on the Baltic Sea to support the Polish fleet, Macierewicz said.

Warsaw and London have also agreed to form a joint “situational awareness” unit, tasked with gathering information on any potential threats to NATO’s eastern flank, he said.