Portuguese defence minister: We should make better use of ‘Coalitions of the Willing’ 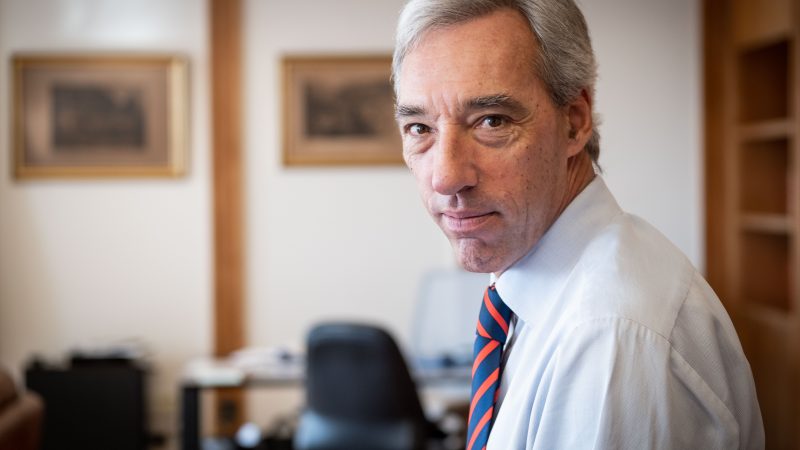 According to Gomes Cravinho, over the past few months “several things have changed” when it comes to the EU’s defence policy thinking.

EU defence ministers last week, in the context of the EU’s Strategic Compass development, have started considering the creation of a rapid military response force of 5,000 that could intervene early in international crises.

“We’ve seen the development of a sense that we should be looking closer at Article 44 of the EU Treaty, which has been a little neglected and which would allow us to think about working with a group of countries on a particular project that does not have a unanimous interest,” Gomes Cravinho said.

“I think that realistically, with 27 member states around the table, we should be making better use of this,” Gomes Cravinho added.

Asked about the fact that the EU has struggled to fully maintain some of its existing military missions, he added that the EU’s “political ambitions are greater than our capacity to put boots on the ground, a problem that needs to be addressed”.

“There is an understanding that we should not be developing new missions, without proper force sensing, without an identification of where the resources are going to be coming from,” Gomes Cravinho added, pointing towards Operation IRINI, a naval mission launched in 2020 with the aim to enforce the UN arms embargo to Libya.

According to him, one solution could be to develop incentive mechanisms for countries to commit military forces to different missions that are identified as politically important.

At the same time, since 2007, the EU has a combat-ready system of battle groups of 1,500 personnel in place, which have not been used.

Asked whether the new idea would not run the danger of facing a similar fate, he said that “the battle groups experience can provide lessons learned about why this instrument has actually not been used.”

“The three factors – Article 44, the European Peace Facility, and the lessons from the EU battlegroups experience – are actually creating a new context in which we can operate in,” he said.

The bloc’s ‘Strategic Compass’, a tool meant to guide the implementation of the security and defence dimension of the EU’s Global Strategy and lead to a common threat analysis across the bloc, is expected to be approved in 2022, under the French EU Presidency.

“The Strategic Compass will allow us to capture this new sense of urgency and of commitment to a geopolitical Europe,” Gomes Cravinho said, adding that he does see a ‘positive’ development of member states recognizing different threat perceptions across the bloc, something, that has been not the case a few years ago.

According to him, the creation of the Strategic Compass should avoid creating a document that only assesses the current consensus of the EU27 on the EU’s defence policy.

“We need to create a document that everybody feels a little bit uncomfortable about in one sense because that is what is going to take us forward,” the Portuguese defence minister added.

Asked about the EU’s recently published Indo-Pacific strategy and the idea to commit to a “meaningful” naval presence in the Indian and Pacific Oceans, Gomes Cravinho said that while the EU is looking into some maritime assets, but non-military cooperation would be of higher importance.

“For the EU, the most important strategic instruments that we have of relevance for the Indo-Pacific region are not military ones, they are the ones related to our capacity to partner with countries like India, Japan, South Korea, Australia and others in the region,” he said.

In regard to China, the Portuguese defence minister said that the EU should ‘avoid confusion’ as to how to deal with increased geopolitical competition.