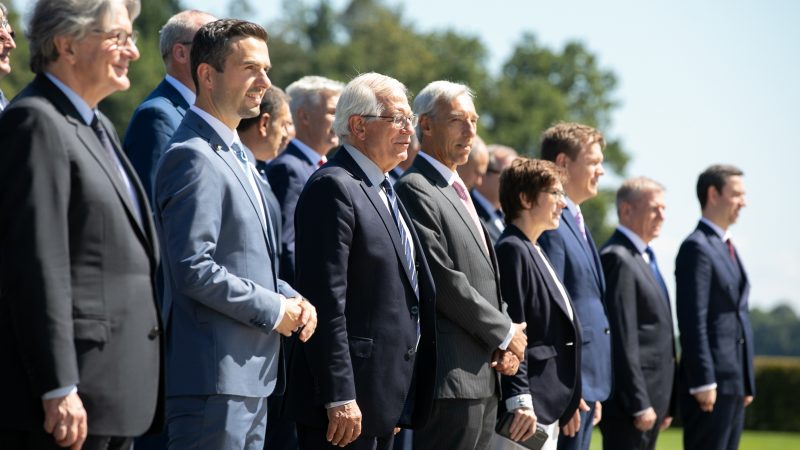 In the wake of the Afghanistan crisis, EU defence ministers on Thursday (2 September) discussed proposals for an initial entry force and the possibility to move towards ad-hoc military cooperation between interested EU member states. But not all of them are on board.

Calls have re-emerged for the EU to develop a European initial entry force reaction force, the bloc’s own joint military capability, to respond quickly to crises in the wake of the chaotic scenes at Kabul airport after the Taliban seized power.

Initially proposed more than two decades ago, the plans have been stuck in a stalemate, despite the creation in 2007 of a system of battlegroups of 1,500 troops that have never been used due to disputes over funding and a reluctance to deploy.

“Afghanistan has shown that the deficiencies come with a prize. (…) And sometimes there are events that catalyse history, that create a breakthrough, and I think that Afghanistan is one of these cases,” EU foreign policy chief Josep Borrell said in Slovenia, adding he hoped that an October or November meeting would produce concrete plans.

Speaking to reporters ahead of the informal meeting, both Borrell and the EU’s military chief Claudio Graziano urged member states to revive the idea to set up a rapidly deployable military force to intervene around the world.

The creation of a “first entry force” of 5,000 troops was the way forward, reducing dependence on the United States, they said.

“The situation in Afghanistan, the Middle East and the Sahel shows that now is the time to act, starting with the creation of a European initial entry force, able to show the will of the Union to act as a global strategic partner,” Graziano, chairman of the EU military committee, told reporters in the morning.

EU diplomats say they want a final deal on design and funding by March. France takes over it the EU’s six-month presidency in January.

Earlier this year, fourteen member states had campaigned for the idea in a position paper, an initiative by France, Germany, Italy, Spain, the Netherlands and Belgium, along with some smaller member states.

Eastern Europeans, with the exception of Slovenia and the Czech Republic, were absent from the signatory list.

“We have been quite sceptical about the initial entry force, as it is not clear what will be the added value vis a vis the battle groups,” an Eastern European diplomat told EURACTIV.

“So far, we have mainly disliked the way the initiative was treated, when at the May defence ministers meeting Borrell made it seems as it is an EU-wide proposal, while it was an idea of ​​only a few member states and on top not consulted with others,” the diplomat added.

On Thursday, most Eastern Europeans did not publicly comment on the idea, except for Latvia’s Defence Minister Artis Pabriks, who raised the question of the already existing EU battlegroups.

“First, we have to answer what our battlegroups are actually doing (…) we have never used them,” Pabriks remarked, adding that “it’s not about troops, it’s about political will”.

The problem lies with the fact that any such operations would require unanimity among the EU27, and so far no one has dared to touch that principle.

Especially in practice, it could present a hurdle, especially if decisions to send any forces have to come rather quickly, such as in the case of the evacuation from Afghanistan.

On the question of whether an initial entry force would allow for faster deployments, Borrell cautiously remarked that “not all member states have to participate, but all still have to agree.”

A proposal from Germany, one of the strongest military powers in the EU but historically reluctant to send its troops into combat, would rely on a joint decision by the bloc, but would not necessarily need the approval of all 27 member states in order to deploy their forces.

German Defence Minister Annegret Kramp-Karrenbauer appeared to push back against a standing initial entry force, but as well backed the idea of “coalitions of the willing” among members states coming together to tackle future crises.

Slovenia’s Defence Minister Matej Tonin, whose country holds the EU’s rotating presidency, called for a new system that would see troops from “willing countries” dispatched in the name of the EU if just a simple majority of members states agreed, rather than the unanimity required for the battlegroups.

The idea of the possibility for a group of countries to go ahead on their own with EU military missions in diverse constellations is not new and has been floated in EU defence circles before.

Speaking to EURACTIV at the eve of the informal meeting in Slovenia, Tonin said for the “to enable more flexible responses to different crisis, we need to invest more efforts in reaching a common understanding of Article 44, which also opens the question of using the qualified majority voting system, which could be a potentially divisive subject.” 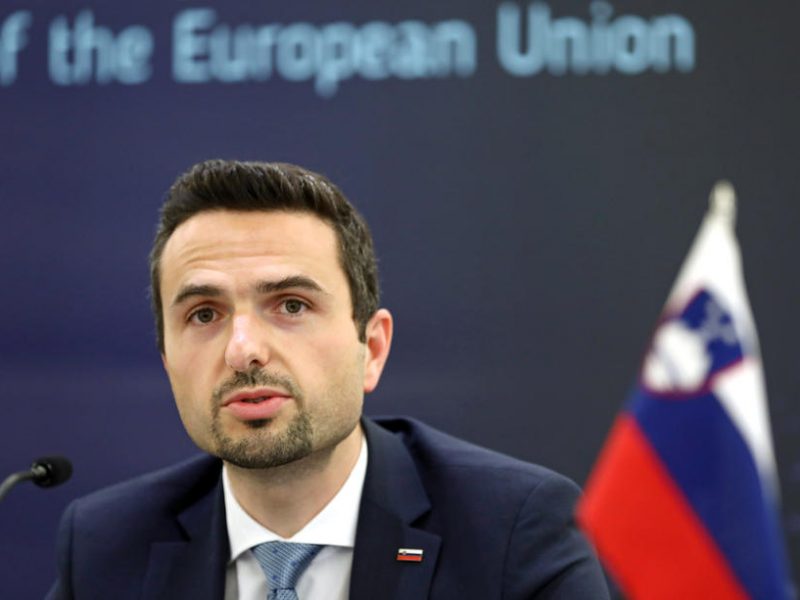 Slovenia's defence minister: EU will learn its lessons from Afghanistan

In case the EU wishes to become a more reliable security provider and global actor, it needs to avoid past mistakes and develop credible military intervention forces that are able to project stability in our neighbourhood, Slovenia’s defence minister Matej …

Eastern European members would be open to this option, according to EU diplomats.

“But we would like to point out that their application cannot lead to bypassing the principle of unanimity in the CFSP and the CSDP,” an Eastern European diplomat told EURACTIV.