Putin accuses US of raising risk of nuclear war 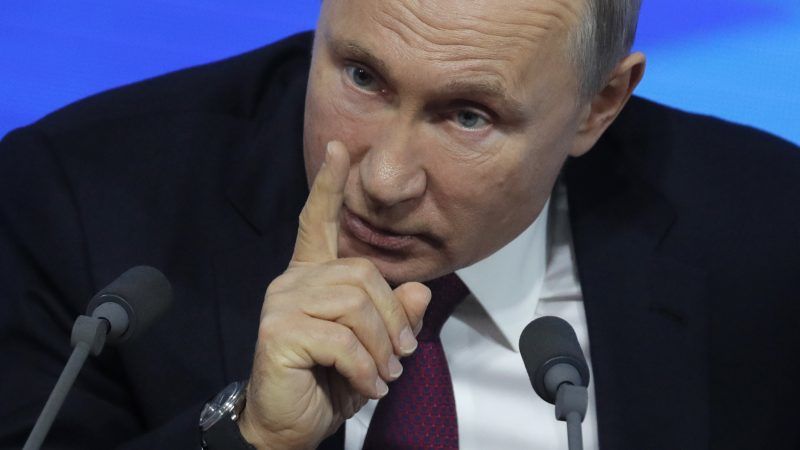 President Vladimir Putin on Thursday (20 December) accused the United States of raising the risk of nuclear war by threatening to spurn a key arms control treaty and refusing to hold talks about another pact that expires soon.

In a news conference that lasted more than three hours, Putin also backed US President Donald Trump’s decision to pull troops out of Syria, said British Prime Minister Theresa May had no choice but to implement Brexit and that Western democracy was under serious strain.

The annual event, the 14th of its kind, is used by Putin to burnish his leadership credentials and send messages to foreign allies and foes. [Full text in English here]

This year, he made clear his biggest worry was what he called a dangerous new arms race, something he accused the United States of stoking by turning its back on arms control.

Putin said the move, if it happened, would have unpredictable consequences. 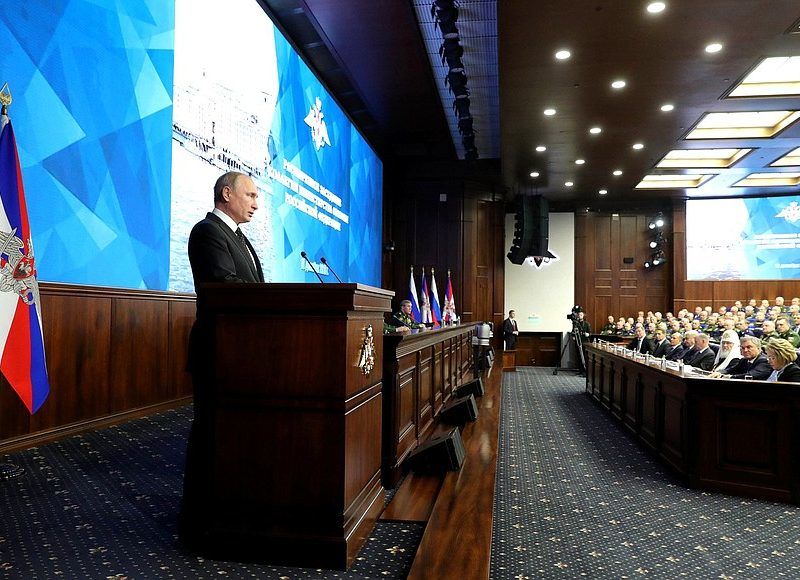 Putin lays out plans to develop missiles if US leaves treaty

Russian President Vladimir Putin on Tuesday (18 December) laid out plans for Moscow to develop mid-range missiles banned under a Cold War treaty with the United States if Washington abandons the deal.

“We are essentially witnessing the breakdown of the international arms control order and (the start of) an arms race,” Putin told more than 1,000 reporters.

“It’s very hard to imagine how the situation will develop (if the United States quits the INF treaty). If these missiles appear in Europe what should we do? Of course, we’ll have to ensure our own security.”

Putin has previously said that Russia would be forced to train its own missiles on any European countries that host US rockets.

Another US-Russia treaty, the New START pact, which limits the number of deployed strategic nuclear warheads each side can have, expires in 2021. Putin said he was worried that Washington didn’t appear to be interested in discussing its future.

“No talks on extending this are yet being held. Are the Americans not interested, do they not need them? Ok, we’ll survive and will ensure our own security, which we know how to do. But in general, this is very bad for humankind because it takes us closer to a dangerous threshold.”

The Russian leader, who said Moscow had developed nuclear weapons which he believed gave it an edge over other countries, warned the threat of a nuclear conflict was growing as a result of the US moves. He also cited the dangerous tendency of lowering the threshold for using nuclear weapons and the idea of using ballistic missiles with conventional warheads.

“If, God forbid, something like that were to happen, it would lead to the end of all civilization and maybe also the planet,” said Putin.

But though Putin criticized Washington, he made clear that he still hoped to meet Trump sometime soon, saying it was important the two leaders discussed issues such as arms control.

With relations between Moscow and Washington strained by everything from Ukraine to hacking allegations, Putin said he did not know when a meeting with Trump might take place however.

Putin won a landslide re-election victory in March, giving him six more years in power. Although he faces no serious political threat for now, plans to sharply raise the pension age saw his approval rating fall to below 60% for the first time in five years.

Criticism in the Russian press of Putin’s end-of-year press conference. One paper calls it “a stage production…with Putin as lead actor, writer, director & producer…every year there are fewer reasons to watch the play.” #ReadingRussia pic.twitter.com/XbOOYTxOio