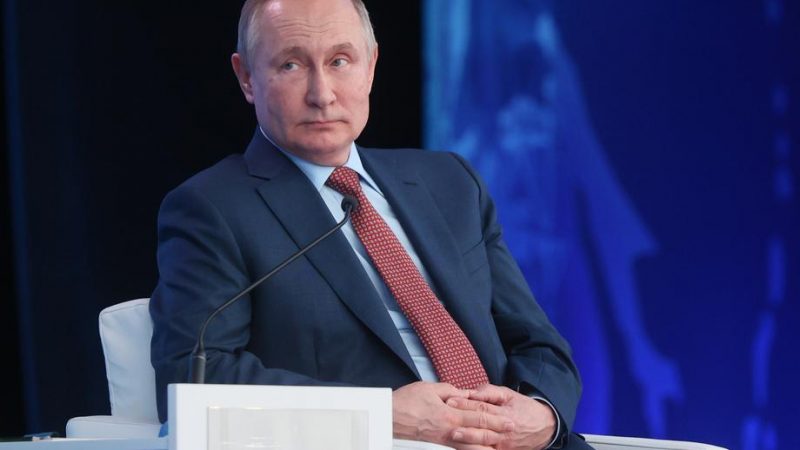 Russia on Friday (17 December) published security proposals addressed to NATO and the United States and called for urgent talks with Washington as tensions between Moscow and Western capitals soar over the conflict in Ukraine.

The far-reaching proposals, which Russia says are vital for its security, say NATO must not allow any new members to the US-led military alliance and call for no new military bases to be established in ex-Soviet countries.

At a briefing with journalists following the publication of the drafts, Deputy Foreign Minister Sergei Ryabkov said Russia was ready to hold urgent security talks with the United States “as early as” Saturday.

“We are ready to immediately, even tomorrow – literally tomorrow, on Saturday – to go for talks with the US in a third country,” he said, noting that “Geneva was suggested to the Americans”.

The publication of the draft agreements — an unusual step in international diplomacy — comes at a tense moment in Russia’s ties with the West, particularly over the war in eastern Ukraine.

The West has accused Moscow of preparing for an imminent invasion, claiming Russia has deployed tens of thousands of troops along Ukraine’s borders.

Russia’s document addressed to NATO says Moscow and the alliance should work to “prevent incidents” in the Baltics and the Black Sea region, and said a telephone hotline should be established for “emergency contacts”.

It called for limits on the deployment of missiles and said that NATO members should “commit themselves to refrain from further enlargement” of the group.

The draft of a security treaty addressed to the United States meanwhile said Washington should block NATO membership of any former Soviet country.

The clause comes in the wake of Russia’s demands that NATO withdraws a commitment to hand membership to ex-Soviet Georgia and Ukraine.

Russia also said in the draft document that the United States should agree not to establish military bases in ex-Soviet states, including in Central Asia.

Western countries have discussed possible coordinated sanctions against Moscow should Putin launch an attack on Ukraine.

The ongoing conflict in the east of the country erupted after the ouster of a pro-Kremlin president and has left more than 13,000 people dead since 2014.

US President Joe Biden has warned Putin of “sanctions like he’s never seen” if an offensive was launched.

European Union leaders urged Moscow this week to halt its military build-up and return to talks led by France and Germany.

The United States and European countries have made clear on numerous occasions that Kyiv’s membership of NATO is not on the cards, much to Ukraine’s annoyance.

But Washington helps train Ukrainian forces and has committed more than $2.5 billion to bolster a military that crumbled in the face of Russia’s annexation of the Ukrainian peninsula of Crimea in 2014.

A loyal servant of the Soviet Union, Putin was dismayed when it fell apart, once calling the collapse “the greatest geopolitical disaster of the 20th century”.