Russia has decided to deploy nuclear-capable Tupolev Tu-22M3 strategic bombers to the Crimean peninsula in response to the US rolling out missile defense systems in Romania, the RIA news agency cited a senior Russian lawmaker as saying on Monday (18 March).

Russia plans to station the bombers at the Gvardeyskoye air base in Crimea, Viktor Bondarev, head of the upper house of parliament’s defense and security committee, was quoted as saying.

Russia annexed Crimea from Ukraine in 2014, and President Vladimir Putin flew into the Black Sea peninsula on Monday to celebrate the fifth anniversary of the annexation. 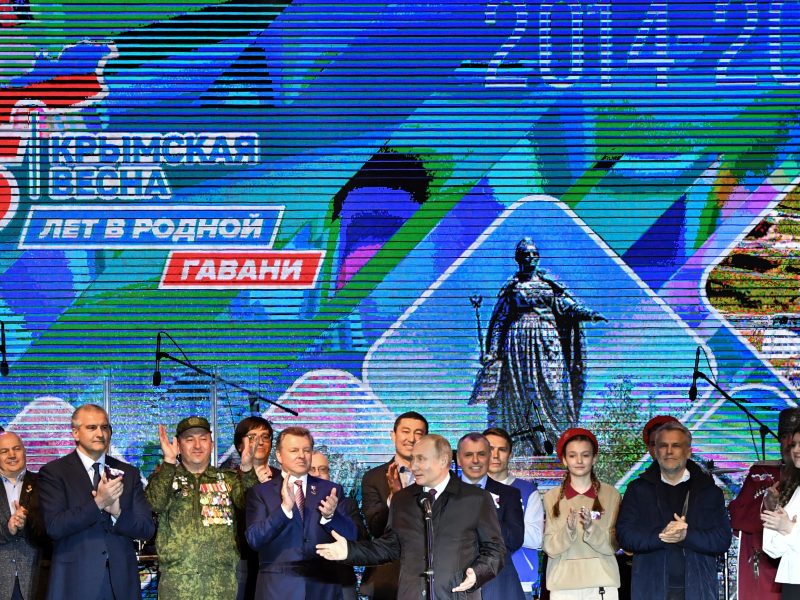 Russian President Vladimir Putin flew into Crimea on Monday (18 March) to celebrate the fifth anniversary of Moscow’s annexation of the strategic peninsula from Ukraine which was condemned by the West but remains popular among Russians.

The Senator noted that at the time when Crimea was under the control of Ukraine, there was a risk for the Russian fleet to be blocked in the Black Sea. According to him, for using the bases of the Russian Black Sea Fleet in the Crimea, Moscow paid each year to Ukraine about $100 million and was all the time blackmailed with the threat that the lease would not be extended.

“If it was not the operative return of Crimea and Sevastopol to Russia, these territories would become a protectorate of the United States, and the Americans would have thrown their fighting complexes there, in the event of war, it would be possible to put barriers to our ships: mining the bottom of the Bosphorus,”said Bondarev, as quoted by TASS.

According to the Russian politician, such a scenario is “totally excluded” today, as the Russian Iskander missile complexes “overwhelmingly control the Black Sea coast along its entire length, including the Bosphorus”.