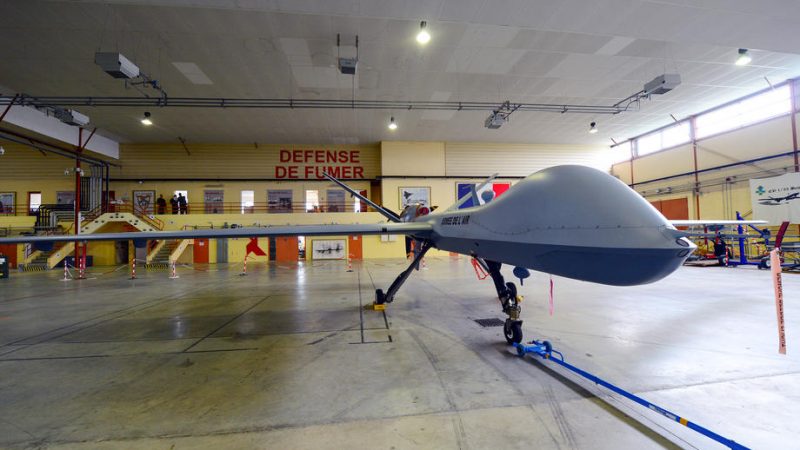 A picture shows a General Atomics MQ-9 Reaper drone during a visit by the French Defence minister to a French Air Force drone squadron at the BA 709 military air base of Cognac-Chateaubernard in Chateaubernard, central France, 14 May 2020. [Pool/EPA/EFE]

European governments have approached the US government and defense contractors with a shopping list of arms including drones, missiles and missile defenses as the Russian invasion of Ukraine drives renewed demand for US weaponry.

Germany, which is nearing a deal for 35 Lockheed Martin Corp F-35 jet fighters, has inquired about systems to defend against ballistic missiles, sources familiar with the situation said. 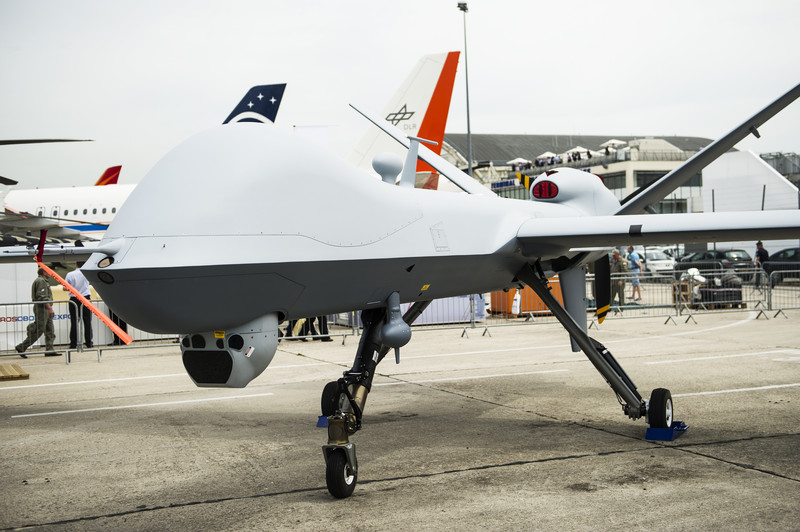 Poland wants to buy MQ-9 Reaper drones from the United Statesin the near future and is eyeing further procurements at a later date amid rising security concerns three weeks into a Russian invasion of its neighbour Ukraine.

Requests are also coming in from other countries in Eastern Europe, where allies are keen to acquire weaponry that Ukraine has successfully used against Russia forces, two people familiar with the demand said, including anti-aircraft Stinger missiles and anti-tank Javelin missiles.

The inquiries comes as countries in Europe boost defense budgets to meet an increasingly uncertain security outlook, with Germany, Sweden and Denmark among those promising a sharp increase in spending.

European allies are “doubling down” on their defense spending, Mara Karlin, a Pentagon assistant secretary of defense, said last week after a congressional hearing where she spoke of “Russian aggression that threatens the territorial integrity of Europe.”

Since the sale of arms by US contractors to foreign governments requires US approval, the Pentagon’s Defense Security Cooperation Administration is having weekly meetings of its European Crisis Management Team to review specific requests related to the current situation in Ukraine, a source said.

To speed up US government approval for sales and transfers of arms produced by American defense contractors, the Pentagon has re-established a team to respond to the increased demand.

“The Department of Defense is exploring options to support Ukraine’s needs, rapidly replenish US inventories and backfill depleted stocks of allies and partners,” a senior Defense official said, adding that the Pentagon was working with contractors on ways to “mitigate supply chain constraints (and) accelerate production timelines.”

Raytheon Technologies and Lockheed Martin Corp jointly produce Javelins, while Raytheon makes Stingers. The potential for a surge in sales of all types of weaponry since the invasion began Feb. 24 has lifted Lockheed stock 8.3% and Raytheon shares 3.9%.

Any significant shift toward the United States as a supplier is likely to trigger a backlash from Europe’s fragmented defense industry.

The head of Dassault Aviation earlier this month lambasted the German decision to order the F-35, saying it could weaken support for collaborative projects like the Franco-German FCAS fighter shared by Dassault and Airbus.

Germany is also examining US-made missile defense systems like Terminal High Altitude Air Defense, although that is not a frontrunner for purchase, a source said. An opposition politician, for example, has asked about the purchase of the short-range rocket interceptor called Iron Dome to protect Berlin. Decision-making on what to buy is in early stages.

Poland wants to buy several MQ-9 Reaper drones made by General Atomics, including under a special, accelerated procedure, and is eyeing further procurements later, Lieutenant Colonel Krzysztof Platek, a spokesperson for the Polish Defence Ministry’s Armament Agency, said in an interview on Wednesday.

“This order is an answer to (the) … security situation, particularly in central and eastern Europe,” Platek said.

Typically, US defense deals take years of negotiations, approvals and vetting after countries have spent up to several years deciding on their needs.