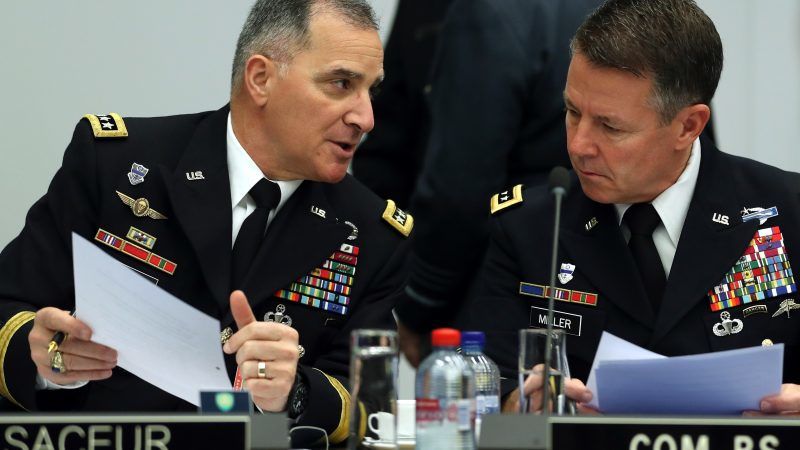 EU diplomatic chief Federica Mogherini on Wednesday (5 December) urged Russia and the US to save a Cold War arms control treaty after Washington issued a 60-day ultimatum to Moscow.

The United States said it would pull out of the 1987 Intermediate Range Nuclear Forces (INF) treaty unless Moscow withdraws a new cruise missile system that has threatened to trigger a new arms race. 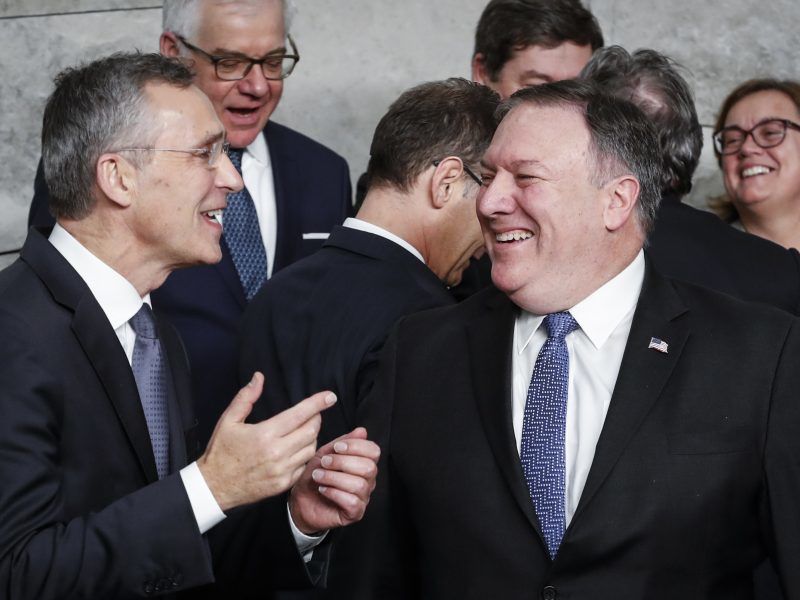 Mogherini pleaded for the treaty to be saved, warning that Europe did not want to become a battlefield for global powers once again, as it had been during the Cold War.

“The INF has guaranteed peace and security in European territory for 30 years now,” Mogherini said as she arrived for talks with NATO foreign ministers.

“It has to be fully implemented, so I hope that the time that is there to work on preserving the treaty and achieving its full implementation can be used wisely from all sides, and we will definitely try to make our part to make sure this happens.”

?Remarks by @FedericaMog upon arrival to the @NATO Foreign Ministers Meeting ?https://t.co/PNJeCcjzHt

US Secretary of State Mike Pompeo on Tuesday warned Russia that if it did not dismantle its 9M279 mobile ground-launched missile system, Washington would no longer be bound by the treaty.

NATO and the US say the 9M279 — also known by the designation SSC-8 — violates the INF treaty, which banned ground-launched missiles with a range of between 500 and 5,500 kilometres.

The nuclear-capable Russian missiles are mobile and hard to detect and can hit cities in Europe with little or no warning, according to NATO, dramatically changing the security calculus on the continent.

NATO foreign ministers issued a joint statement putting the onus squarely on Russia to save the INF, saying the US had remained “in full compliance”.

Yesterday, all 29 @NATO Allies spoke clearly with 1 voice – #Russia is in material breach of its obligations under the #INF Treaty and must return urgently to full and verifiable compliance.

Over the past five years, Washington has raised its concerns over the Russian missiles at least 30 times, Pompeo said, only to be met with denials, obfuscation and spurious counter-claims from Moscow.

The 60-day grace period — granted by the US as a concession to European partners who wanted to give Moscow a last chance — will expire at a meeting of NATO defence ministers in February.

But as a bilateral treaty, it puts no restrictions on other powers such as China — which in 1987 did not have the capacity to build such missiles — and Pompeo said there was no reason why the US “should continue to cede this crucial military advantage” to rivals.

Spain’s Foreign Minister Josep Borrell said it was time to craft a new treaty that worked globally — though three previous attempts have come to nothing, according to the US.

“There is no point in seeking agreements between some powers, to the exclusion of others… and that is why the agreement should be more global, more comprehensive, more verifiable,” Borrell told reporters.