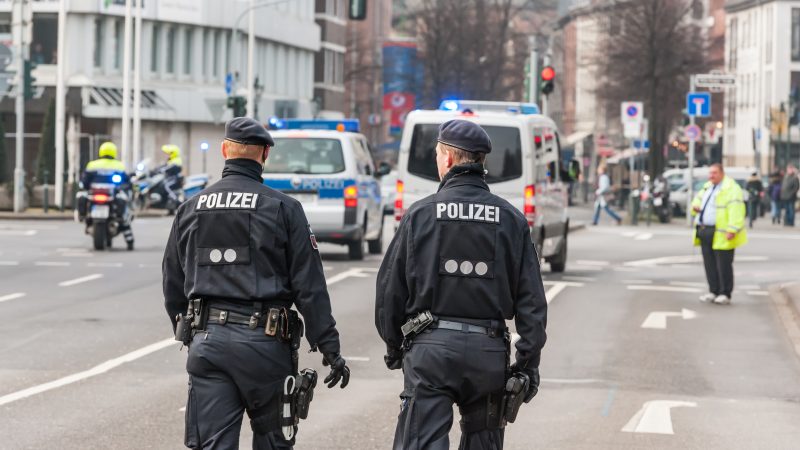 Terrorism attacks in Europe have decreased in the past decade, according to the Global Terrorism Index. [Shutterstock/Lothar Drechsel]

Despite a downward trend in terrorism across Europe in the past decade, attacks and deaths could increase as the Ukrainian conflict intensifies, according to a report published by the Institute of Economics and Peace (IEP) on Wednesday (2 March).

The report shows that 97% of all terror attacks carried out in 2021 were in conflict zones, suggesting the same is likely to happen in Ukraine following Russia’s invasion.

“When you had the war in 2014, terrorist attacks and deaths spiked up really quite highly, and a similar thing happened in Georgia in 2008,” IEP founder Steve Killelea told EURACTIV.

Moreover, cyber attacks might increase in the next few months, following a spike in the weeks leading up to the conflict.

On Monday (28 February), Microsoft Corp reported a “new round of offensive and destructive cyberattacks directed against Ukraine’s digital infrastructure” in the hours before the invasion.

Killelea said, “this is a new phase of warfare we’ve never seen,” and added that cyber-attacks are particularly worrying because they often cross borders.

From cyberattacks to terrorism

In Killelea’s view, this new type of warfare will see more cross-border collaborations between the military, independent groups and big-tech companies, working together “against the common enemy.”

Meanwhile, resistance within Ukraine is also expected to rise should Russia gain control of the country and appoint a puppet government, the IEP reports.

This could lead to a rise in terrorism deaths, similar to what happened in Myanmar, where a twenty-fold increase in terrorism followed the military coup in early 2021.

However, in the past ten years, Russia and Ukraine’s terrorism rates decreased significantly.

Last year, Russia had only one episode, down from its peak in 2012 (213 attacks), while Ukraine did not record any attack after reaching its highest number (58) in 2015.

Overall, terrorism rates in Europe remain low with 113 terrorist attacks and nine deaths in 2021, according to the latest IEP Global Terrorism Index.

Other countries registered positive improvements, like the UK, where attacks halved, and France, where they decreased by 72%.

Only three attacks were driven by religion, the lowest number since 2014, while most were politically motivated and carried out by far-left or far-right individuals or groups with no known affiliations.

Despite being driven by different or even unknown ideologies, these lone-wolves share a similar contempt towards governments institutions, and both are subject to online radicalisation.

According to the study, the chances of exposure to radicalised content increased during COVID-19 lockdowns when people spent more and more time online.

However, the pandemic also contributed to a significant decrease in terrorism deaths.

“If we go back the last two years, there’s been a number of lockdowns and restrictions on movement, and that means it’s a lot harder to define packed venues for targets,” said Killelea.

At the same time, he added that the emphasis on people’s health might also have helped decrease terror attacks.

However, with restrictions being lifted across several countries, “there is the possibility of an uptick in terrorism activity,” Killelea said, calling on intelligence agencies to “stay vigilant.”