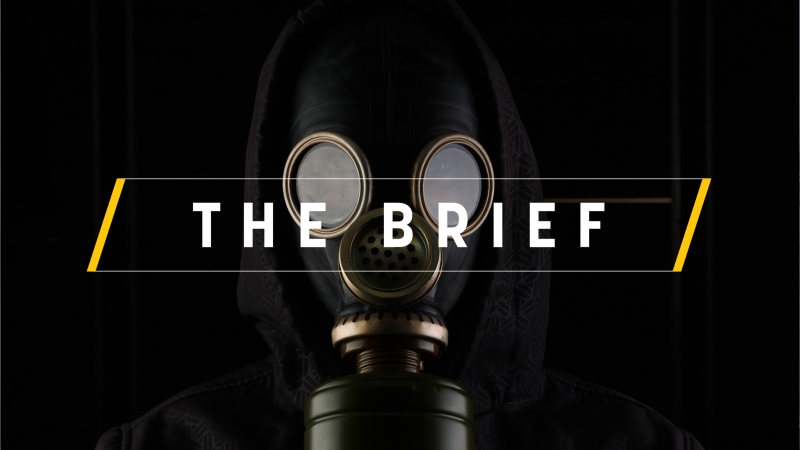 The world woke up a bit less secure this morning as the global superpowers launched yet another round of nuclear poker. The Open Skies Treaty is the third major security agreement that is going to bite the dust – and it might well not be the last one.

It’s 100 seconds until the end of the world, according to annual symbolic Doomsday Clock, which indicates how close humanity is to complete (nuclear) disaster – the closest we’ve been to Doomsday since the US and Russia first tested hydrogen bombs within months of each other in 1953.

How did we get here? Let’s go back into the not-so-distant past.

Strategists have long disagreed about whether to counter Moscow’s nuclear threat and violation of treaties with escalation or restraint.

Within the past two years, the Trump administration has adopted an aggressive withdrawal gambit, betting on coercion to get the Russians back to the negotiating table.

First, Washington abandoned the Iran nuclear deal in 2018, leaving European powers labouring to keep the nuclear accord afloat, isolating the US from its Western allies and sowing uncertainty before the risky and ultimately fruitless US-North Korea talks.

Then, in August last year, the US and Russia quit the Intermediate-range Nuclear Forces Treaty (INF), a landmark pact banning ground-launched nuclear-capable missiles of 500-5,500 km range, which most NATO members, however critical of Moscow’s transgressions, would have preferred to keep.

In the aftermath, both superpowers upped the ante with investments into nuclear-capable military equipment, with Washington ramping up the production of a new mini nuclear warhead planted on submarines to match Moscow’s new missile system.

Now, back to the present.

With Open Skies, a pact allowing signatories to conduct short-notice unarmed surveillance flights to gather information on each other’s military forces and installations, yet another arms control treaty is thrown into the trash-bin of history.

The step comes at a time when both China and Russia are upgrading their nuclear weapons, while other nuclear powers, such as North Korea, Pakistan, India and Israel, continue to build new systems and global military expenditure saw its biggest uptick in a decade.

In Europe, nuclear disarmament and the potential relocation of US nuclear weapons have sparked a lively debate, which, depending on the outcome, could lead to a major political rift within NATO and has already angered Moscow.

The future of arms control does not look good, either.

Disarmament experts predict that if Trump wins the US Presidential elections in November, we might see more accords dismantled.

New START, another milestone accord between Moscow and Washington, which limits the number of strategic nuclear warheads held by both countries, is set to expire in 2021, unless Trump and Putin agree to extend it.

Despite the ticking clock, there have been no talks about replacing the accord or prolonging it for five more years.

And that’s another underlying danger. New agreements, which could also include China or others, as requested by the US, cannot be implemented overnight. It takes sometimes decades to negotiate and put them into force.

Although French President Macron in February called on Europeans to propose together “an international agenda of arms control” and disarmament experts have called for an “urgent response”, including from the Europeans, not much has moved so far.

European leaders should have put more pressure on Putin and Trump to keep the now-defunct treaties. To set back the Doomsday clock, it takes more than two visionary leaders like the INF Treaty fathers, Gorbachev and Reagan.

The disarmament debate needs a change in understanding that nuclear arms control is not only a catch-phrase of the far-left but a core part of any national security strategy.

The European Parliament has refused to publish on its English website a press release acknowledging its mistake when it targeted three Greek officials of its Athens branch as part of an administrative inquiry launched in 2018.

The EU’s pivotal Farm to Fork (F2F) strategy softened its stance on meat compared to the previous draft versions but offered staunch support for alternative proteins, which campaigners said was the first step in the right direction.

A group of eight EU countries from the Balkans and the east have joined forces to defend the “role of natural gas in a climate-neutral Europe”. In a joint paper, the group of eight calls for “combined electricity – gas solutions” in the transition to net-zero emissions by 2050.

Former Ukrainian president Petro Poroshenko, now a lawmaker, has been called in for “urgent questioning” by the State Bureau of Investigation (SBI) in a case involving the smuggling of 43 valuable paintings out of Ukraine, the state’s investigation service agency said.

A Europe-wide project launched in 2018 was already helping disengaged young citizens to find training and jobs when the COVID-19 outbreak started, rendering the programme more difficult but also more necessary than ever.

The US has secured almost a third of the first one billion doses planned for AstraZeneca’s experimental COVID-19 vaccine by pledging up to $1.2 billion, as world powers scramble for medicines to get their economies back to work.