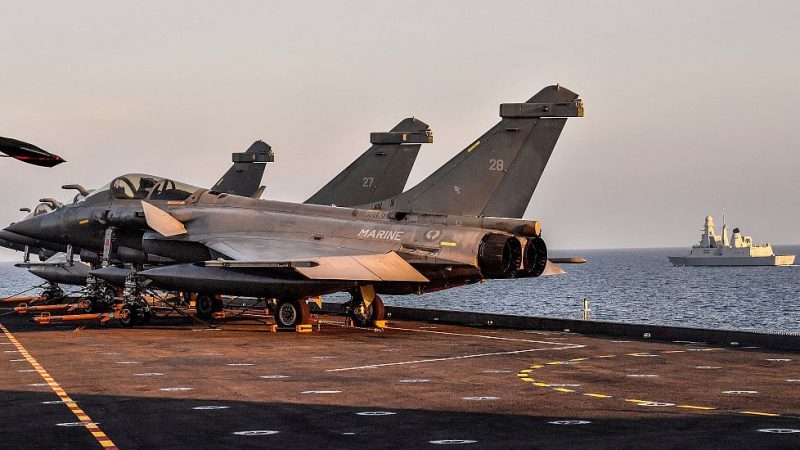 A proposal by the heir apparent to German Chancellor Angela Merkel to develop a European aircraft carrier with France would be a first. But the subject seems too sensitive and complex to open the door to advanced cooperation anytime soon. EURACTIV France’s partner Bruxelles2.eu reports.

Annegret Kramp-Karrenbauer, who succeeded  Merkel as head of the Christian Democrats (CDU), included the idea in an opinion piece reacting to Emmanuel Macron’s exposé on European politics.

While the notion may seem appealing, there are several complex obstacles to building a multi-country aircraft carrier.

Although an aircraft carrier is a political symbol, it is first and foremost a tool of military power. Its deployment, escort and aircraft sends a strong message. Its impact in a multinational context is difficult to predict. As are what decision-making processes should come beforehand.

Deployment priorities would not be the same in different countries. The French would like station it in the Mediterranean, the Indian Ocean or even Asia, while the Germans would probably have prioritise the Atlantic.

The system is important and requires high-level training for each crew. “The aircraft carrier is the Grail,” said Joseph Henrotin, editor-in-chief of specialised magazine DSI and author of several books on naval strategy.

“For a state with a real expeditionary and naval aviation culture, this is already not easy. For a state that does not have it, like Germany, it is really complicated.”

Division of tasks between industries is not easy when it comes to projects currently underway (the fighter jet of the future SCAF, the tank of the future MGCS etc).

The naval defence industry remains one of the most fragmented in Europe, with no less than five national champions: France, Germany, Italy, the United Kingdom and Spain (The Netherlands could also join their ranks).

But only the UK and France have the instant capacity to build this kind of ship without collaborating with others.

So another challenge will be integrating other countries and guaranteeing them economic benefits commensurate with the investment made.

No easy task, given that the most recent European aircraft carrier programme, the British Queen Elizabeth class, cost more than €6 billion for two ships.

The choice of an aircraft carrier also raises a multitude of questions about chosen technologies. The most obvious one is what powers its engines.

All these choices have consequences for the boat’s capacities, its maintenance, its cost, its autonomy and the industrial partnerships to be signed with the American partner.

Then there is the choice of aircraft on board: Should it be the proposed future Franco-German fighter plane or an American-made aircraft?

These questions may well remain unanswered for some time.