As EURACTIV reported from the London summit last week, Turkey had threatened to block a NATO agreement for the defence of Poland and the Baltic states unless the alliance agreed to designate Syrian Kurdish fighters Ankara targeted in an October military offensive as terrorists. 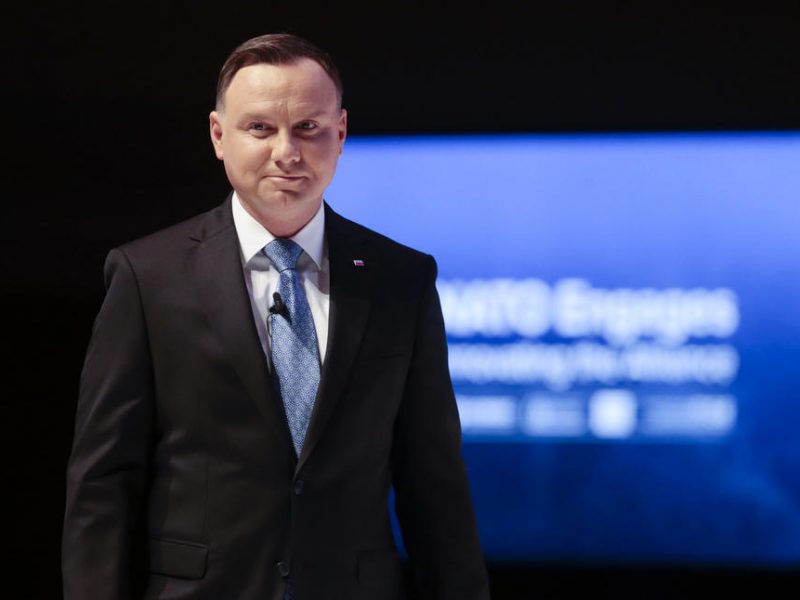 Although it was unclear why Erdoğan dropped the demand after Wednesday’s talks, NATO Secretary-General Jens Stoltenberg confirmed to reporters there had been no discussion of the Kurdish militia during the working session that could have swayed his position, while sources said there had been an unscheduled meeting between Erdoğan and Trump.

However, speaking to reporters after the summit, Erdoğan said NATO allies must not abandon Turkey in its fight against terrorism after he approved the Poland-Baltics plan at the request of the leaders of France, Germany, Poland and on Stoltenberg’s insistence.

“They all called us and asked us for support on this. After talks with my colleagues, we said yes to this, but you must not abandon us in the fight against terror,” Erdoğan said in Watford.

Two days later, during a visit to Italy and in what can be seen as a u-turn to announcements made in London, Turkey’s foreign minister Mevlüt Çavuşoğlu said Ankara’s position on the matter has not changed and his country would block the final publication of NATO’s Eastern defence blueprint until allies agreed to brand the YPG a terrorist group.

Çavuşoğlu stated that Turkey agreed to move to the “next stage of the arrangements”, but absolutely did not agree to any arrangements related to the approval of the defence plan itself, emphasising that “there is no compromise.”

“Ankara will block the plan until it receives a proposal for a defence plan for Turkey, which must be in line with the Turkish viewpoint on YPG,” the Turkish minister said.

Çavuşoğlu added that “there will be no plan to defend the Eastern Flank unless Turkey receives a similar plan”  and Ankara’s position during the London meeting was merely a “gesture of goodwill towards allies.”

“It would be unfair if some countries supported the plan to defend the Eastern Flank and at the same time refused to agree on a similar plan for us,” he added.

During last week’s NATO summit, Turkey’s blockade announcement provoked a strong reaction in Eastern European member states, which are already anxious about some of their fellow NATO allies’ commitment to their defence after Macron’s “brain death” comments.

A senior Polish official said Monday (9 December) there could be no backtracking from a NATO decision to pursue a defence plan for Poland and the Baltics after Ankara suggested it might still block it until allies designate a Kurdish militia as terrorists.

“There is no going back from the decision made at NATO (last week),” Krzysztof Szczerski, an aide to Poland’s president, told Reuters on Monday. “Decisions were made for both the Polish-Baltic and the Turkish plans and now we are waiting to implement the plans. That’s a military matter.”

Turkish Defence Minister Hulusi Akar reaffirmed on Monday that Ankara wanted both defence plans to be published together and said Turkey would not yield on its demands regarding the YPG.

“We allowed the Poland and Baltic plan, which is under revision, to pass the NATO Council and be re-evaluated at the military committee,” Akar told state media.

“However, after talks with the NATO Secretary-General, we agreed that both plans should be published at the same time,” he said, adding that Turkey was open to cooperating on the issue.

While Baltic defence ministers and Duda have appeared to be more optimistic for a solution on the matter during the London summit, Eastern European officials, when asked about the prospect of appeasement on background, were cautious, with one of them saying that to some “it feels a bit like the region has once again become a pawn in big power politics”.

Senior foreign policy adviser to Erdoğan, Gülnur Aybet, stressed during a townhall-event organised ahead of the meetings that from a Turkish perspective, the dispute over the defence plan is an “internal NATO matter” that leaders need to address behind closed doors.

Western European leaders are losing patience with Turkey which they say under Erdoğan is sliding further into authoritarianism.

Major cracks between NATO allies and the second largest country in the alliance Turkey worsened after the failed 2016 coup, aggravated by Washington’s reluctance to extradite Turkish cleric Fethullah Gülen, whom Erdoğan considers to be the coup’s architect.

In the past months, many NATO allies and officials repeatedly voiced concerns about Turkey’s shift inside the alliance, especially after Ankara’s purchase of the Russian S-400 missile defence system – which is said to be incompatible with and therefore uncontrollable by NATO communication systems.

According to a senior official of the Russian military cooperation agency, quoted by Interfax, Russia and Turkey are working on a contract for the supply of a new batch of Russian S-400 anti-aircraft and missile defence systems, with Moscow hoping to conclude the deal in the first half of 2020.