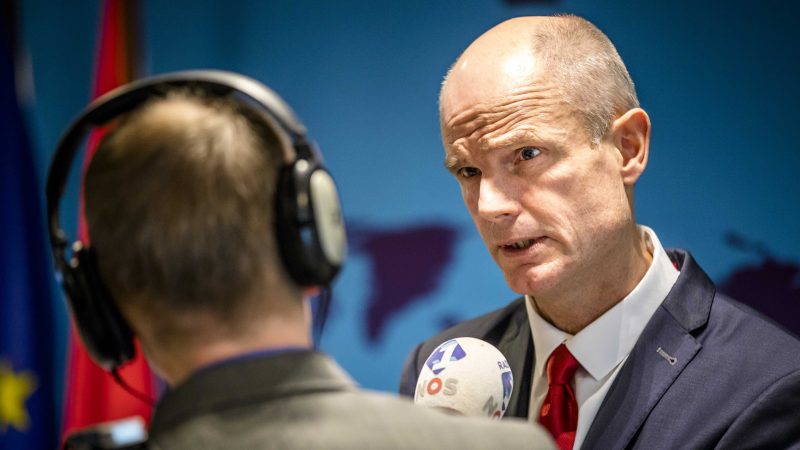 Dutch minister of foreign affairs Stef Blok talks to journalists in the parliament in The Hague, The Netherlands, 8 January 2019. The Dutch intelligence service 'has strong indications that Iran was involved in the assassinations of two Dutch nationals of Iranian origin, in Almere in 2015 and in The Hague in 2017,' Blok said in a letter to parliament. [Bart Maat/EPA/EFE]

The move by the 28-nation bloc was announced as the Dutch government said it believed Iran was behind the murders of two dissidents in 2015 and 2017.

The EU and the Netherlands take strong action against Iranian unlawful interference in Europe. Targeted sanctions and a clear message underline that this behavior is unacceptable and needs to stop immediately. https://t.co/aBDOq24Atm

“Very encouraging that (the) EU has just agreed on new targeted sanctions against Iran in response to hostile activities and plots being planned and perpetrated in Europe, including Denmark,” Danish Prime Minister Lars Lokke Rasmussen said.

Very encouraging that EU has just agreed on new targeted sanctions against Iran in response to hostile activities and plots being planned and perpetrated in Europe, including Denmark. EU stands united – such actions are unacceptable and must have consequences. #dkpol #eudk

The “EU stands united — such actions are unacceptable and must have consequences,” he tweeted.

Sanctions include the freezing of funds and other financial assets of the Iranian intelligence ministry and individuals, officials said.

“Accusing Iran does not release Europe from its responsibility for hosting terrorists,” he said in a tweet.

More sanctions not ‘ruled out’ 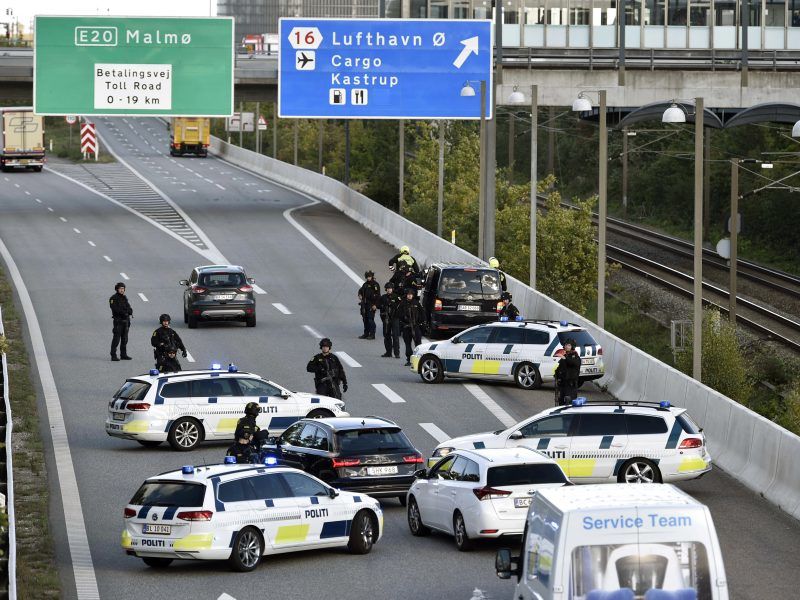 A manhunt related to the alleged plot against three Iranians suspected of belonging to the Arab Struggle Movement for the Liberation of Ahvaz (ASMLA) led to the shutdown of bridges to Sweden, as well as ferries, on 28 September.

The French security services concluded that the head of operations at the Iranian intelligence ministry had ordered a plot to bomb a rally of the People’s Mujahedeen of Iran (MEK) opposition group in a suburb of Paris in June last year — which Tehran strongly denied.

“When the sanctions were announced, the Netherlands, together with the United Kingdom, France, Germany, Denmark and Belgium, met Iranian authorities,” Dutch Foreign Minister Stef Blok said.

The meeting conveyed “serious concerns regarding Iran’s probable involvement in these hostile acts on EU territory,” Blok said in a letter to parliament in The Hague, also signed by Interior Minister Kajsa Ollongren.

“Iran is expected to cooperate fully in removing the present concerns and, where necessary, aiding in criminal investigations,” the letter said.

“If such cooperation is not forthcoming, further sanctions cannot be ruled out,” it added.

The EU has previously trodden cautiously on Iran as it sought to save a beleaguered nuclear deal with Tehran after the US withdrew last year and imposed new sanctions.

The Dutch ministers said that at a meeting with Iranian officials “it was emphasised that the measures were not linked” to the Iran nuclear deal.

“Nevertheless, Iran will be held to account for all matters that affect EU and international security interests” including the 2015 and 2017 assassinations in the Netherlands, the letter said.

Dutch police have previously named the two victims as Ali Motamed, 56, who was killed in the central city of Almere in December 2015, and Ahmad Molla Nissi, 52, murdered in The Hague in November 2017.

Dutch news reports had said Motamed was living in the Netherlands under a false name and is really Mohammad Reza Kolahi Samadi — the man behind the largest bomb attack in Iran in 1981.

Nissi was shot dead in The Hague from a moving car, later found to have been stolen from a suburb outside Rotterdam.

Dutch police said Nissi was the chairman of the ASMLA, which advocates the independence of southwestern Iran’s Ahwaz area.

Tehran at the time protested the expulsion as an “unfriendly and destructive move” and threatened to retaliate.

US State Secretary Mike Pompeo tweeted a map acknowledging several Iran-sponsored attacks in Europe, including the bombing of a bus with Israeli tourists at Burgas airport in Bulgaria on July 2012.

Today, EU issued its first sanctions against the Iranian regime since the Iran deal, and the Netherlands disclosed that #Iran directed the assassinations of two Dutch nationals in 2015 and 2017. This follows Denmark and France foiling two Iranian terrorist attacks in 2018. pic.twitter.com/tz7U4pTLh8

Israeli Prime Minister Benjamin Netanyahu said during a visit in Sofia on 1 November that Mossad had prevented the attacks in France and Denmark from happening.

Strangely, it is only now that the international press highlighted this detail.

NEWS: Israeli Mossad is behind the uncovering of Iranian Ministry of Intelligence plots targeting dissidents, leading to the new EU sanctions https://t.co/p3sJOPjQTR

"Diplomatic and economic sanctions are the only effective approach to dealing with a country that continues to target regime opponents on European soil with impunity. This tactic, however, is undermined by the EU's general approach to Iran, of providing economic benefit to the regime in the hope that it will moderate its behaviour. Actively encouraging EU businesses to stay in Iran, for example through the proposed special purpose vehicle, takes the force away from this move to sanction Iranian Intelligence staff, and ultimately renders the EU's foreign policy ineffectual in dealing with the Iranian regime."

The AJC Transatlantic Institute welcomed the EU decision to impose sanctions on a unit of the Iranian Ministry of Intelligence and Security and two Iranian nationals after a string of terror plots in Europe.

“For far too long, the Iranian regime has gotten away with its criminal and terrorist activities on European soil. Today’s move by the EU Council to impose sanctions on the responsible unit at the intelligence ministry in Tehran and two individuals is a promising signal,” said Daniel Schwammenthal, director of the American Jewish Committee’s (AJC) Brussels-based Transatlantic Institute. “European governments finally broke the deafening diplomatic silence that had been festering ever since the regime began its campaign of assassinations and terror plots in Europe.”

“Due to the seriousness of Iran’s crimes, the newest round of EU sanctions can only be the first step toward a comprehensive review of the bloc’s relationship with the Islamic Republic,” Schwammenthal added. “In particular, European governments ought to join forces with the U.S. in confronting Iran’s expanding ballistic missile program and urgently do away with its artificial distinction between Hezbollah’s so-called ‘military’ and ‘political’ wings to finally list the entire organization and ban its activities in Europe,” Schwammenthal said.