US Ambassador to Germany, Richard Grenell, has called out German Social Democrats (SPD) over reigniting a discussion on the stationing of US nuclear weapons in the country and questioned Berlin’s devotion to NATO commitments. EURACTIV Germany reports.

A little more than a week after the SPD reopened the debate around US nuclear weapons stationed in Germany, Grenell weighed in with an op-ed published on Thursday (14 May) in the German newspaper Die Welt.

In it, Grenell makes the case for NATO’s continued relevance in the face of threats coming from Russia, China, and North Korea, and emphasises the role of NATO’s nuclear deterrence as a way to preserve peace.

However, according to Grenell, Germany is “eroding the solidarity that undergirds NATO’s nuclear deterrent.” 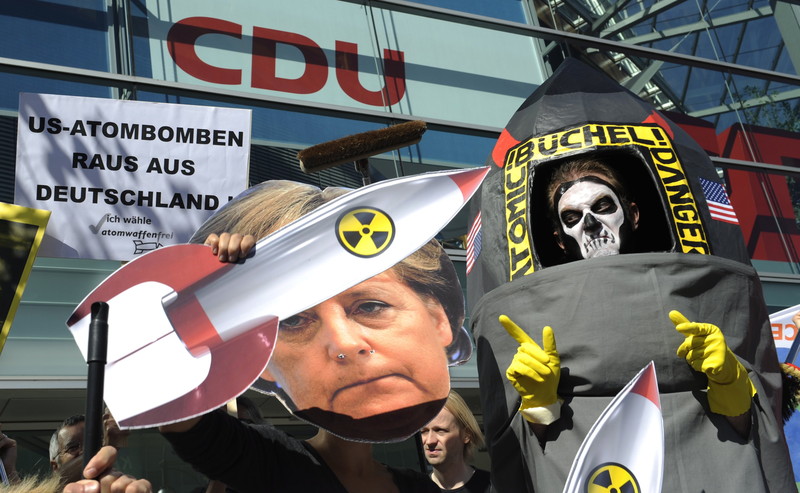 Grenell’s comments came after SPD Bundestag leader Rolf Mützenich demanded that Germany “exclude the stationing of US nuclear weapons in the future” in an interview with Der Tagesspiegel earlier this month.

Some party colleagues, including foreign minister Heiko Maas, have rowed back on the statement.

However, other SPD politicians, including party co-chair Norbert Walter-Borjans, want to have a debate about Germany’s role in NATO’s nuclear strategy, as has been reported by EURACTIV Germany.

For Grenell, such a debate is unacceptable. Instead, he demands that “Germany’s political leadership, especially that of the SPD, […] make it clear that the Federal Republic is honouring these commitments [to NATO] and standing by its allies.”

This is not the first time that Grenell has issued demands to Germany on its NATO commitments. Since taking up his post in May 2018, he has repeatedly called on the country to meet the defence spending threshold of 2% of GDP.

In August 2019, he threatened to withdraw part of the US troop presence from Germany unless the country met its budgetary contributions.

His uncompromising tone and the perception that he is meddling in internal German political affairs has made him unpopular with German politicians and the public.