With the only remaining nuclear arms control treaty between the two largest nuclear powers poised to expire in less than a year, the US and Russia have agreed to start nuclear arms negotiations in June. China, which has not been part of agreements to limit nuclear arsenals in the past, has been invited to join.

Today agreed with the Russian Deputy Foreign Minister Ryabkov on time and place for nuclear arms negotiations in June. China also invited. Will China show and negotiate in good faith?

Bilingslea and Ryabkov are set to meet in Vienna on 22 June to start talks on New START, which limits the number of strategic nuclear warheads held by both countries, is set to expire in 2021, unless Presidents Trump and Putin agree to extend it.

Russia has offered to extend the accord, but the Trump administration has so far insisted that three-way nuclear arms treaty would include China. However, a spokesman for the Chinese Foreign Ministry, Geng Shuang, said in January that China has “no intention to participate” in such talks.

Moscow announced it won’t press China to join the talks, despite Washington’s urge.

“My answer to whether it’d be possible to bring China to the table would be a flat and straightforward no,” Ryabkov said on Tuesday (9 June) in a Council on Foreign Relations event, indicating Moscow did not oppose the US invitation to China, but it is up to Beijing to agree to it.

“We do not see any Chinese readiness. We do not anticipate that this approach will change anytime soon. And we do not intend to use whatever tools in our capacity to change this because it’s a sovereign choice of any country,” he said.

In turn, Ryabkov suggested that US allies and nuclear powers Britain and France should join the talks.

“The logic is a very simple one — the more we come down in numbers, the higher is the price for every single warhead payload and we cannot simply ignore capabilities of some others.”

According to analysts, unlike during the Cold War, the biggest risk of a geopolitical conflict  now is between the US and China. 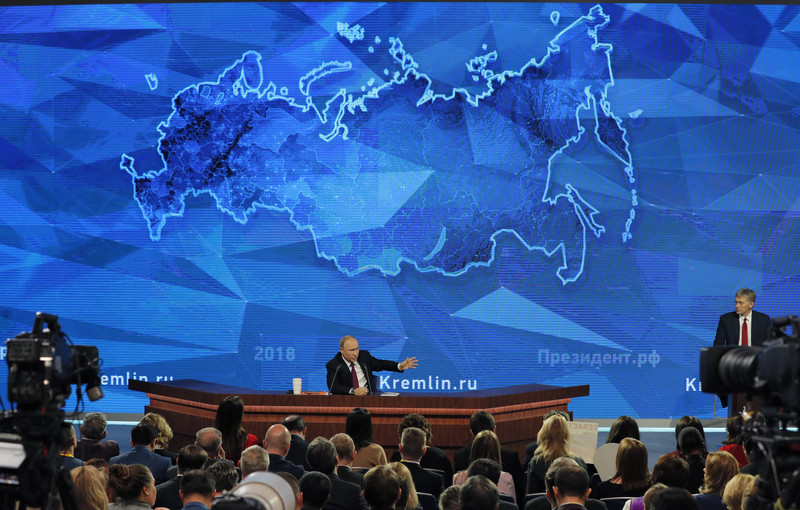 President Vladimir Putin approved a strategic document on the fundamentals of Russia’s nuclear deterrence policy on Tuesday (2 June), naming the creation and deployment of anti-missile and strike weapons in space as one of the main military threats to Russia.

“The fact remains that there is not enough time to make significant progress on a first of its kind trilateral arms control treaty before New START expires,” Kingston Reif, Director for disarmament and threat reduction policy at Arms Control Association, told EURACTIV.

“The best course of action continues to be to extend the existing treaty and pursue the worthwhile goal of a broader agreement long-term,” he added.

Asked whether there would be any incentives that could bring China to the negotiation table, Reif said the likelihood of such course of action is “less to zero”, also due to the growing tensions of the US-China relationship.

The scheduling of talks comes only weeks after Washington announced it would withdraw from the Open Skies Treaty, allowing unarmed surveillance flights over signatory states, the Trump administration’s latest move to pull the country out of yet another major global landmark accord.

Asked by EURACTIV whether NATO was informed over those talks and how will it contribute, considering Europe is one of the main theatres for arms control, a NATO official said that while “senior US and Russian diplomats meet in Vienna on a regular basis to discuss arms control matters, the US consistently keeps Allies informed of these talks.”

The NATO official, however, declined to specify whether the current decision had been discussed beforehand.

As the demise of the Open Skies Treaty is set to be on the agenda of the NATO defence ministerial in Brussels next week, NATO officials expect a broader discussion on arms control.