The talks are meant to replace New START, a landmark nuclear arms reduction treaty between the US and Russia which is set to expire next February.

Washington wants a wide-ranging treaty restricting all nuclear weapons, not just strategic ones, US Special Envoy for Arms Control, Marshall Billingslea, told a news conference on Tuesday after a day of “marathon discussions” with the Russian delegation, led by  Deputy Foreign Minister Sergei Ryabkov.

According to him, talks were productive and there was “sufficient common ground” that the two sides agreed to set up multiple technical working groups.

Their progress will determine whether the second round of talks will take place, which could potentially be in late July or beginning of August.

Billingslea did not specify what the working groups would deal with.

“We’ve been very clear that simply perpetuating the Cold War construct of bilateral nuclear arms control in a rapidly proliferating world that has a third country racing towards parity will really no longer make sense,” Billingslea said, in a reference to China.

“What I would say is we have not made a decision one way or another,” Billingslea said when asked if New START would be extended.

Chinese ‘elephant in the room’

He reiterated the official US stance that China should also be involved in the process.

Russia has offered to extend the accord, but the Trump administration has so far insisted that three-way nuclear arms treaty would include China because it says Beijing is secretly racing to increase its arsenal’s size and reach.

Diplomats and experts have warned that Trump’s insistence that China join the talks could obstruct the renewal of a crucial treaty and might even precipitate a new nuclear arms race.

Russia, however, said China joining was unrealistic. Moscow instead favours a multilateral agreement, possibly including France and Britain.

China, whose nuclear arsenal is a fraction of the size of those of the Cold War-era superpowers, has repeatedly declined to take part.  A spokesman for the Chinese Foreign Ministry, Geng Shuang, said already in January that China has “no intention to participate” in such talks. 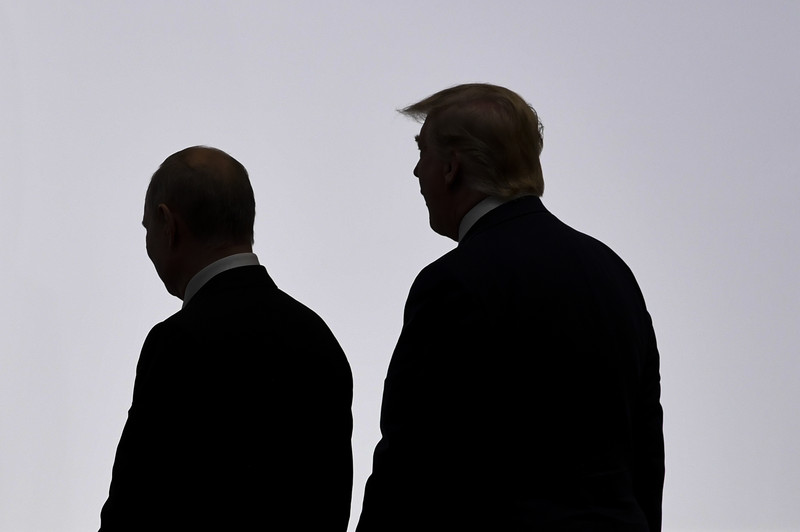 Contacted by EURACTIV over the weekend, the Chinese Mission to the EU reiterated that “China has no intention to take part in the so-called China-US-Russia trilateral arms control negotiations”, a position that according to Beijing’s line will stay “clear and consistent”.

“China’s nuclear capabilities are not in the same league with those of the US and Russia – therefore, the timing for Chinese participation in nuclear disarmament talks might still be far off,” Chinese officials told EURACTIV.

They, however, stressed that while they don’t want to participate in the trilateral talks, they have been “actively calling on the Conference on Disarmament and the five nuclear-weapon states to make substantive efforts to reduce risks of a nuclear war and uphold global strategic stability”.

Experts, however, questioned whether this is a serious attempt by the US side to negotiate with Russia and prolong New START or whether the negotiations will fall flat ahead of the US presidential election in November, taking the Chinese non-participation as an excuse to exit yet another landmark nuclear accord.

“The fact remains that there is not enough time to make significant progress on a first of its kind trilateral arms control treaty before New START expires,” Kingston Reif, director for disarmament and threat reduction policy at Arms Control Association, a US-based disarmament think tank, told EURACTIV last month.

“The best course of action continues to be to extend the existing treaty and pursue the worthwhile goal of a broader agreement long-term,” he added.

Asked whether there would be any incentives that could bring China to the negotiation table, Reif said the likelihood is “less than zero”, also due to the growing tensions of the US-China relationship.